Travel refund chaos: What if voucher expires before you can travel?

The competition watchdog is being urged to come down harder on firms holding pandemic refunds hostage after a Money Mail poll found millions are still waiting for cash.

Our postbag has been flooded with complaints about withheld refunds.

And a survey of more than 1,000 people shows one in ten still hasn’t been refunded for holidays, concerts and other cancelled bookings.

Grounded: Some airlines are refusing to swap refund vouchers for cash even while holidays are still banned

Some 12 per cent of those waiting for their cash have been chasing for more than a year.

It can be revealed:

You have YOUR say: Frustration at the firms not playing fair

My wife and I agreed to move a coach holiday from last year to this summer. Tragically, she passed away in February.

When I contacted the firm, it told me I would need to go to my credit card provider to get the deposit back.

I’ve been trying to get a £162 refund after my flight was cancelled during the first lockdown.

The airline offered me a voucher, which I refused. I’ve tried chasing the company with calls and emails, but I’ve had no success.

As best man for my friend’s wedding, I booked a river cruise for 16 of us in Krakow, Poland.

It was cancelled and the groom now wants to have the stag party in the UK. The firm says it will only refund £432 of the £640 deposit.

We asked for a refund from a travel firm in January and were told we would receive our money by the end of March.

Last week the company informed us that we would now have to wait until October.

I booked a package holiday for last year and agreed for it to be postponed to September 2021.

However, the firm has now put us in a different hotel, which I don’t want to stay in. Whenever I’ve called, they’ve refused to help me.

Our cruise was cancelled in December and when we rang to ask for a refund the following month, we were told it would take 16 weeks. I would have to think seriously before using this company again.

I am waiting on refunds for three flights booked with the same airline, which amount to £264.

I had to apply for each refund separately online. To date, I’ve had no contact – even though the first flight was cancelled in March 2020.

Last summer the CMA said that customers would ‘generally be entitled to a refund’ for goods and services that could no longer be provided because of the pandemic.

And in July it warned more than 100 package holiday companies that they could face enforcement action such as fines if they dragged their feet on refunds.

But consumer experts say many firms are still not playing fair.

James Daley, of Fairer Finance, says: ‘The time for excuses has expired. The CMA needs to threaten more companies with court if that will get them to pay up.’

A survey conducted by Consumer Intelligence for Money Mail found holidaymakers were the most likely to be left out of pocket as a result of cancellations caused by the pandemic.

Four in ten refunds still outstanding are for flights, 17 per cent are for hotels and 5 per cent for cruises.

How to get your money back

If an airline cancels a flight to or from a UK or EU airport, you are entitled to a refund within seven days.

Package-holiday customers should be re-paid within a fortnight.

If you are not getting anywhere or the firm has gone bust, check if you can claim on your travel insurance.

For other refund requests, the Competition and Markets Authority has said firms should pay up as your contract has been ‘frustrated’.

In some cases, such as wedding venues, firms may be permitted to keep a modest sum to cover expenses.

If you spent more than £100 on a credit card, you may be able to claim against the card provider.

Debit card customers can ask for a chargeback (reversing the transaction), but it is not a right and there are time limits on claims.

As a last resort, there is the small claims court.

Meanwhile other companies have pushed, or even forced, customers to take vouchers and credit rather than cash.

More than a third of survey respondents who had received credit or a voucher with an expiry date said they had not been able to use it in time.

And four in five of these customers said a company had refused to extend the deadline for their use.

Jennifer and Keith Temple spent £6,700 on return flights to Australia in order to visit their daughter in March 2020.

The pensioners both 72, paid £4,700 to fly back to London Heathrow with Japan Airlines.

But when Jennifer called Etihad to ask them to cover the cost, she was told only Gotogate – the online travel agency she booked with – could refund her.

However when the retired district nurse called Gotogate, it said it had to wait for money for the flight from Etihad. A year on, Jennifer is yet to be refunded.

Jennifer, from Royston, Herts, says: ‘I’m just appalled by the way we have been treated.’

The CMA has launched probes into eight firms over their failure to refund customers, prompting all but one to commit to clear their backlog.

And last month the CMA threatened to take Teletext Holidays to court over failing to provide refunds.

But Louise Hastings is still waiting for her £790 refund from the firm, 12 months after her trip was cancelled.

The bank worker had booked a week’s stay in Majorca in May last year, but Teletext told her she would not receive a refund until the end of 2020. At the time, Louise, 26, was happy to wait.

But after making monthly calls to Teletext since January, she has still not been refunded.

Louise, from Bootle, Merseyside, says: ‘It’s not fair that they are holding on to my money when I’ve been so patient.’ 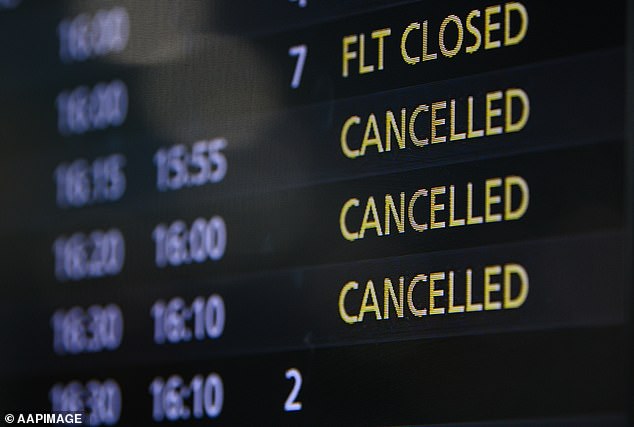 Meanwhile airlines including British Airways and easyJet are refusing to allow passengers to trade in their vouchers or credit notes for cash.

Rory Boland, editor of Which? Travel, says: ‘Many people who accepted flight vouchers did so out of goodwill. So it will strike them as hugely unfair that airlines are now refusing to refund these vouchers despite there being no opportunity to fly.’

Hilary and Kenneth Collins were left with £900 of easyJet vouchers they cannot use because he has cancer and is too ill to travel.

Their family holiday to Tenerife had been cancelled last March, as well as flights to Ibiza for a wedding in August.

The first voucher, worth £563, was due to expire last month and the second £326 voucher had to be used by July. But in the summer Kenneth, 76, was diagnosed with prostate cancer and told to avoid travelling for 18 months.

However, easyJet refused to swap their vouchers for cash.

Hilary, 62, says: ‘Even when travel opens up again we won’t be the first on a plane. It is just not worth the risk.’

A CMA spokesman says it has already secured hundreds of millions of pounds for those struggling to get money back.

‘We will continue to watch firms closely to make sure they stay on the right side of the law and treat their customers fairly,’ he adds.

After Money Mail intervened, easyJet refunded Hilary and Kenneth as a goodwill gesture.

An Etihad spokesman says it was unaware of the Temples’ case because Gotogate had not completed paperwork for the refund properly.

A Gotogate confirmed it has now sent Etihad a new form.