Traveller flying back into Sydney spots a brilliant sign on top of a building near the city’s airport – but would you fall for it?

A traveller flying into Sydney has spotted a hilarious ‘welcome’ sign on the top of a building near the city’s airport.

The man was moments away from touching down in the Harbour City this week when he noticed ‘Welcome to Perth’ scrawled in big white letters across a roof top in Sydney’s inner suburbs.

Sharing a photo of the sign on Reddit, the man said he was impressed by the clever message.

‘Nice welcome sign on approach into Sydney Airport,’ he wrote.

Many praised the sign as ‘brilliant’, with some saying they would easily be tricked into thinking they were on the wrong flight.

‘I am exactly the type of person that would finally manage to get 5 minutes of sleep just before landing, wake up to this dazed and confused and freak the f**k out. Bravo,’ one person wrote.

‘Haha. [I’m] the kind of person who falls asleep and misses their stop, on an airplane,’ another added.

‘As someone who was originally from Perth, I love this,’ a third comment read.

Another said it was a ‘great troll’ while someone else joked that ‘Perth had changed a lot after the pandemic’. 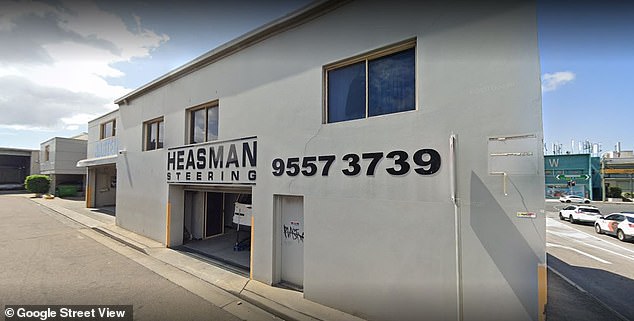 The author was later identified by one social media user as a wheel alignment business in Sydenham.

‘This was done by Heasman Steering and Suspension a couple of months ago,’ they said.