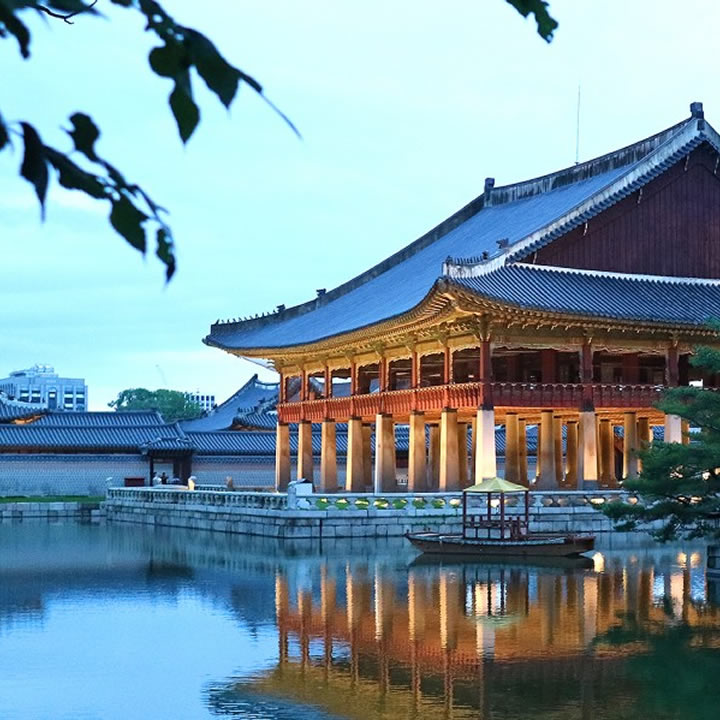 Although Korea may not be the number one destination for many people all over the world, there are plenty of grounds for your next holiday to relax in the country. Following are the reasons why you should travel to Korea at least once in life:

Koreans have several customs throughout the years because of their extensive history. You may still attend traditional Korean dancing and music performances nowadays, while individuals like to dress in traditional costumes (hanbok). In modern Seoul, classic Hanok house barrios are still to be seen with beautiful tea establishments which have been around for decades. This mixture of old and new is exciting to discover when you visit Korea.

Korea has over a thousand years of history. The culture of the land did not alter as much as in other locations due to the natural isolation of the Korean peninsula. You still may admire some of the country’s most important cultural heritage monuments, such as Gyeongbokgung Palace, Seoul’s principal palace. Gyeongju City is also a historic area, and is commonly referred to as a ‘wallless museum.’ The Silla dynasty of Gyeongju, which took place from 57 B.C. to 935 A.D., was the capital of Korea and hosts innumerable royal graves.

Festivals around the year

In Korea, there are more festivals every year, since everyone desires to participate in a handful of major festivals. When the snow is melting and the weather becomes more warm, rosy, and white Cherry flowering, Korea becomes a wonderful wonderland in early spring for a brief time and millions of tourists from all over the nation come to admire the flower. Buddha’s Birthday, another important day, is observed in May, with lantern parades and local temple performances, but in autumn, Koreans celebrate their version of Chuseok thanksgiving and remember their ancestors during festivities.

Korean people are quite proud of their distinctive food. This is another outcome of the remoteness and environment of the nation leading to certain techniques of food preparation. For example, take Kimchi, one of the most common procedures used to protect food in hard winters composed of fermented and salted vegetables preserved in jars for months.

Koreans have built a complex and rich cuisine culture throughout the centuries that included beef, stews, soups, noodles, shellfish, and several side dishes of vegetables. Visit Korea and spend the whole day strolling the street markets to sample these tastes.

Always wondering how immaculate and amazingly gorgeous skin Korean ladies (and men!) have? Koreans view care for their skin as a crucial part of their everyday life and spend more money than anyplace else on skincare and beautification. Many Koreans even have a ten-step morning, night, and daily ritual to keep their skin lovely. Also, they undergo various types of massages for skin and body.

Korean massage (“홈 타이“) and other massages are considered to be the specialty of this country. Therefore it’s no wonder that Korea has innumerable skincare and makeup firms delivering the world’s most creative and future-oriented goods. If that’s not a big cause for going to Korea, we don’t know what it is!

Korea’s dynamic musical culture is internationally recognized. K-pop is a music genre that fascinates people across Asia and the whole of the world. It is part of Korean culture. You will hear the newest industry hits walking through major pedestrian routes in Korea. K-pop lovers travel Korea and attend a K-pop makeover or visit K-pop-themed cafés for their favorite band or singer music label.

Because Korea’s peninsula is a country with magnificent beaches and coastline miles and miles. Korea also has several gorgeous islands, Jeju Island being the most popular and the biggest. Jeju Island, due to its outstanding natural beauty and its amazing beaches, is one of Korea’s most visited attractions. Jeolla-do towards the west of the country is another gorgeous coastline and beach location. In addition, the eastern shore is known to be the earliest in the country for lovely sunrises.

Wherever you go to Korea, you will be amazed by amazing seasonal changes in nature, such as spring cherry flowers, summer floral fields, colorful leaves throughout autumn, and white winter beautiful landscape.

Most Korean visitors are drawn to the unique combination of history, culture, landscape, and gastronomy. This would be a great spot for those who haven’t gone on one of their future visits. This Eastern Asian nation can keep you engaged for several weeks, whether you are on an excursion outside in search of a relaxed temple stay or immerse yourself in Korean pop culture.