Tobacco tycoon Travers ‘Candyman’ Beynon offers free tattoos to fans so they can get VIP access to his notoriously wild parties… but where are the bikini babes?

By Alex Chapman and Zoe Zaczek For Daily Mail Australia

Australia’s answer to Hugh Hefner has tattooed his most avid fans for free in a bizarre marketing ploy.

Tobacco tycoon Travers Beynon invited his followers to get branded over the weekend at more than a dozen Celebrity Ink locations across Australia, Thailand, Indonesia and India.

‘The Candyman’ is offering two tattoo designs – the ‘TB’ Candyman logo or ‘Freechoice’, his tobacco company. 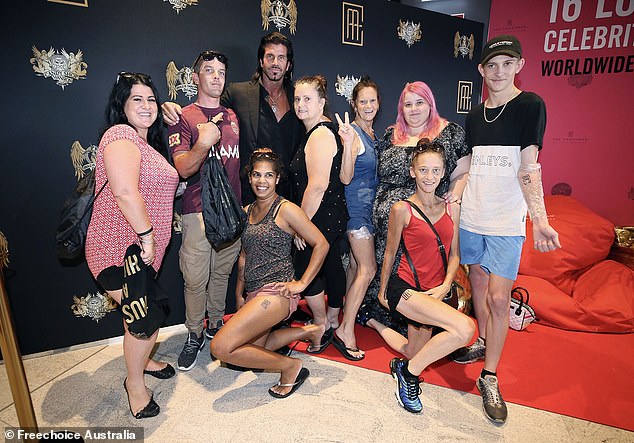 Usually, Benyon himself trawls through social media to pick and choose invitees for his exuberant and elaborate parties – thrown at his ‘Candyshop Mansion’.

However, those who receive the tattoos will get ‘priority VIP access’ to the mogul’s upcoming exclusive parties.

His offer has been widely accepted on its first day, according to Freechoice general manager Bryn Sharp.

Mr Sharp told Daily Mail Australia people of ‘all shapes and sizes’ had come out in droves to get inked – with the expensive lingerie and skimpy outfits usually seen on Mr Benyon’s associates absent.

Mr Benyon himself went to the Coomera shop at 9am on Saturday to watch the first woman receive the tattoo.

He spent more than four hours at the parlour, posing for photos and meeting his fans. 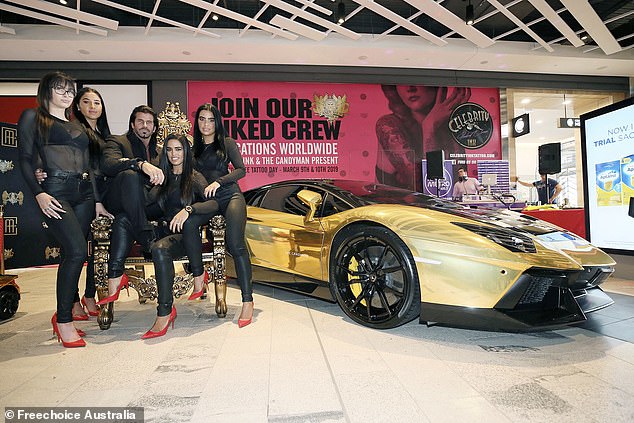 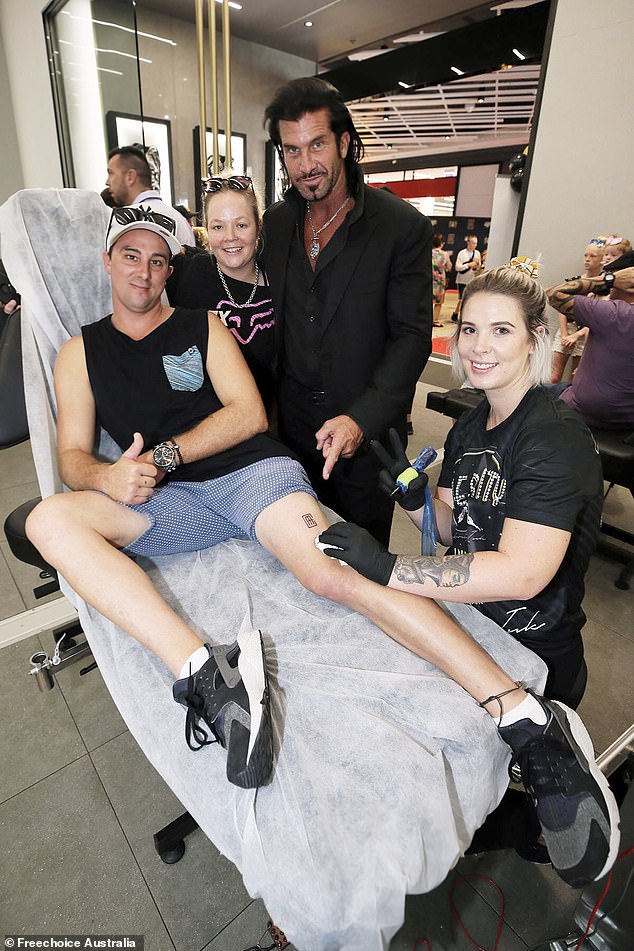 Mr Sharp said there was an ‘overwhelming response’ to children wanting to meet the Candyman.

Those hoping to get tattoos might be left wanting, as three of the parlours have already been entirely booked out.

Southport, Surfers Paradise and Coomera had no spare sessions on Saturday, with spots filling fast for Sunday.

Each shop is equipped with eight tattooists, who put aside 15 minutes for each tattoo.

Lines at Coomera went around the corner as throngs of excited fans waited to get inked.

The event was initially tabbed as being held on one day only, but the overwhelming support forced the tycoon to spread it out over a weekend. 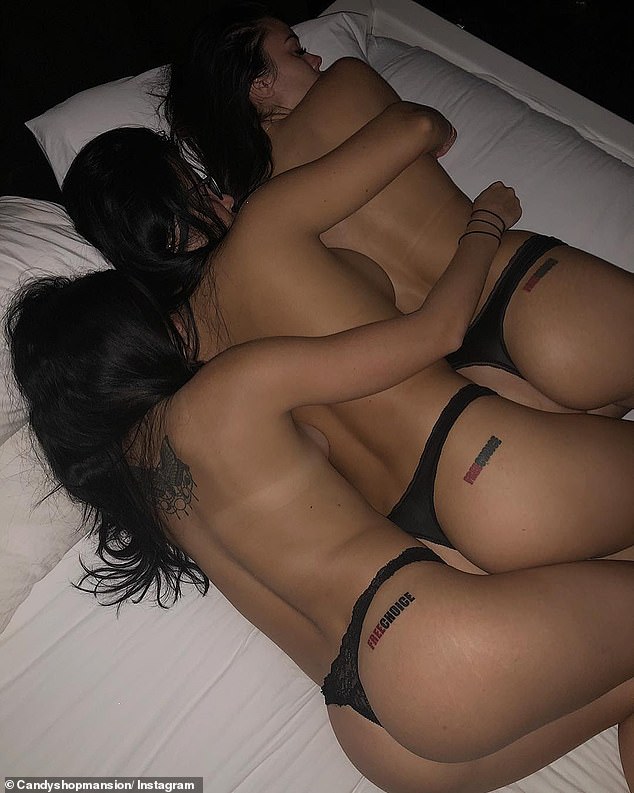 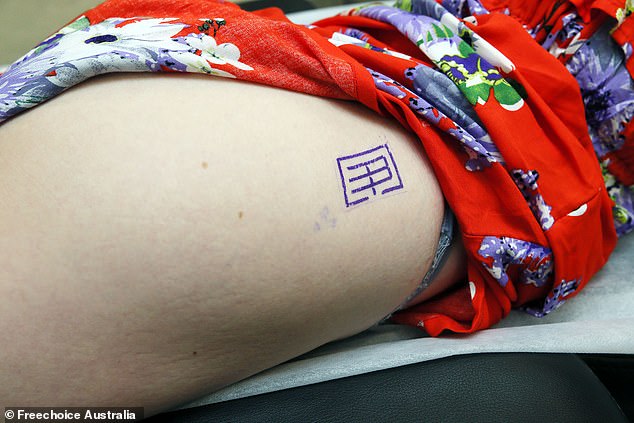 The flashy mogul partnered with Love Nightclub, where his son Valentino is a headline DJ.

Mr Beynon has imprinted his logo on many over the past few years, setting up personal tattoo stations at his own mansion.

Most recently, he installed one in the lavish living room of his luxury home, echoing Hugh Hefner’s Playboy Mansion, where multiple women could be seen being worked on by one of The Candyman’s tattoo artists.

The walls, meanwhile, were adorned with stylish art as a dozen or so other women appeared to wait their turn.

The ‘M’ when turned on its side spells out Benyon’s initials. 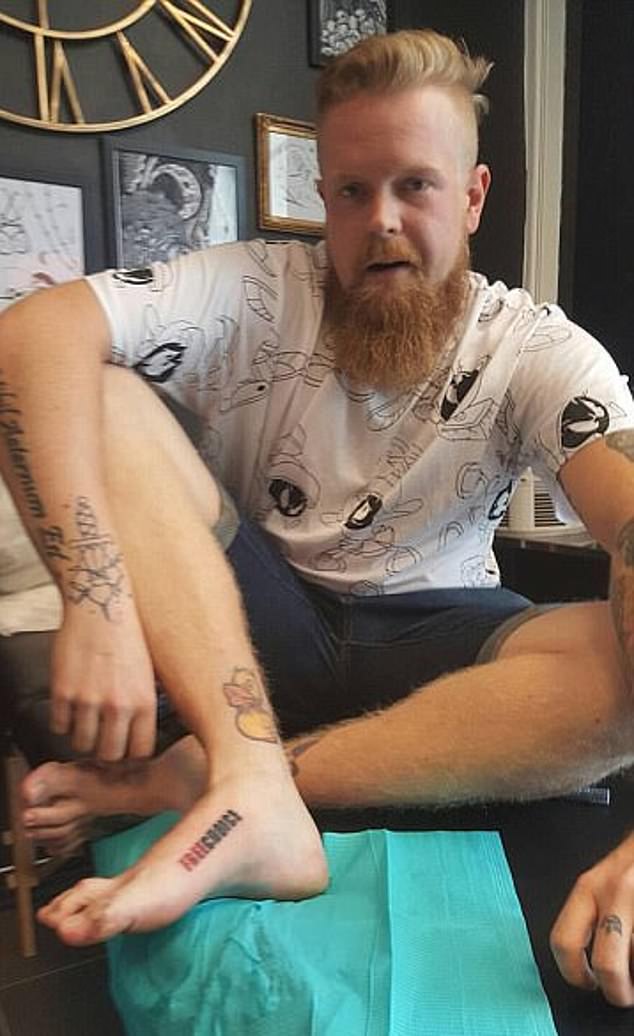 The ‘Candyman’ is offering two tattoo designs – the “TB” Candyman logo or ‘Freechoice’ (pictured), which is his tobacco company.