Travis Scott was spotted shooting a music video in Los Angeles with Pharrell Williams on Friday.

The 31-year-old American rapper was joined on the exterior set by famed producer Pharrell Williams. The two appeared to review a few things before bringing out the cameras and filming.

The Houston-bred rapper and producer wore denim jeans with cowboy boot-styled embroidery above his sneakers and a Slayer t-shirt.

Back at work: Travis Scott was spotted shooting a music video in Los Angeles with Pharrell Williams on Friday 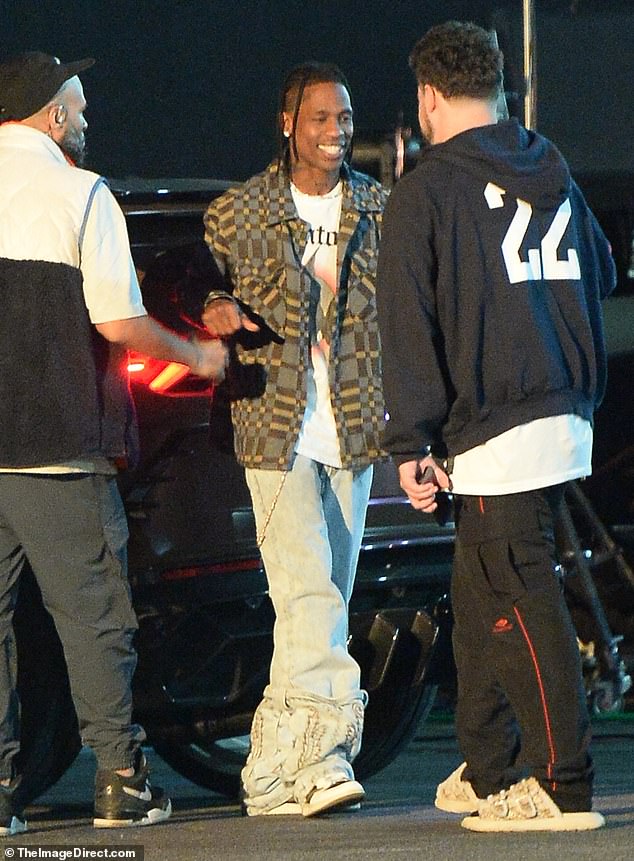 Looking good: Travis Scott was joined on the exterior set by famed producer where they appeared to review a few things before filming

Travis rocked his signature braided hairstyle and completed his look with glittering diamond studs in his ears, a flashy chain, and sunglasses.

The performer has kept a low profile since tragedy struck his sold-out Astroworld Festival in November last year.

A devastating crowd surge occurred during the performance, killing eight people and two more who died later in the hospital from compression asphyxiation. 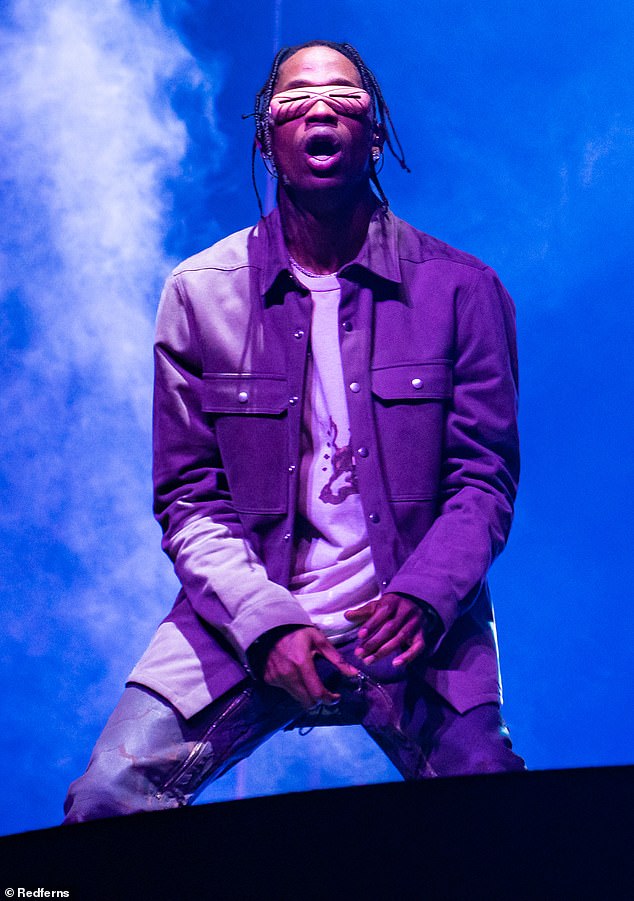 On stage again: The performer has kept a low profile since tragedy struck his sold-out Astroworld Festival in November last year – pictured at The O2 Arena on August 07 in London, England 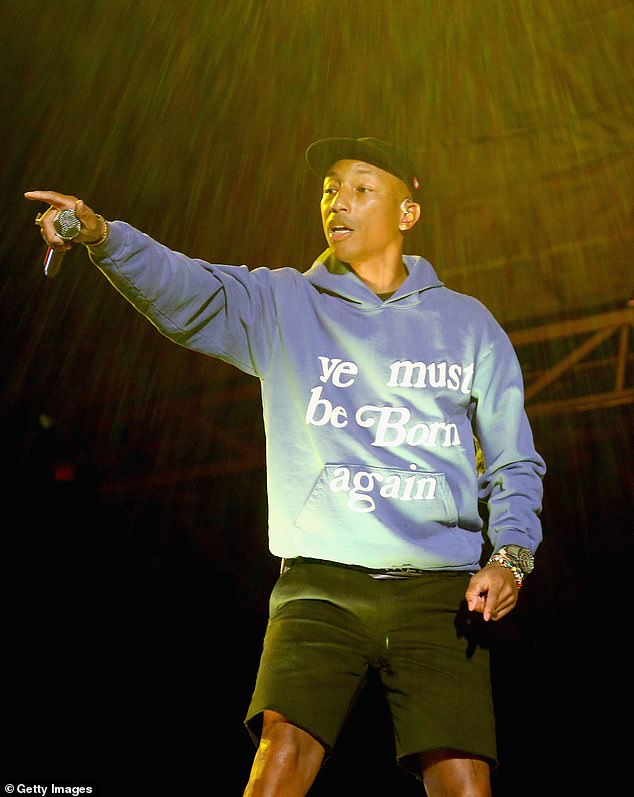 Clap along: Pharrell performs in concert during the second annual Astroworld Festival at NRG Park on November 9, 2019 in Houston, Texas 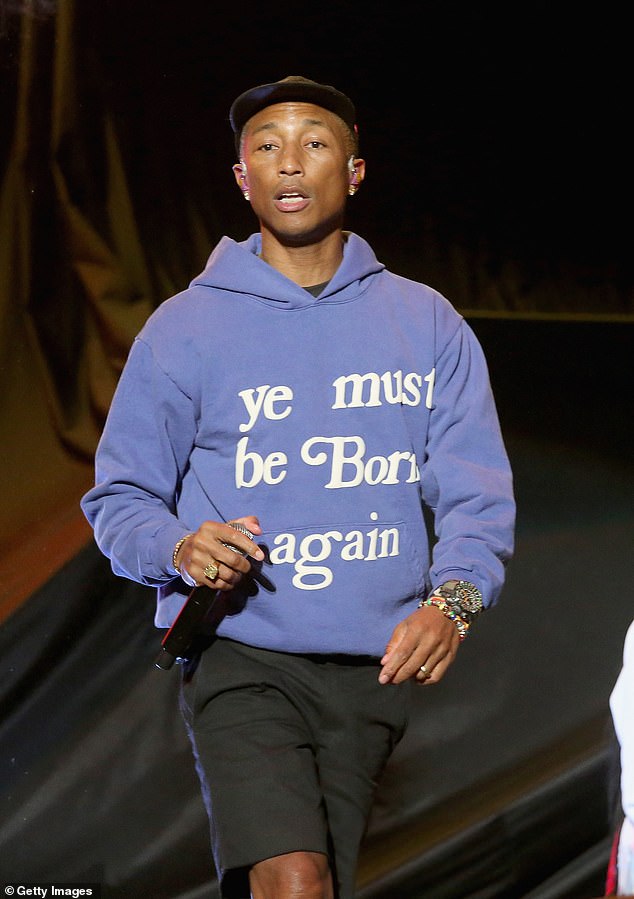 Happy: Williams has received numerous accolades and nominations; he has won 13 Grammy including three as Producer of the Year

The singer has repeatedly dodged responsibility for the tragedy, at one point blaming his ‘in-ear’ person for not stopping the show, despite the crowd begging for him to do so.

Alex Hilliard, an attorney representing the family of victim Ezra Blount, nine, told TMZ that Travis ‘didn’t just learn’ he has control over the crowds at his shows.

The rapper stopped his show in Coney Island on July 4 after some fans climbed up a lighting truss during his performance. 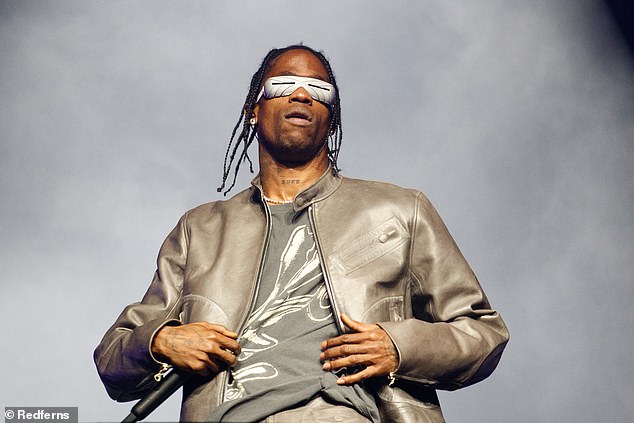 Fan safety: The rapper stopped his show in Coney Island on July 4 after some fans climbed up a lighting truss during his performance 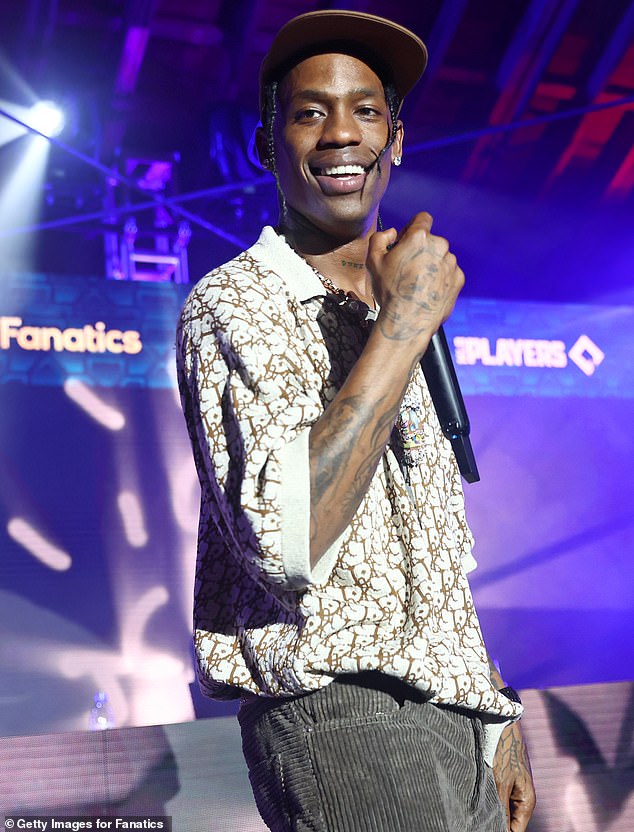 Rare show: Scott performed after onstage during the “Players Party” co-hosted by Michael Rubin, on July 18 in Los Angeles, California 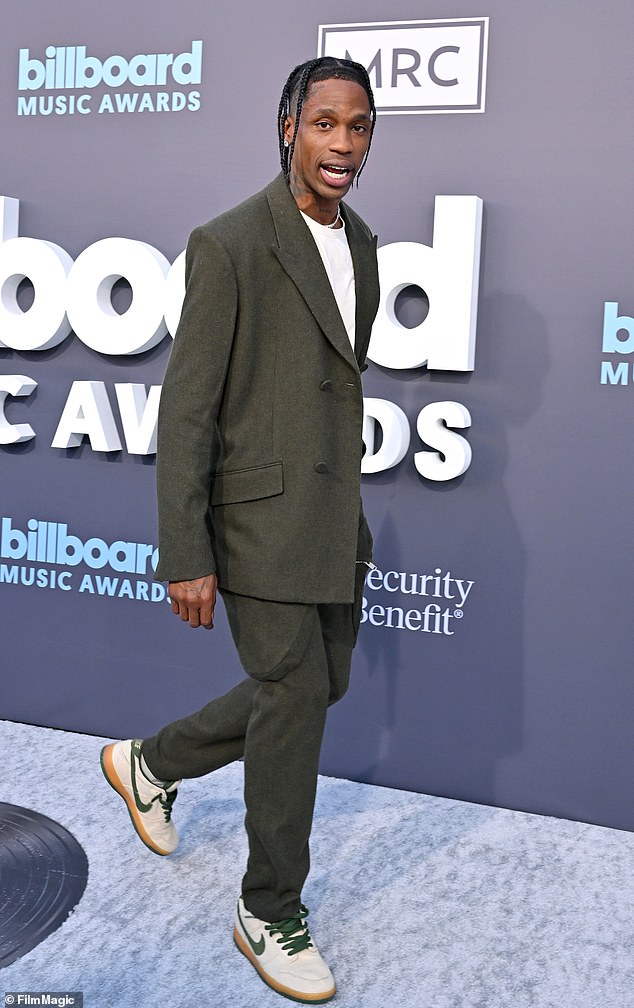 Busy guy: The rapper attended the 2022 Billboard Music Awards at MGM Grand Garden Arena on May 15 in Las Vegas, Nevada

Travis then resumed the show after ordering them to climb down.

The family of the late nine-year-old victim has filed suit against the performer, that claims he picks and chooses when to put fan safety first, adding that he knows how to stop a performance when he wants to.

The BET Award winner and his girlfriend, Kylie Jenner, have two children: four-year-old Stormi Webster and a six-month-old son. 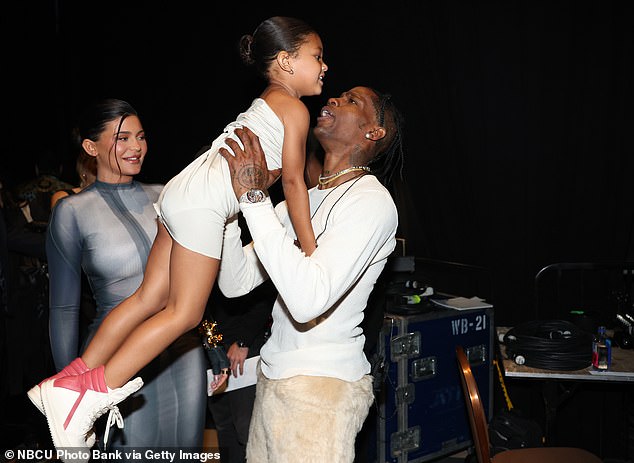 Family man: The happy dad held his daughter in the air backstage at the Bilboard Music Awards – pictured (l-r) Kylie Jenner, Stormi Webster, and Travis Scott at the MGM Grand Garden Arena on May 15 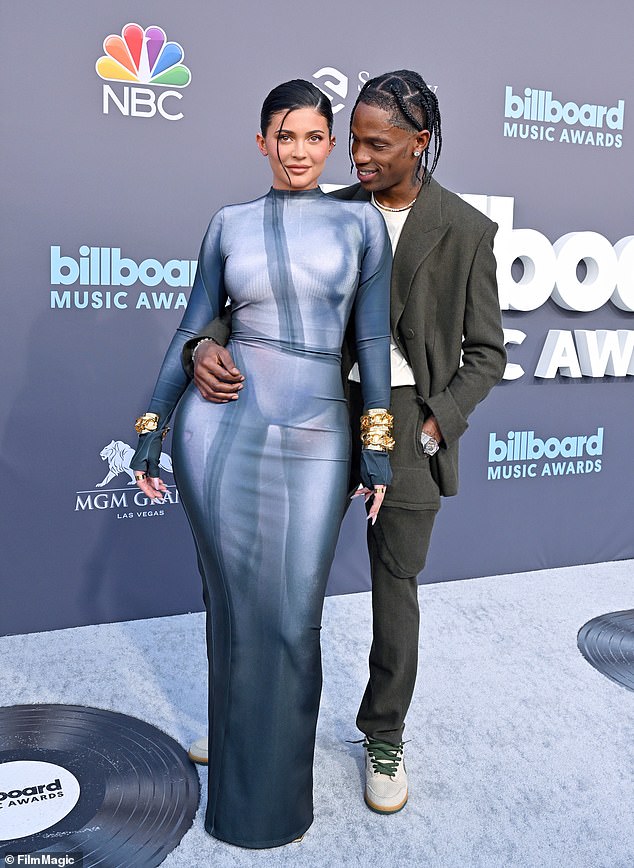 Va Voom: Kylie and Travis looking in love on the grey carpet 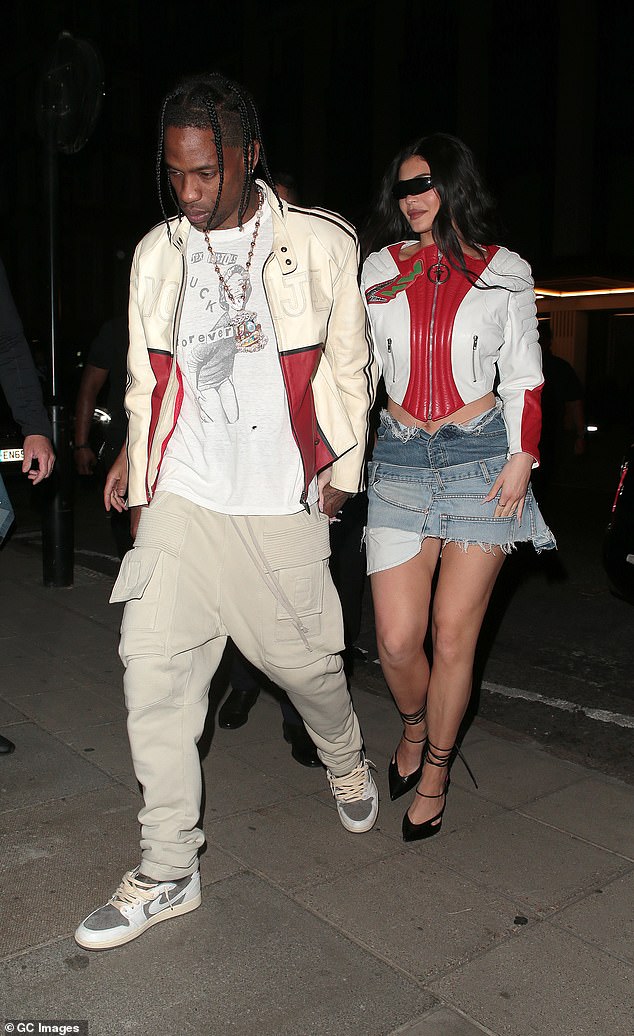 Matching duo: Scott and Jenner were seen on a night out at The Twenty Two in Mayfair on August 06 in London, England