A photo has emerged showing Treasury Secretary Steven Mnuchin watching, and enjoying, the solar eclipse during his August trip to Fort Knox, despite him saying he wasn’t interested.

When Mnuchin was asked about the once-in-a-lifetime celestial spectacle, he said: ‘People in Kentucky took this stuff very seriously. Being a New Yorker, I don’t have any interest in watching the eclipse.’

However, in the photo revealed by Think Progress, which was obtained via a FOIA request, Mnuchin and wife Louise Linton appear to be enjoying just that, donning eclipse spectacles for their viewing pleasure during the $26,000 taxpayer funded trip.

The trip sparked a flurry of questions about how Mnuchin had been using chartered military aircraft to fly around the country.

Not interested? Treasury Secretary Steven Mnuchin and wife Louise Linton appear to be enjoying the solar eclipse perfectly situated in the path of totality, during a day trip to Fort Knox using a military jet costing tax payers an eye-watering $26,900 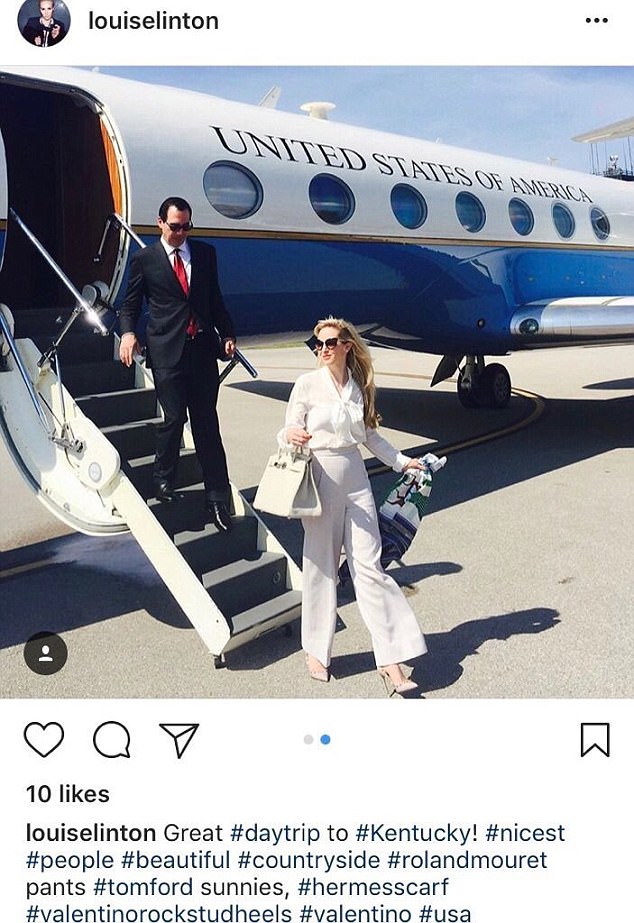 The trip prompted attention when his wife posted this photo of their ‘day trip’ aboard a military jet, tagging her designer duds to boot. Questions quickly followed about the trip’s timing lining up perfectly for the couple to see the once-in-a-lifetime eclipse in the path of totality

South-west Kentucky – around 100 miles from Fort Knox – was indeed directly positioned to get the best views of the eclipse as it occurred over the country.

In September, a month after the trip, the office for the Treasury Department’s Inspector General said it was is probing Mnuchin’s trip to Kentucky.

‘We are reviewing the circumstances of the Secretary’s August 21 flight… to determine whether all applicable travel, ethics, and appropriation laws and policies were observed,’ said counsel for the IG’s office Rich Delmar.

‘When our review is complete, we will advise the appropriate officials, in accordance with the Inspector General Act and established procedures,’ Delmar told told the The Washington Post at the time.

DailyMail.com reached out to the Inspector General to determine if the review has concluded.

Cabinet members generally are supposed to fly commercial when possible. Government aircraft are for use only on official business. Mnuchin toured Ft. Knox on the trip as well as attended an event with Sen. Minority Leader Mitch McConnell of Kentucky.

The trip saw an additional burst of exposure after Linton found herself in an Instagram spat over a photo of she and her new husband arriving at Fort Knox on the visit.

McConnell posted on Facebook a sun-lit image of himself and Mnuchin – with no trace of Linton in the shot – outside the front door of Ft. Knox, which Mnuchin toured during the one day trip.

‘The U.S. Department of the Treasury Secretary Steven Mnuchin and I in front of the main door to the United States Bullion Depository at Fort Knox before we viewed the #solareclipse today,’ McConnell wrote, in an image from Fort Knox, Kentucky.

In fact, government officials said Mnuchin only briefly viewed it on the buildings front lawn. 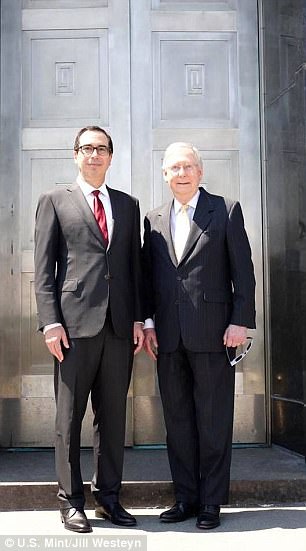 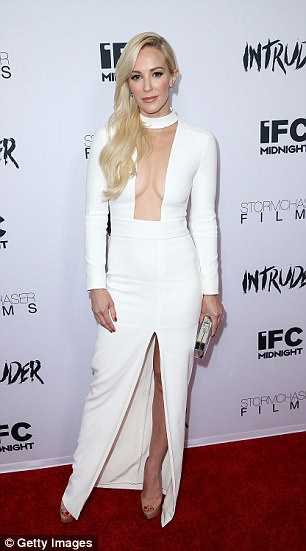 Mnuchin was there to talk up Trump’s tax plans, but said he would also visit Fort Knox with Sen. Mitch McConnell (both seen left). Linton (right) was along for the trip

Mnuchin’s trip to Kentucky – during which he talked up Donald Trump’s tax plans – made him just the third sitting Treasury Secretary to visit the bullion depository.

The Courier-Journal said that Mnuchin had answered questions at the Olmsted hotel, in a meeting sponsored by the Louisville Chamber of Commerce.

It noted that afterwards Mnuchin, 54, and Linton, 36, were to engage in a tour with McConnell, who was also present.

‘The two were headed to Fort Knox with McConnell after the lunch to tour the bullion reserve at the Army post and view the eclipse,’ the paper reported.

Watchdog group Citizens for Responsibility and Ethics in Washington (CREW) had already sought documents related to the trip.

It wants to see ‘all records concerning authorization for and the costs of Treasury Secretary Steven Mnuchin’s use of a government plane to travel to Lexington, Kentucky on Monday, August 21, accompanied by his wife Louise Linton.’ 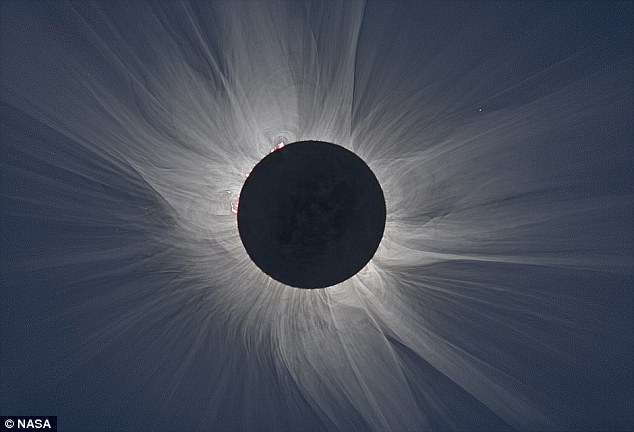 Watchdog groups say Mnuchin shouldn’t have used a taxpayer-funded plane if he was there to see the eclipse. His tax talk was paid for by the Louisville Chamber of Commerce 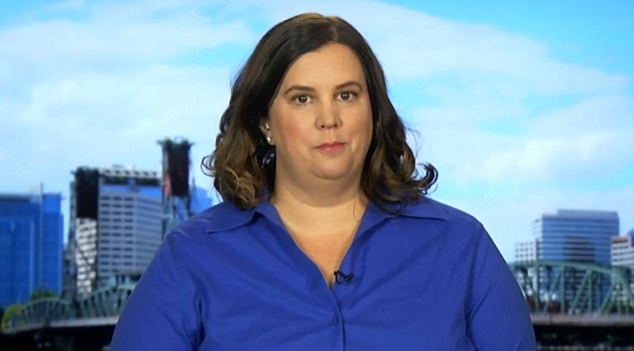 Instagrim: Their visit hit the public eye after Jenni Miller (pictured), scolded Linton for getting a ‘free flight’ in a comment on her Instagram pic, and Linton responded with an arrogant screed

It also wants ‘copies of all records concerning authorization for and the costs of Secretary Mnuchin’s use of a government plane for any purpose since his appointment as Treasury Secretary.’

It claims that the documents ‘would shed light on the justification for Secretary Mnuchin’s use of a government plane, rather than a commercial flight, for a trip that seems to have been planned around the solar eclipse and to enable the Secretary to secure a viewpoint in the path of the eclipse’s totality.’

CREW added: ‘At a time of expected deep cuts to the federal budget, the taxpayers have a significant interest in learning the extent to which Secretary Mnuchin has used government planes for travel in lieu of commercial planes, and the justification for that use.’ 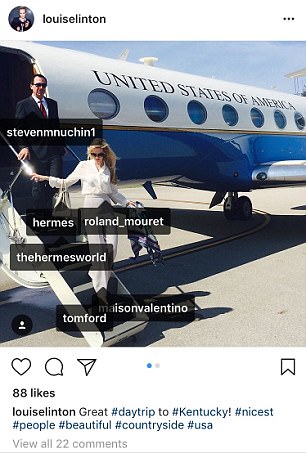 Tagged: Linton also posted an image without the hashtags, but with the brands (and her husband) tagged into the image

A government spokesperson said that Linton’s seat on the taxpayer-funded flight had been paid for by Mnuchin.

That announcement was forced out of officials after Linton – a minor TV and film actress from Scotland – blundered into an Instagram argument over her flight.

She posted a photo of herself and Mnuchin getting off the plane in Kentucky – accompanied by hashtags for all of the clothing brands she was wearing.

Her wardrobe totaled more than $14,000, DailyMail.com revealed at the time.

That incurred the wrath of Jenni Miller, a mother-of-three from Oregon, who commented: ‘Glad we could pay for your little getaway. #deplorable.’

Linton then responded with an extended rant in which – despite having grown up in a castle – she accused the mother of being ‘Adorably out of touch’.

Linton, whose most notable acting role was as a murder victim in a 2007 episode of CSI, also boasted that she and her husband – whose net worth is estimated by Forbes to be upward of $500 million – pay more in taxes than Miller.

Linton’s publicist released a curt apology writing: ‘I apologize for my post on social media yesterday as well as my response. It was inappropriate and highly insensitive.’

Mnuchin also used a military jet for his European honeymoon.