Trevor Noah is out after ruining The Daily Show: MEGHAN MCCAIN

Trevor Noah is out as host of The Daily Show.

It was a long time coming.

The virtually unknown comedian was handed the anchor’s chair in 2015 after Jon Stewart stepped away from the ground-breaking, political comedy show he built over more than 15 years. Since then, The Daily Show has slogged into mediocrity and quite frankly, boredom.

Noah never lived up to his predecessor, attracting a measly 363,000 viewers overall during a week in September (for comparison, over 2.1 million watched Greg Gutfeld’s show on Fox News over the same period).

Noah got by on his ‘cool kid’ clout in the media. He was part of the club that pointed and laughed at the ‘stupid’ conservatives. But generally, he just vomited up the same old tired, recycled jokes again and again.

In fact, he and his ‘correspondents’ repeatedly regurgitated the same gag about me multiple times. Then he repeated it again at The White House Correspondents Dinner this year.

‘I heard Meghan McCain telling the bouncer, “Do you know who my father was?!,”‘ he deadpanned as I sat in the audience.

Noah’s problem is that he never realized what made The Daily Show great.

It’s fine, I get it. I loved and respected my father and talk about him a lot. I can laugh at myself. But at least Trevor can come up with some fresh material for his big night on the town in Washington D.C.

Noah’s problem is that he never realized what made The Daily Show great.

Jon Stewart was not the first host, but he certainly was the best.

I grew up, like most older millennials, watching him every single night before bed. I had just started paying attention to politics and the show was not just funny, it was hilarious.

Above all else, no one was safe.

Stewart and his cast members were fearless in their performances, which helped launch the careers of household names like Steven Colbert, Ed Helms, Steve Carell, and Samantha Bee.

They spoke truth to power and took shots at everyone regardless of political party. Jon seemed to hate hypocrisy and corruption wherever he found it and his viewers ate it up.

For the record, The Daily Show took many swipes at my late dad, including one skit that used a cranky puppet to make fun of him. On Stewart’s last show, my dad posed with that same puppet and said ‘so long, Jackass’ to Stewart as a funny sendoff.

Since Stewart left the show he hasn’t stopped either. Look at his recent work demanding attention for 9/11 First Responders and our veterans, who are suffering health problems after inhaling the fumes from burn pits at far-flung military bases.

Stewart is surely now an activist, but he still yields a lot of power and respect both in politics and culture.

Isn’t that what comedy is supposed to be, punching up and speaking truth to power?

Instead, Noah and his ilk were content to go along with the in-crowd. Too bad for them that audience is pretty small.

Gone are the days of Johnny Carson and Jay Leno, who were apolitical and watched by more than 10 million on any given night. Obviously, America’s media landscape and the TV business has changed since then. Even in his heyday, Stewart couldn’t reach those ratings-heights.

But funny is still funny. And it’s something our late-night comedians have long forgotten.

‘Saturday Night Live’ alum Rob Schneider famously said that he knew that SNL was ‘over’ when Kate McKinnon dressed as Hillary Clinton and played the piano for a skit after Clinton lost to Donald Trump in 2016. 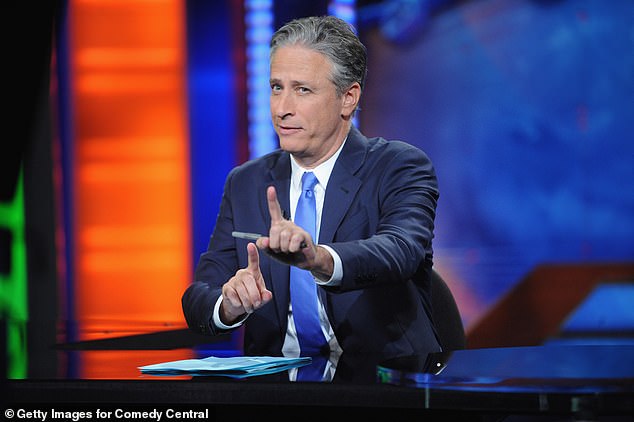 The virtually unknown comedian was handed the anchor’s chair in 2015 after Jon Stewart stepped away from the ground-breaking, political comedy show he built over more than 15 years.

Today’s bootlicking comedians are so afraid to make a joke at the expense of their political favorites and the result is that they just aren’t funny.

How is it that SNL is not mocking Joe Biden and Kamala Harris every single night?

Our aging president looks lost in public and even his allies admit it. Harris can’t get through a single public appearance without blurting out an incomprehensible word salad.

‘We must together – work together. To see where we are. Where we are headed, where we are going and our vision for where we should be. But also see it as a moment to, yes, together, address the challenges and to work on the opportunities that are presented by this moment.’

How is that not a punchline? It is because she is a Democrat, a woman, a woman of color? 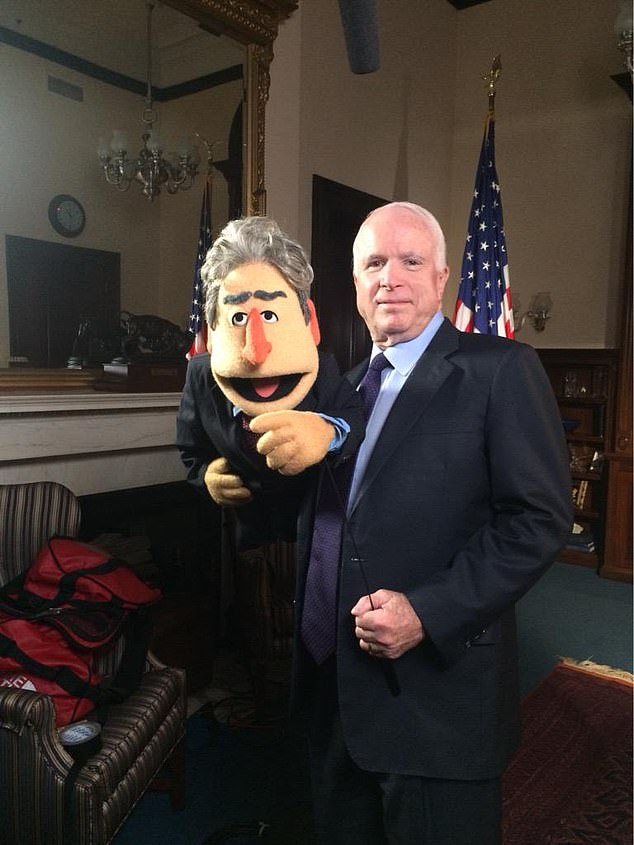 For the record, The Daily Show took many swipes at my late dad, including one skit that used a cranky puppet to make fun of him. On Stewart’s last show, my dad posed with that same puppet and said ‘so long, Jackass’ to Stewart as a funny sendoff.

I would argue this is a problem with polarization in America. We can no longer laugh together.

If the elites that control comedy have decided that Democrats are off-limits because President Trump was so evil, then we are all screwed.

No one should be off limits.

More often than not, late night comedy just feels like another news show on MSNBC.

I don’t want any more lectures. I want to laugh.

So how do you save The Daily Show and late-night TV for that matter?

Hire a comedian who wants to be a barn burner, who isn’t beholden to an agenda, political party or ideology. Someone who wants to call out hypocrisy, corruption, the absolute absurdity of our current political climate and feckless politicians.

Maybe most importantly, find someone who doesn’t want to be one of the cool kids but wants to speak for Americans of all political stripes.

Someone who wants to hold the feet of our absurd political ruling class to the fire, and out their hypocrisy and idiocy.

I truly hope Comedy Central doesn’t cancel The Daily Show. Its legacy is too powerful.

And we are living in a time where we need more people whose only agenda is laughs.