Policeman Ahmad regrets the day he detained a motorist at a checkpoint for possession of a gun without a licence, bringing the weight of Iraqi tribal customs down on his head.

Faced with threats and the reality that state law in Iraq cannot stand muster with tribes and their customs, the police captain gathered his family and fled Baghdad to take refuge in the south of the country.

He had been posted at a checkpoint in an eastern district of the capital when he discovered the gun in a car.

Along with comrades, they arrested the driver, a merchant, but before long a group of gunmen turned up and secured his release.

“We were only able to hold on to the gun,” the captain told AFP, opting not to give his family name or the province where he and his family are now living.

Days after the incident, he had received a threatening telephone call.

“We know where you live, where your family are. You’d better return the gun if you want to save them,” was the crux of the message he received.

Ahmad teamed up with fellow police officers to arrange a meeting with representatives of the tribe of the man he had briefly detained.

He was shown documents apparently certifying the gun as legal, leaving him with little choice but to return the weapon and close the case.

The tradition in Iraq is for many cases to be settled by tribal mediators — local councils or family representatives — rather than the law of the land.

They decide on compensation, financial or otherwise, to be negotiated and accepted by the parties in dispute.

Ali, another policeman who refused to give his family name, had to pay the price — literally — laid down by the parallel law system.

He had to cough up close to $10,000 and his captain almost as much, all because they tried to implement state law.

During a raid to close down illegal street stalls, he had been hit by one of the traders and struck back with his truncheon.

Three weeks later, his police station received the demand of a tribe summoning those who took part in the raid to a tribal meeting.

The implication was that otherwise a group of youths would be sent to deal with those responsible.

Ali’s superiors refused to intervene because, he says, they had not wanted the interior ministry to be dragged into what for them was a tribal affair.

At the meeting, Ali and his captain were slapped with the stiff penalty as compensation.

“Whenever we try to arrest anyone caught in the act or on suspicion, the tribe can always find us,” he said.

So “if I see anyone breaking the law, I don’t intervene.”

Ali, with anger in his voice, said: “I don’t want to be the victim of such stories or to have such problems.”

In Iraq, a conservative Arab country where your origin and family name carries weight in finding a job, a partner in marriage or in politics, “tribal customs have a real impact on society”, said Hussein Allawi, a teacher in national security at Baghdad’s Al-Nahrain University.

– No difference on the ground –

Up until the ouster of longtime dictator Saddam Hussein in a US-led invasion in 2003, state law took precedence over tribal customs. All that has changed.

“For the past 10 years or so, no measure has been taken” to limit “the negative impact” of such customs, said Allawi.

With total impunity, “some people use the name of their tribe to obstruct the work of the security forces,” he said. 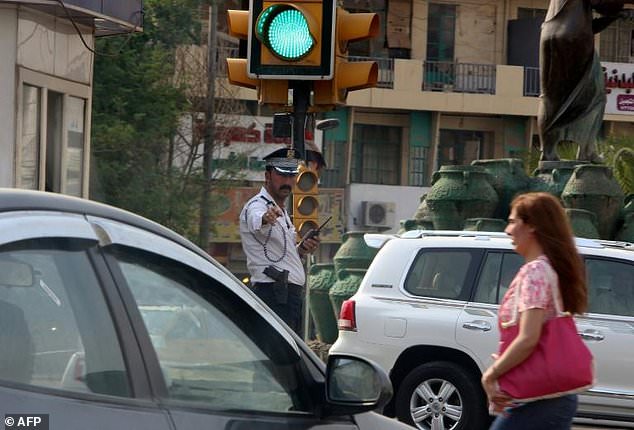 A policeman directs traffic in a street ot the capital of Iraq, a country where tribal customs can often take precedence over state law

Allawi said the phenomenon has also had a negative impact on the economy of the war-battered country, with foreign investors wary of being entangled in a state which already ranks internationally as one of the world’s most corrupt.

He said an interior ministry unit has been set up to liaise with powerful tribes and associate them with the process of imposing respect for the law through cooperation with the security forces.

Earlier this month, the authorities organised a conference in the Shiite holy city of Najaf, south of the capital, with tribal leaders.

“A protocol was signed between the tribes and the ministries of the interior and justice,” Abbud al-Issawi, head of a parliamentary committee on tribal affairs, told AFP.

The interior ministry’s representative at the meeting stressed that obstructing the work of those in charge of law and order carried a three-year jail term under Iraqi law.

But a police commander, again preferring anonymity, said the meeting came up with “nothing more than promises by some tribes”.

“On the ground, we see no difference.”