Newlyweds killed in a devastating hit-and-run collision Saturday morning were only minutes from home when they were struck by an allegedly stolen vehicle.

Police are yet to question a 19-year-old Boronia man and the 15-year-old Belgrave girl who allegedly stole a Lexus 4WD from a Lysterfield house Wednesday night or Thursday morning while the home occupants were asleep.

The teenagers allegedly travelled at ‘horrendous speeds’ and ran a red light before crashing into a Holden Commodore in Wantirna South shortly after midnight, police said.

Newlyweds killed in a devastating hit-and-run collision Saturday morning were only minutes from home when they were struck by a stolen vehicle. Bita Zaeim (pictured) died in hospital 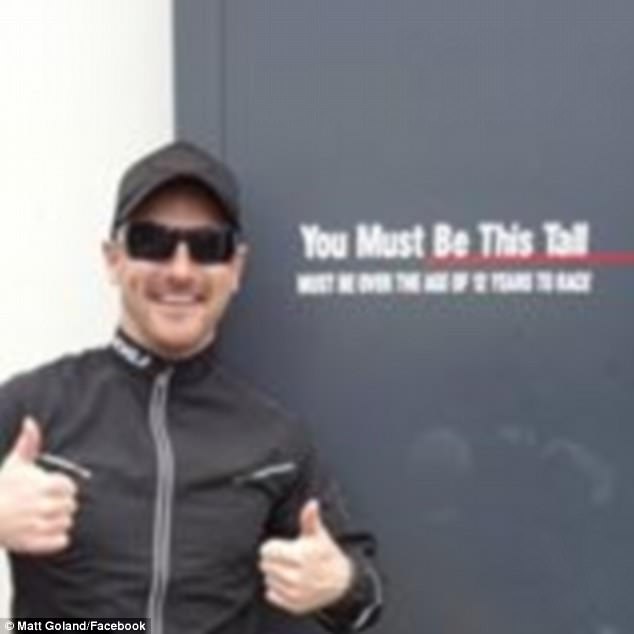 The 32-year-old female driver of the Holden was taken to hospital where she later died, while her 38-year-old male passenger died at the scene.

The couple have been identified as Matt Goland and Bita Zaeim, who lived in The Basin and had only been married for 12 months.

‘So shocked to hear about this,’ one man commented on Facebook.

‘One of the nicest guys you could ever meet with such a bright future. RIP Matt.’

Another woman commented: ‘She was a lovely young woman. A loss we won’t get back.’ 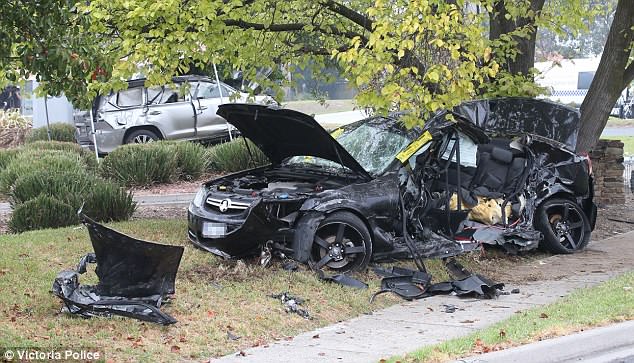 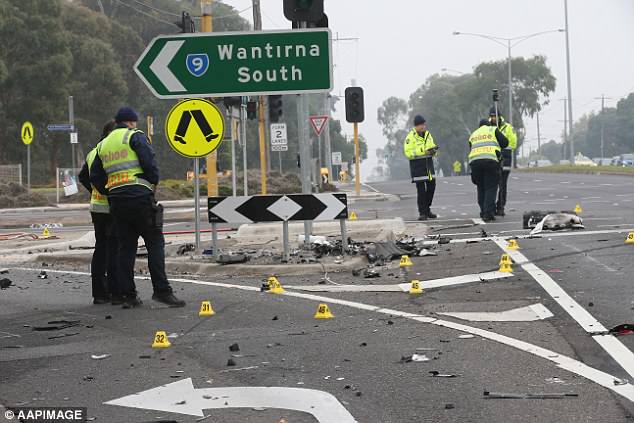 The teenagers, who fled the crash site, are currently receiving medical treatment under police guard after their arrest at a Belgrave home about 1.15pm on Saturday.

Detectives will seek to interview them on Sunday, a police spokeswoman said.

Acting Superintendent Stuart McGregor told reporters the ‘abhorrent’ events seemed to be ‘a bit of a game’ for the teenagers. 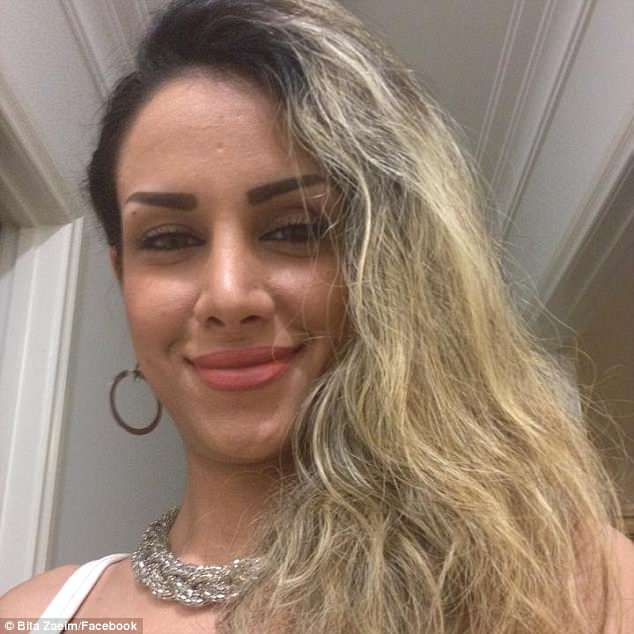 The 32-year-old female driver (pictured) of the Holden was taken to hospital where she later died, while her 38-year-old male passenger died at the scene 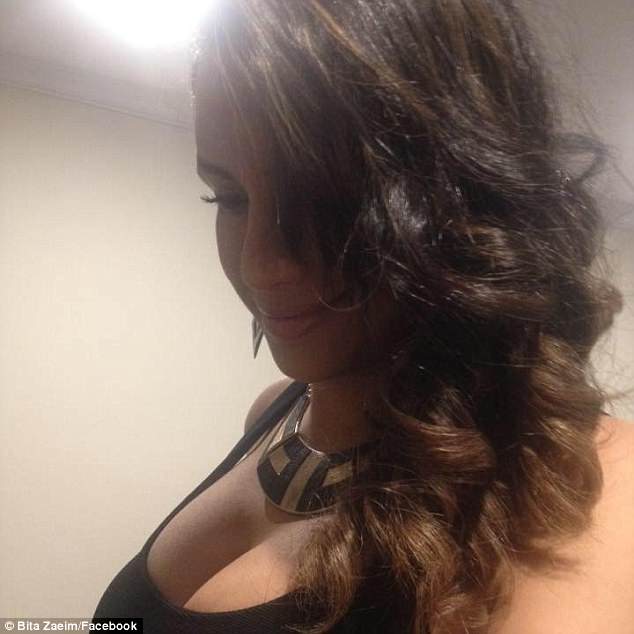 ‘Everyone in the community just cannot understand how someone can think it’s right to travel at speed – horrendous speeds – through a red light and then when you know you’ve done so much damage to another car, to another person, to two people, to think of themselves and just flee.’

One of the dead couple’s parents visited the Wantirna South crash site on Saturday morning.

‘I’ve seen some pretty terrible incidents, this is probably up there. I’ve been able to explain how the collision occurred but I can’t tell her why. This behaviour is just abhorrent,’ Sup McGregor said. 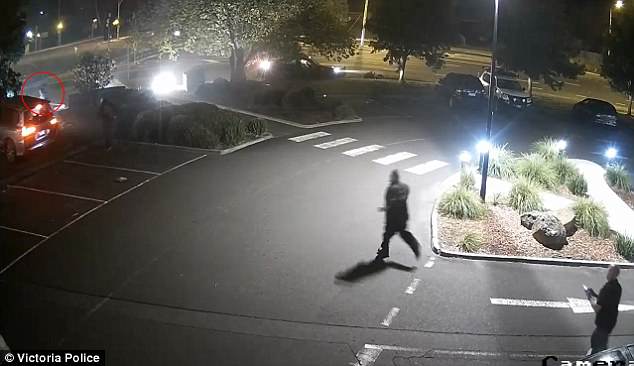 ‘Dealing with them and talking to them and seeing that state of shock, you never want to see that.’

Acting Superintendent Stuart McGregor said the memory of informing the next of kin about the fatalities would haunt him for the rest of his life.

‘I’ve had to stand at the intersection with the parents of one of the deceased, I’ve been able to explain how it has occurred but not why,’ he said.

‘This behaviour is abhorrent. No one in the community can understand why. 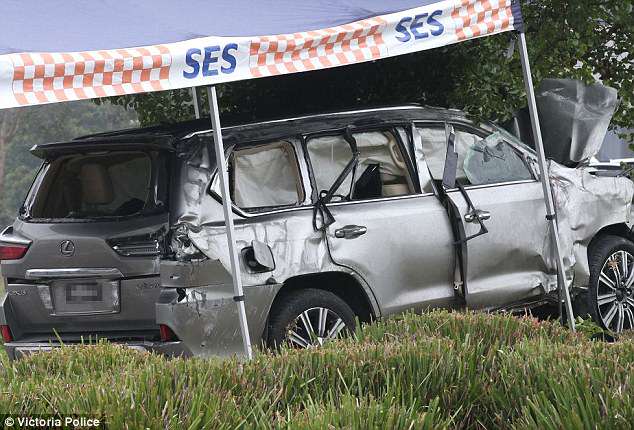 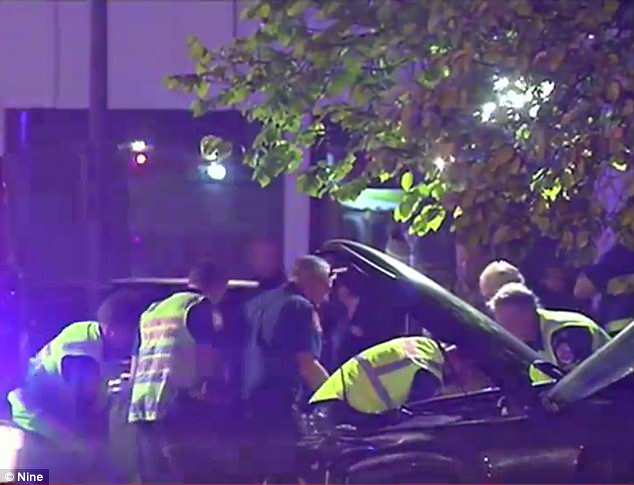 ‘The image of mum and dad of the male passenger will probably stay with me for the rest of my life.’

Mr McGregor said the teens appeared to be treating taking other people’s lives into their own hands as though it was a ‘game’.

‘This is not a game, this is real life. The reality is that two people are dead and two more are going to jail,’ he said. 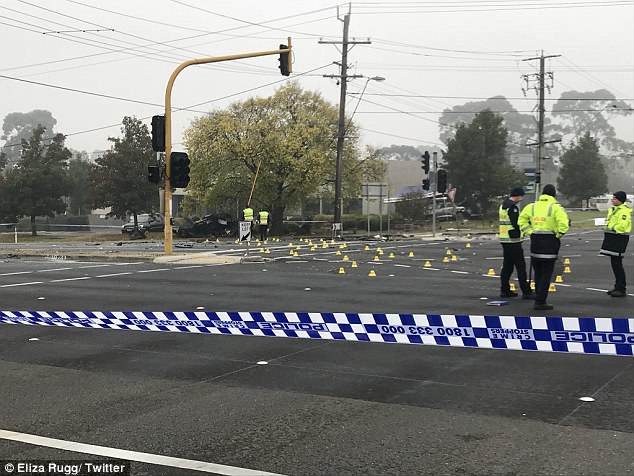