Tributes paid to ‘much-loved’ British father-of-four, 55, who died while paragliding in France

Tributes paid to ‘much-loved’ British father-of-four, 55, who died while paragliding in France

Tributes have been paid to a British father-of-four who died in a paragliding accident in France.

The family of ‘much loved’ Martin Dyer, 55, a former football player and nightclub doorman, have been ‘heartbroken’ by his loss last Thursday.

The ex-Ipswich Town player described as ‘full of fun and laughter’ was on holiday when he was killed near Annecy, south-West France.

He was a qualified joiner and carpenter from Ruthin, North Wales, and a father to children Beth, Grace, Johan, and Theo.

His family said: ‘We are all truly heartbroken to have lost our Dad. He was full of life and laughter and would drop everything in an instant if any of us needed him.

‘He encouraged us in everything we did, and made us believe we could achieve anything we put our minds to.

‘The hole he leaves behind in our lives will be felt by so many, as he was loved by so many. He was a very funny man and was always spreading joy to others. Although our hearts are heavy the memories we have shared will live on forever.’ 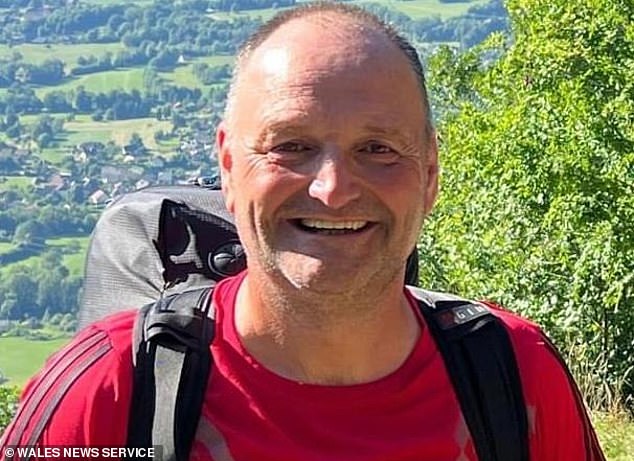 The family of Martin Dyer, 55, paid tribute to the ‘much-loved’ manager of Ruthin Town Reserves

Martin Dyer was well known around the Ruthin and Denbigh area, having been a football manager at Ruthin Town Reserves and also manager of the Llangynhafal Summer League side for many years.

His devastated nephew Tom said: ‘Uncle Martin, one of the strongest men I knew. So many great memories will live on with me forever. RIP mate.’

Martin’s former employer and close friend, Russ Williams, who owns gyms in Caerwys and Wrexham, also paid tribute. ‘It’s a massive shock – he was one of the best lads in Ruthin,’ Mr Williams said.

‘He was just a great guy and everyone he knew had so much respect for him. Martin was such a highly skilled joiner and would drop anything to come and help me with any jobs I needed doing at home or at my gyms.

‘Even before he flew out to France, he was working late at my house despite having an early morning flight – that’s just a flavour of the sort of man he was.’ 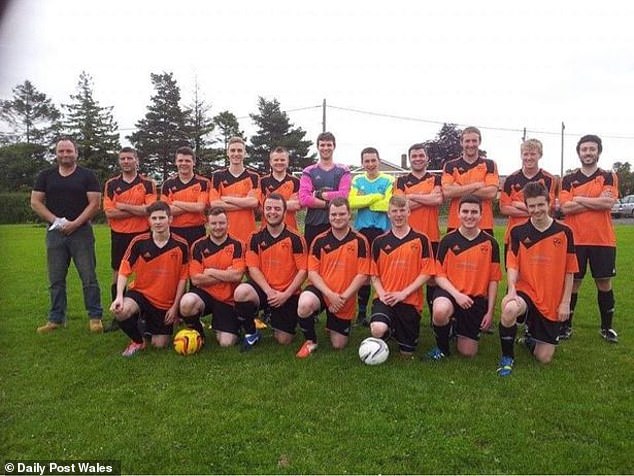 Martin Dyer (left) was well known around the Ruthin and Denbigh area, having been a football manager at Ruthin Town Reserves and also manager of the Llangynhafal Summer League side for many years

Louise Rafferty said she had lost her ‘paragliding wing man’.

She added: ‘Martin Dyer was a very close friend of mine and my paragliding flying partner. He absolutely loved flying, it was in his blood. He was one of a kind, a true gentleman.

‘I will miss our flying adventures but I have so many fond memories to hold on to. Thank you Martin.’

Barry Williams said he was ‘absolutely heartbroken’ to have lost ‘one of my all-time best friends’.

He added: ‘Martin lived life to the full, always smiling and one of the funniest people ever. Even after crashing into Mount Snowdon while paragliding a few years ago and breaking his back he joked: “I hit Snowdon that hard it’s three inches smaller than it used to be”.

‘That summed up his character. Thinking of all his family.’

Paragliding was Martin’s main passion, but he was also a very talented footballer who had a spell with Ipswich Town in the 1980s.

A British Foreign, Commonwealth and Development Office spokesperson said: ‘We are supporting the family of a British man who died in France and are in contact with the local authorities.’