Tributes pour in for Mino Raiola following his death

Tributes have poured in for Mino Raiola after the super-agent, who represented Zlatan Ibrahimovic and Paul Pogba among others, passed away at the age of 54 due to illness.

Raiola’s death was confirmed by his family on social media on Saturday afternoon.

A statement read: ‘In infinite sorrow we share the passing of the most caring and amazing Football Agent there ever was.

‘Mino fought to the end with the same strength he put on negotiation tables to defend our players. As usual, Mino made us proud and never realised it.

‘Mino touched so many lives through his work and wrote a new chapter in the history of modern football. His presence will forever be missed.

‘Mino’s mission of making football a better place for players will continue with the same passion.

‘We thank everybody for the huge amount of support received during these difficult times and ask for respect to the privacy of family and friends in this moment of grief.

The news was met with sadness by the football community, with a number of players, clubs and fans taking to Twitter and Instagram to pay respect to Raiola.

Ex-Tottenham forward Mido added: ‘Very sad to hear the news of the passing of Mino Raiola. I learned so much from you and I wish I listened to you a bit more!! Always fought for his players no matter who was sitting on the other side of the table!!’

Napoli’s Hirving Lozano played on Saturday afternoon in Napoli’s 6-1 win against Sassuolo. Minutes after the final whistle, he sent out a heartfelt message on Instagram. 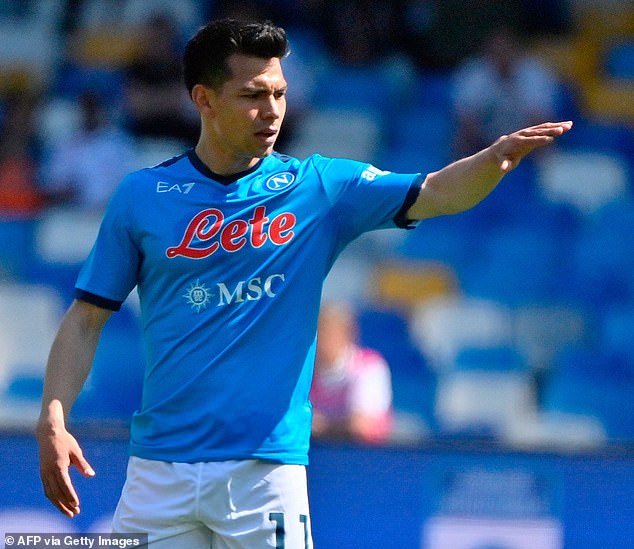 ‘I was blessed to know you and learn from you. One of my great teachers in the leagues of soccer.

‘You are in a better place today because I am convinced that your legacy transcends life, no doubt.

‘Living with you was one of the best things that ever happened to me. I will never be able to forget our talks and all the moments together.

‘Pain is temporary, someday I’ll get over it, and it will go away, instead your memory will live forever in me. I’ll never stop missing you. I thank you for everything.

‘I will honour your memory every step of the way on and off the pitch. Rest in peace Mino Raiola, sleep and dream while I arrive, we still have a second time to play,’ Lozano wrote. 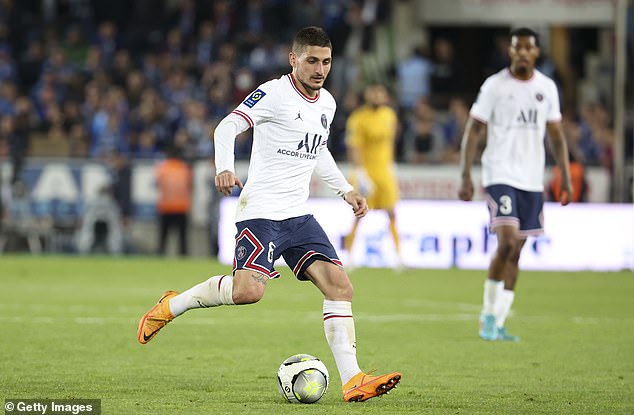 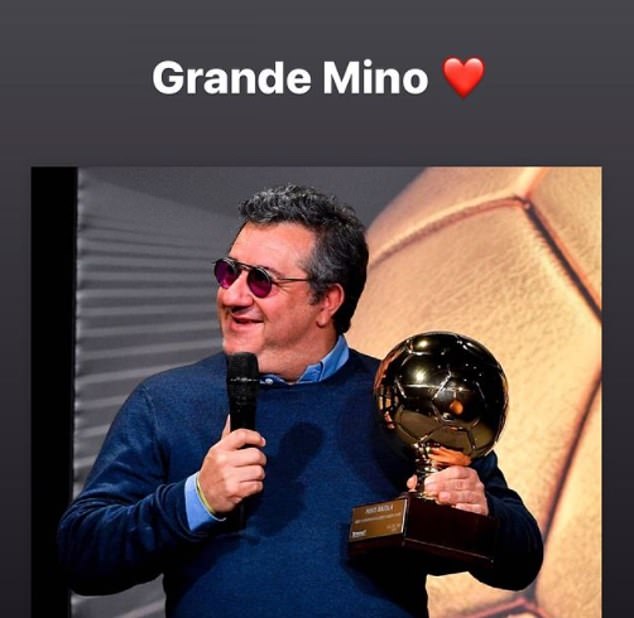 Fellow player Marco Verratti, another client of Raiola’s, posted an image of the Italian holding the Ballon d’Or on his Instagram, with the caption ‘Grande Mino’ (Great Mino).

He was not the only PSG player to work with Raiola, and the club sent out a message on their social media account shortly after his death was announced.

‘The club, through its President, sends its condolences to his family and loved ones,’ the French side wrote on Twitter.

A fan gave their own tribute, writing: ‘One of the most influential people in our beloved sport. He was a game-changer. Rest In Peace, Mino Raiola.’