A mother arrested on suspicion of murdering her twin two year olds after she was involved in a car crash has been pictured for the first time.

Samantha Ford is being held by police after her two children, Jake and Chloe, were found dying at their home on a new-build estate in Westwood near Margate, Kent.

The twins’ father, Steven Ford, posted a picture of him and Chloe online last week, with the caption: ‘Snuggling with my fave girl #daughter #myworld #twins’

Emergency services discovered the children after 37-year-old Samantha was pulled from the wreckage of a crash on a dual carriageway at 2.50am yesterday morning.

Detectives are said to be examining the theory she crashed the family’s Ford Galaxy deliberately.

Forensics experts remain at the house today and have been seen removing pillows wrapped in evidence bags, as well as children’s mattresses and pillowcases.

Samantha Ford is being held after her two children were found dying at their home on a new-build estate in Westwood near Margate, Kent. 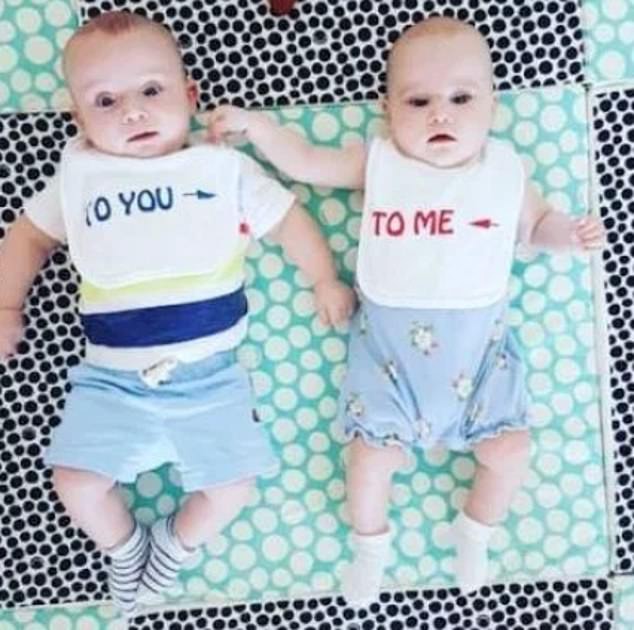 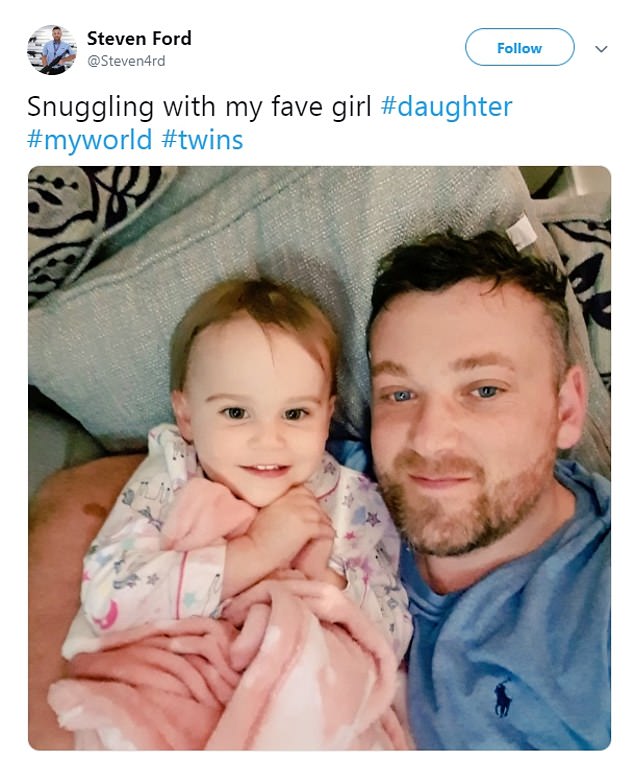 The children’s father, Steven Ford, posted a photo of himself with his daughter just days before the twins’ tragic deaths

Officers who drove her home found two dying children. The youngsters were taken to hospital around 3.35am where doctors battled to save their lives, but both were declared dead shortly after arriving.

Ford’s brother, James Emptage, today told The Sun that the deaths were ‘a terrible tragedy’. Her grandmother described the two children as ‘lovely’.

Photos posted on social media show Ford and her husband Steven enjoying days out with the children in the summer this year. They are believed to have lived in nearby Ashford until recently.

Ford was today being quizzed about the double deaths after being released from hospital following treatment for the crash injuries, and immediately being taken into police custody.

Neighbours said the mother had only just moved into the £215,000 property, which was privately rented through a local letting agent.

Police were called in the early hours of yesterday morning when Ford crashed into the back of a lorry on the A299 near the popular seaside town of Whitstable.

She managed to escape with minor injuries despite the impact causing her car bonnet to completely crumple. 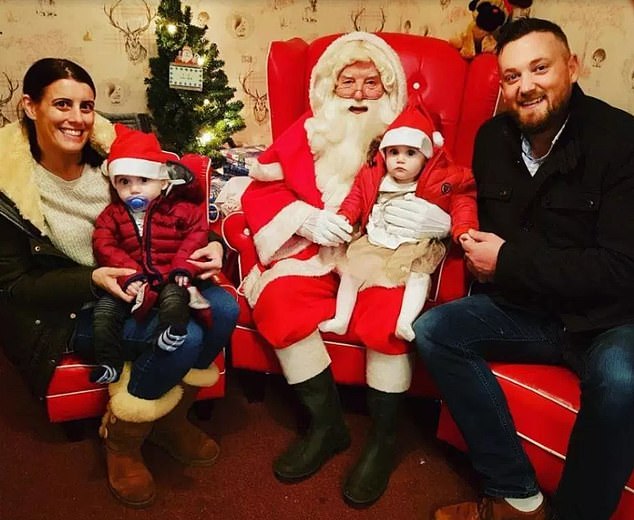 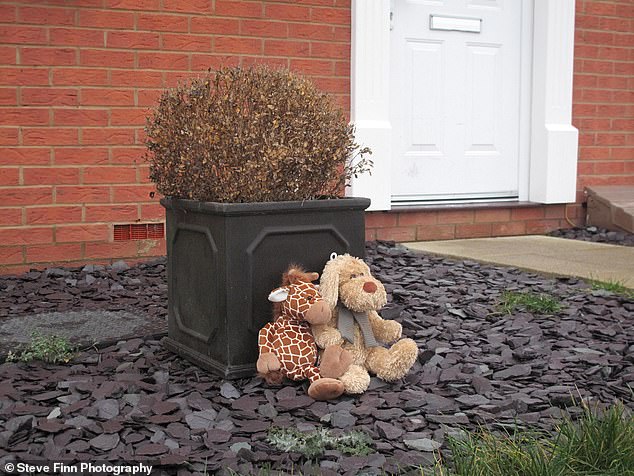 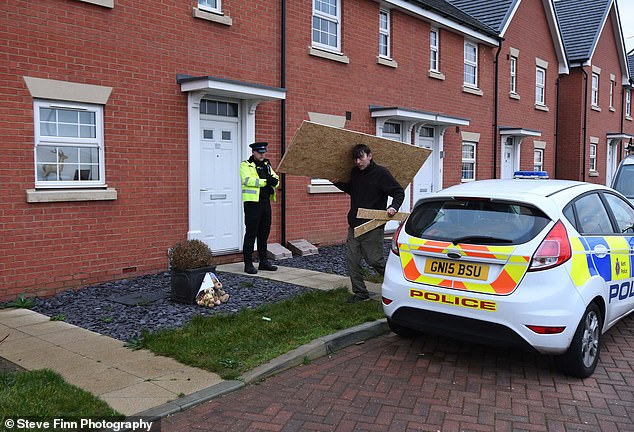 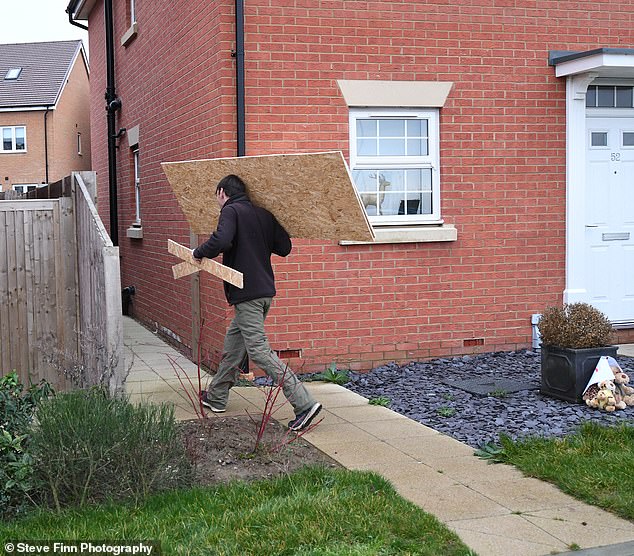 Police boarded up the home near Margate, Kent, which Ford had only recently moved into

The semi-detached property was sealed off last night as forensics teams carried a number of white evidence bags along with two pillow cases from the house. 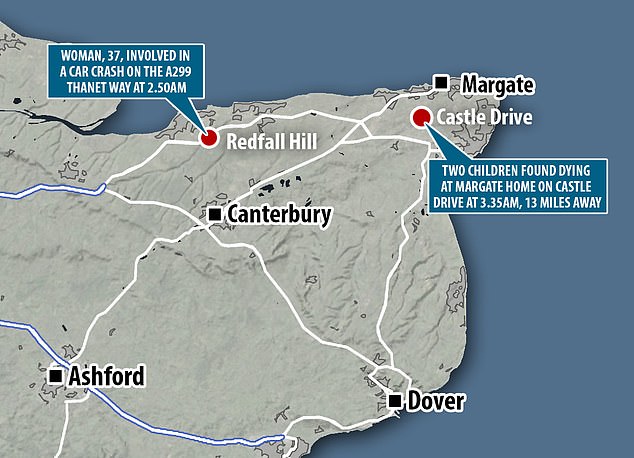 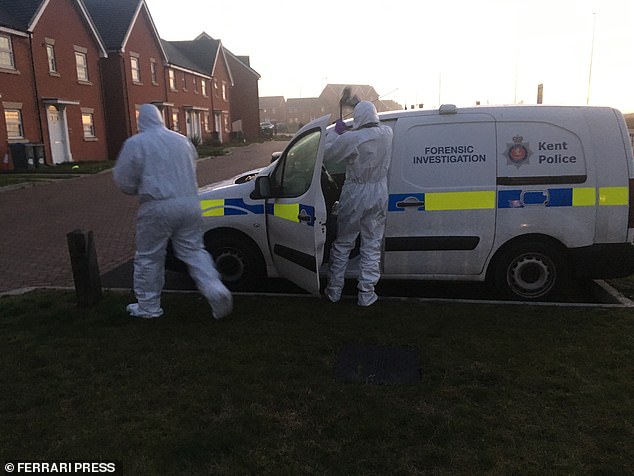 Police last night confirmed that a woman had been arrested on suspicion of murder following the deaths of two children. 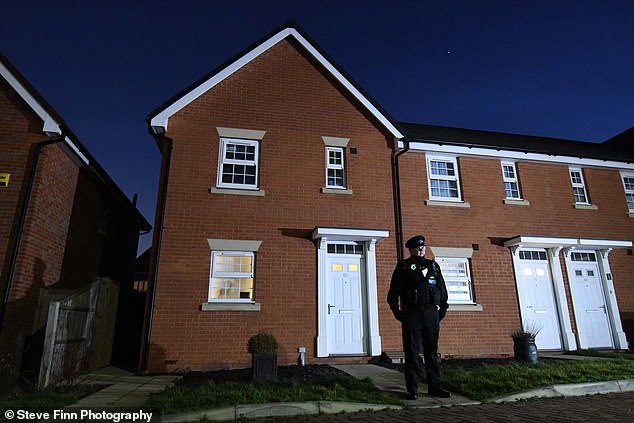 ‘Police remain at the scene and a 37-year-old woman from Margate has been arrested on suspicion of murder.

The woman had been involved in a road traffic collision on the A299 Thanet Way at around 2.50am and was taken to hospital with minor injuries

‘She has now been discharged and taken into custody at a police station.’