Uber executives are being summoned to an emergency meeting with Manchester City Council after the taxi firm was stripped of its licence in London.

The city’s leaders accused the US tech firm of ‘flooding’ the city with sub-standard drivers and said its licensing standards were being ‘undermined’.

The dramatic development came a day after Transport for London (TfL) stripped Uber of its licence to operate in London over safety concerns.

Manchester is one of a number of councils which say they will consider a ban on the app, which is used by millions of people in 40 towns and cities across the UK.

But Manchester City Council went one further by accusing Uber of undermining its efforts.

Rabnawaz Akbar, a councillor at the Labour-run authority, said: ‘Whilst Uber as an Operator provides many beneficial services to customers and has transformed the private hire industry, their business model does cause some concerns.

‘Local licensing standards are undermined by the volume of drivers and vehicles working on the Uber platform – as well as some other operators in Manchester – that have been licensed by authorities with much lower standards and licence conditions.

‘We work hard in Manchester to ensure that our residents and visitors are driven by drivers that are fit and proper to hold a licence, and in vehicles that are safe and high quality; but that is made immeasurably harder by drivers and vehicles flooding the city from other local authorities over whom we have no direct control.’ 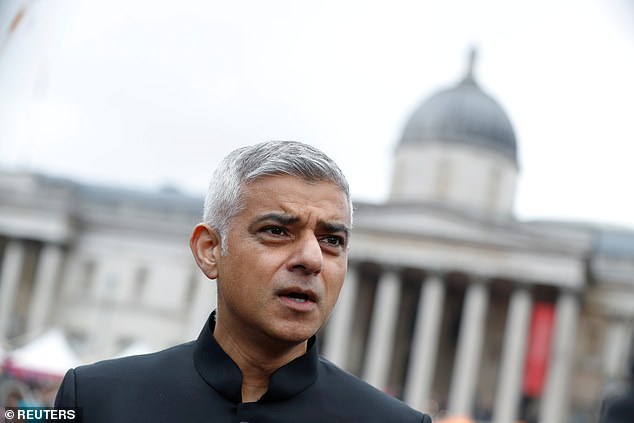 The authority added it had requested a meeting with Uber in light of the TfL announcement. The licence granted to the ride-hailing app in Manchester expires on July 31, 2021.

In Monday’s announcement the transport regulator said it had identified a ‘pattern of failures’ that put passenger safety at risk, including a fault that allowed unlicensed drivers to work.

Uber described Monday’s ruling as ‘extraordinary and wrong’ and said the problems related to just 43 of its 45,000 drivers.

It has vowed to appeal and will be allowed to operate during this process.

London mayor Sadiq Khan was accused of pursuing a vendetta against Uber. He praised TfL for the decision and said he was ‘annoyed’ the firm could not be shut down immediately.

James Farrar, of the Independent Workers Union, said: ‘The mayor’s decision to once again deny Uber a licence will come as a hammer blow to its 45,000 drivers working under precarious conditions.

‘Many will now face the distress of facing not only unemployment but also crippling debt as they struggle to meet car lease payments. We are asking for an urgent meeting with the mayor to discuss what mitigation plan can now be put in place to protect Uber drivers.’

Jasmin Whitbread, of the business group London First, described it as a ‘blow for millions of Londoners and visitors who rely on Uber to get around the capital’.