Truck driver, 26, is charged over horror crash that left boy, 10, dead and his sister badly injured

A truck driver who had his phone seized by police after he smashed into a Mazda on a busy highway in horror crash that killed a 10-year-old boy has been charged.

The truck, driven by a 26-year-old, collided with a black Mazda and two more vehicles on the Sydney’s M5 near Belmore Road, at Riverwood on Wednesday at 8.20am.

Harley Brandon Dexter, 10, was sitting on the back seat of the vehicle and died at the scene.

His sister Summer, 13, was rushed to hospital with fractured ribs and head injuries, while their mother Rebecca, 31, was taken to St George Hospital with minor injuries.

Harley Brandon (left), 10, died in the crash on Wednesday morning and his 13-year-old sister Summer (right) was rushed to hospital 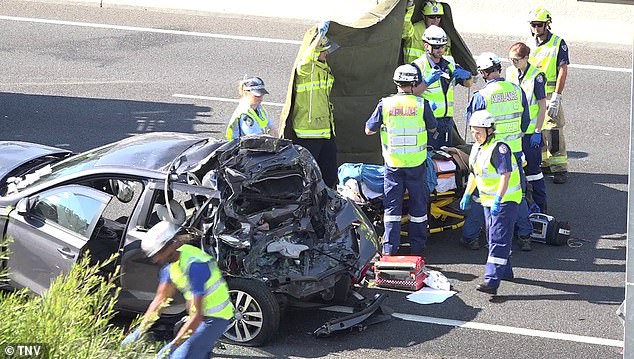 He was also charged with negligent driving occasioning grievous bodily harm, and cause bodily harm by misconduct while in charge of motor vehicle.

The man’s phone was seized by police, who are investigating if he was using it at the time of the crash.

‘One of the things we’ll be looking at is causal factors and that will look at things such as speed, manner of driving, issues such as fatigue and other distraction offences such as mobile phone,’ police told The Sydney Morning Herald. 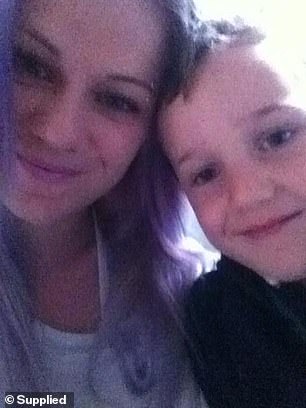 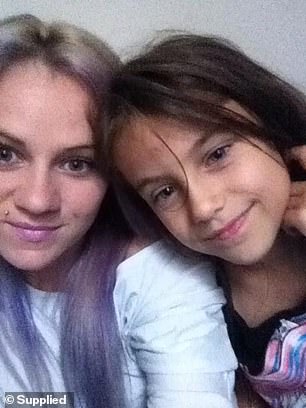 Their mother Rebecca with her son Harley (left) before he died. Rebecca sustained mild injuries and her daughter Summer (right with her mum), 13, suffered fractured ribs and head injuries

‘I can certainly confirm at this point that police have taken possession of a mobile phone that was in the heavy vehicle and that will be subject to forensic analysis in the coming days.’

Rebecca’s sister, who asked not to be named, launched a fundraiser for her family, who she said would not be able to afford a funeral for the young boy.

‘My niece is only like 13, and my sister is a single mum,’ she told Daily Mail Australia. ‘She doesn’t have the money for a funeral right now.’

The sister said Rebecca ‘worked her a** off’ to provide for her children, and had played a motherly role in her own life. 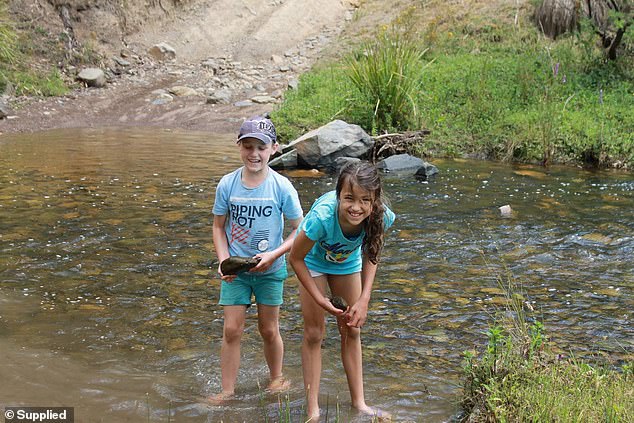 An aunt said the siblings (pictured) shared a close bond 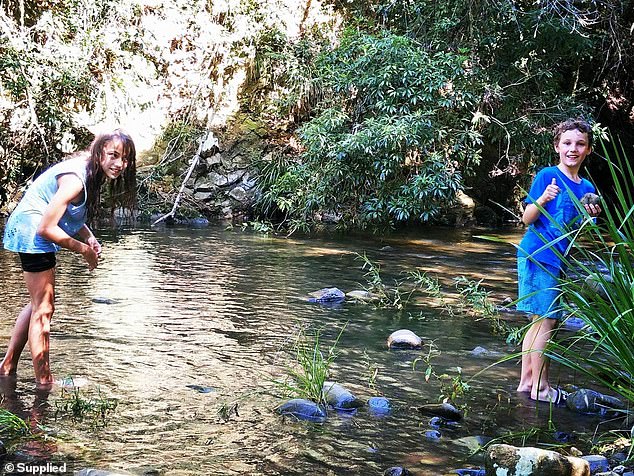 ‘She’s like nine years older than me. She’s very motherly towards me… this is all I can do – there’s nothing I can say or do to make it better, I can just try to make it easier,’ she said.

Rebecca had been making ends meet through work at a car repair centre and had planned to open a cleaning business – things she will not be able to do while recovering from the crash.

‘Even if she recovers, she has to pay rent, food, and bills, while she cant work,’ the sister said.

Harley’s death is all the more tragic for the family, because he was named after his uncle Brandon, who was eight years old when he died after being hit by a car while riding his bike in 2007. 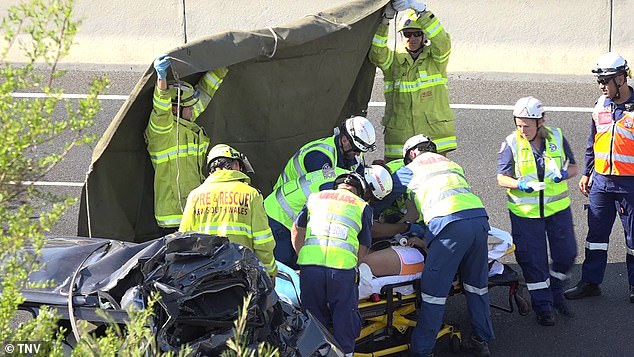 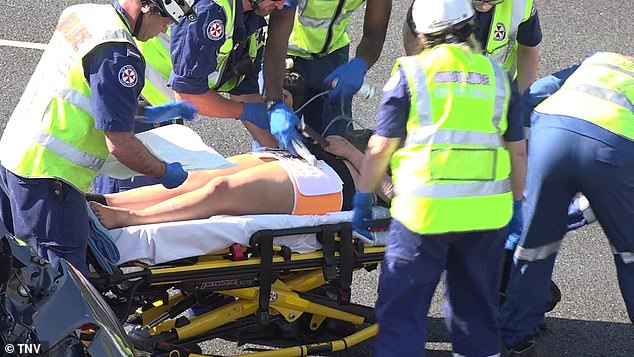 Emergency workers managed to save everyone except Harley

‘Our family has gone through so much s***,’ his aunty said. ‘We’re reliving what happened to Brandon all over again.’

The woman said her niece and nephew were ‘typical’ kids, who enjoyed plush toys and video games, respectively, and had a close sibling bond.

‘Harley was a typical boy, he and Summer were really close,’ she said. ‘They were either best friends or really fighting each other.

‘The last time I saw him, he was at my house and I was trying to build my new couch and he was sugar high on red cordial, just running around. 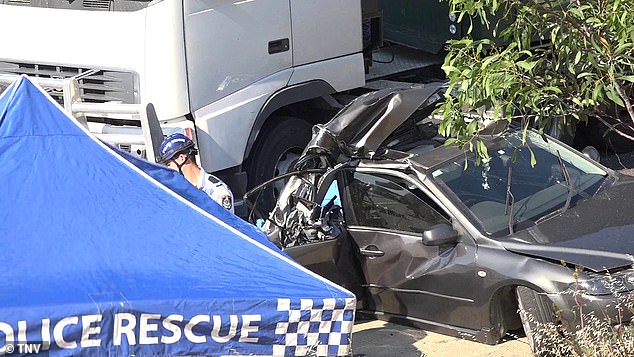 ‘This situation is so f***ed up.  It’s just too close to what happened with Brandon.’

All city-bound lanes were closed after the incident on Wednesday morning, bringing the peak-hour rush to a standstill.

Images from the wreckage shows part of a car crushed beneath the truck.

The truck driver was refused bail and will appear in Bankstown Local Court on Thursday.