Thirty injured after truck carrying dozens of Central American migrants bound for the U.S. border flips over on a highway in Mexico

The tractor trailer was travelling north on Federal Highway 180 in the state of Veracruz when it overturned and landed on the side of the road at around 4am local time.

The migrants were reportedly headed to Matamoros in the northeastern state of Tamaulipas with the intention of crossing the border into southern Texas and turning themselves in to U.S. immigration officials.

Traffickers had charged the migrants between $5,000 to $6,000 to travel with a child from Honduras to the Mexico-United States border. 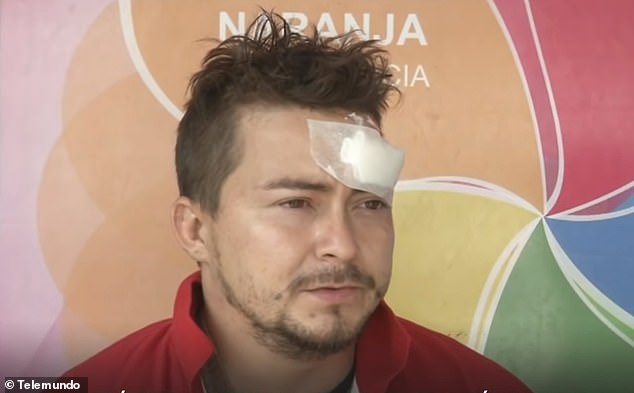 Michael Mejía told reporters his six-year-old daughter was injured in the accident. He had fled Honduras with his daughter and his eight-year-old son 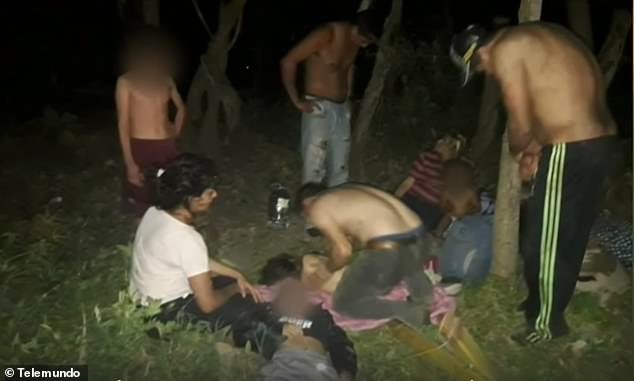 The migrants were headed to the Mexico-United States border when the truck flipped and landed upside down on Federal Highway 180 in Veracruz. Pictured are some of the passengers tending to an injured person

On Thursday, hundreds of migrants were spotted walking along a highway in the Mexican town of Villa Comaltitlán, located in the southern state of Chiapas.

They were about 1,000 miles from reaching the U.S. border.

The crash comes after U.S. border patrol agents said on Tuesday that they had intercepted roughly 1,800 undocumented immigrants in one day as they crossed over the U.S. border.

According to police reports, the single-vehicle accident could have been caused by the poor road conditions in Rancho Nuevo, a town in the city of Vega de Alatorre.

Still images of the accident showed luggage scattered over the dark road.

Footage also showed several people standing over a child that was hurt.

The injured passengers, including a 29-year-old pregnant woman identified as Jacqueline, were taken to several local hospitals in the area. 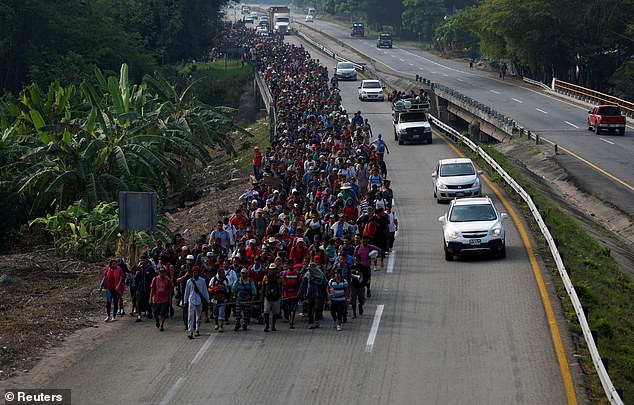 Hundreds of migrants were spotted walking along a highway in the Mexican town of Villa Comaltitlán on Thursday as they made their way to the U.S. border 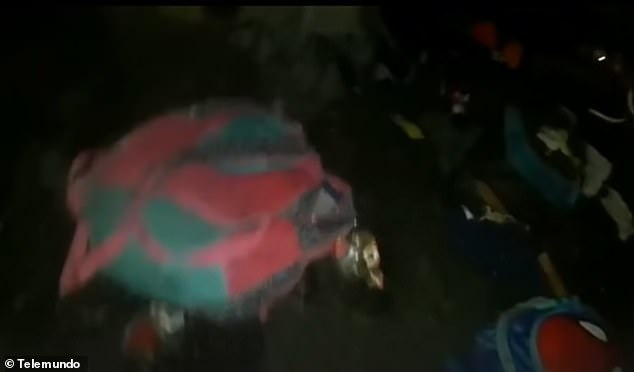 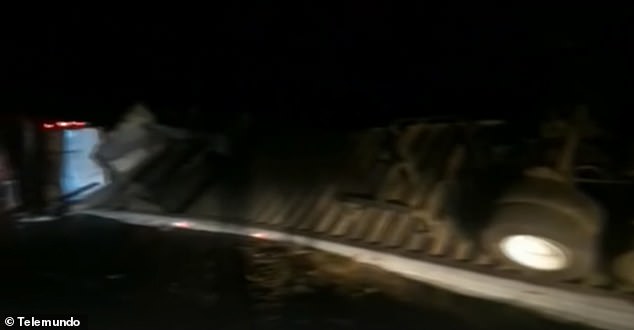 According to police reports, the truck (pictured) could have flipped due to the poor road conditions in Ranch Nuevo, a town in the city of Vega de Alatorre

Local authorities transferred 45 uninjured migrants, including 25 children, to a temporary shelter where they were attended and fed.

Among the hurt was a six-year-old girl who was traveling with her father, Michael Mejía, and her eight-year-old brother.

‘She has a head contusion, bleeding in a lung and we are at the mercy of God so that she can be saved,’ Mejia told reporters outside a hospital on Thursday, according to Telemundo.

The vehicle was traveling on a road connecting the cities of Ixtapa and Soyaló in the state of Chiapas when it allegedly experienced mechanical problems, according to investigators. A young girl was among the dead.