Authorities turned Sydney’s shopping district into a fortress as tens of thousands of shoppers swarmed the city hunting for Boxing Day bargains. 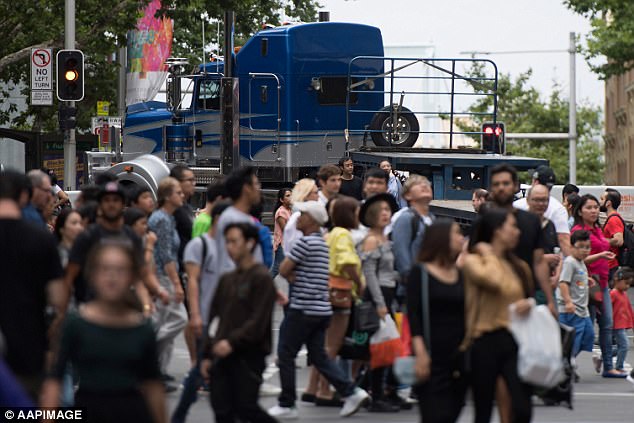 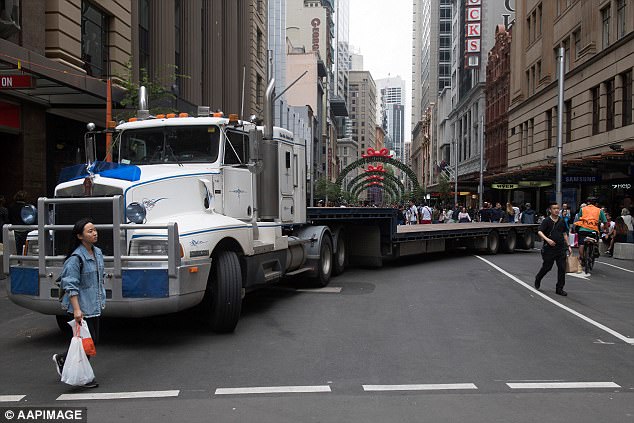 A trucking big effort: The city’s George Street thoroughfare – opened to foot traffic just this month – was protected by a mammoth semi-trailers 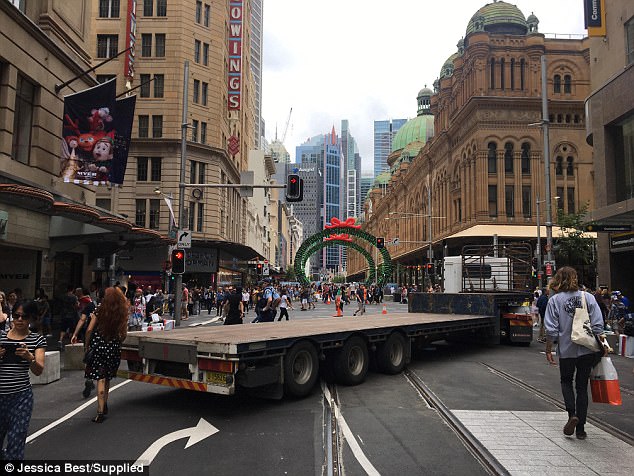 Two people remain in a critical condition in hospital.

Victoria Police described it as a ‘deliberate attack’ and charged Afghan migrant Saeed Noori, 32, with 19 counts of attempted murder.

The threat of terrorism did not appear to have deterred Sydney shoppers with tens of thousands turning out for the annual sales.

Several hundred people were waiting outside the Myer department store when doors opened at 5am on Tuesday.

Tens of thousands descended on the city, with Australian shoppers expected to spend $2.36 billion on Boxing Day, the National Retail Association said. 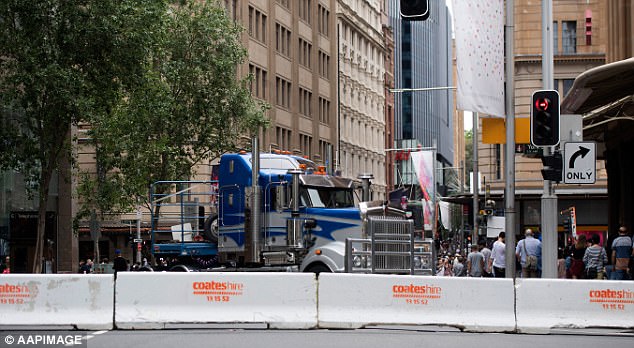 Protective barrier: Workers were seen installing concrete bollards and moving semi-trailers into place before most shops had even opened 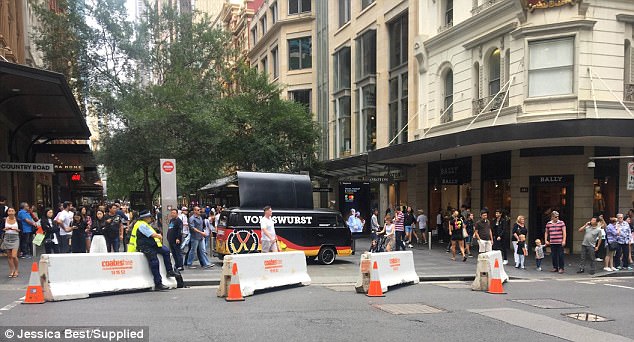 Huge bollards were installed in front of the Pitt Street shopping precinct, close to the city’s biggest department stores 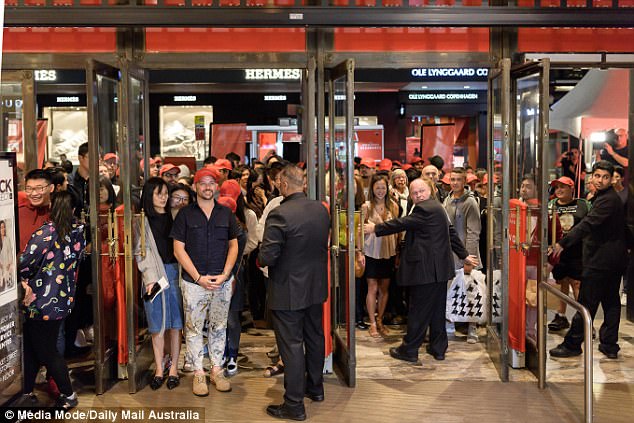 Bright and early! Hundreds lined up outside David Jones in the early hours of Tuesday morning to get their hands on the clearance sales 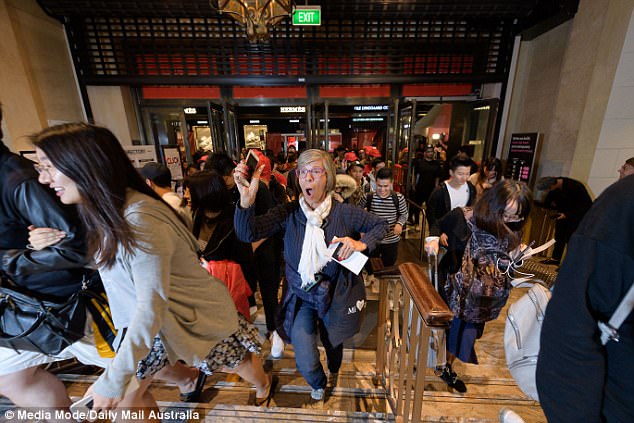 Meantime, Victorian officials ramped up security at the Melbourne Cricket Ground for the Boxing Day test, with punters warned to allow extra time for bag checks.

The Victorian government said there would be an increased police presence at other major events, including upcoming New Year’s Eve festivities.

‘If you see something that you don’t think is right, speak to one of the many members of Victoria Police that will be out and about over this really busy period,’ Premier Daniel Andrews said at the weekend: