True story behind All The Money In The World: Getty family

Ridley Scott’s new film All The Money In The World hit the headlines when its leading man Kevin Spacey was replaced by Christopher Plummer after the former was accused of being a serial sexual predator.

But the true story that the film depicts, the kidnapping of the grandson of the richest man in the world, dominated the news during five months in the 1970s.

Taken: John Paul Getty III, grandson of oil billionaire J. Paul Getty, pictured at a party hosted by Andy Warhol in 1976, was kidnapped and held for ransom for five months 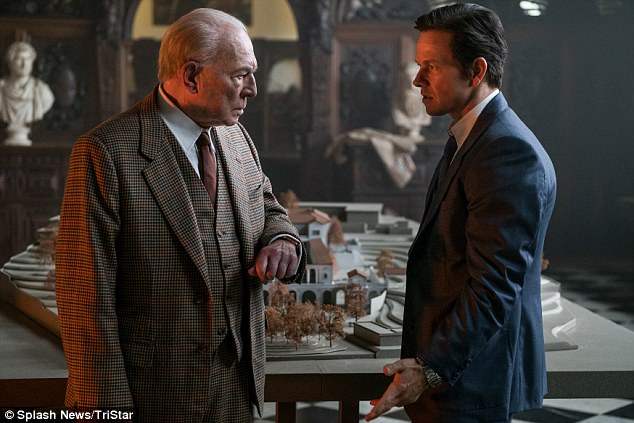 Film: Christopher Plummer as J. Paul Getty and Mark Wahlberg as is adviser and former CIA operative Fletcher Chase in All The Money In The World

His grandfather Getty Sr – played by Christopher Plummer in the film – had made his fortune drilling for oil in the early 20th century, ultimately setting up Getty Oil Inc in 1949.

By 1966 he had a personal wealth of $1.2 billion (more than $8.8 billion today), making him the world’s richest private citizen.

But when Getty Jnr developed a debilitating drug addiction, Getty Snr cut the family off, including John Paul Getty III – known as Paul – and his siblings.

Getty Jnr eventually remarried and moved to England, but young Paul stayed in Rome where he lived a Bohemian lifestyle, reportedly selling paintings and trinkets to make a living.

In July 1973, he was kidnapped by a group of men, some of whom had connections to the Calabrian ‘Ndrangheta crime syndicate, and they soon contacted the Getty family demanding $17million. 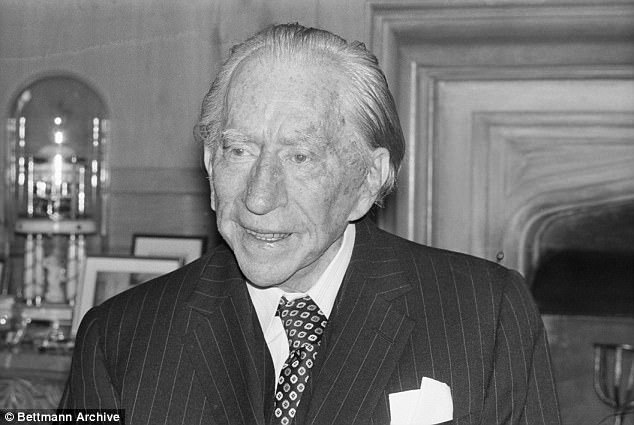 Stingy: Despite the fact that Getty Snr was the richest man in the world at the time, he refused to pay the $17million ransom for the teenager and the kidnappers thought his family was lying because they could not believe a grandfather could be so heartless 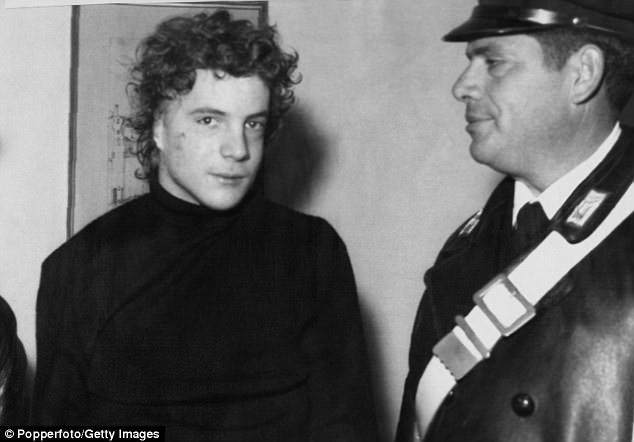 Saved: John Paul Getty III with a police officer after his kidnapping in Italy, the scarring from where his ear was cut off clearly visible 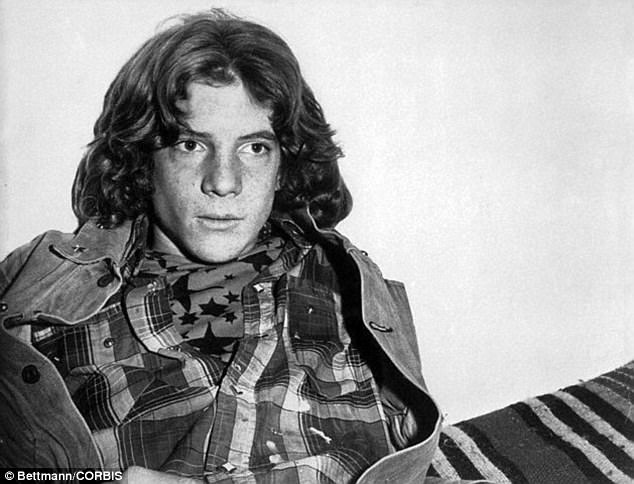 No going back:  John Paul Getty III soon became addicted to drugs and alcohol after the kidnapping ordeal and eventually overdosed aged 25, leaving him severely disabled

Getty Jnr’s drug addiction was so severe that he was unable to deal with his son’s kidnapping and it fell upon Paul’s mother Gail Harris – played by Michelle Williams in the film – to negotiate with the kidnappers to try to free their son.

Ms Harris contacted Getty Snr who flat out refused to pay the ransom, arguing that if he even paid a penny in ransom for one of his 14 grandchildren ‘he would soon have 14 kidnapped grandchildren’.

In spite of a letter from the teen and a phone call in which the kidnappers threatened to sever one of their hostage’s fingers, Getty Snr kept refusing to pay for his return.

One of the kidnappers who had been dealing with Ms Harris is said to have exclaimed that he could not believe that the richest man in the world would refuse to pay money for his grandchild’s safety.

As Getty Snr was raking in millions per week, it would not even had made a dent in his finances to pay the initial $17million but he was notoriously tight with money. 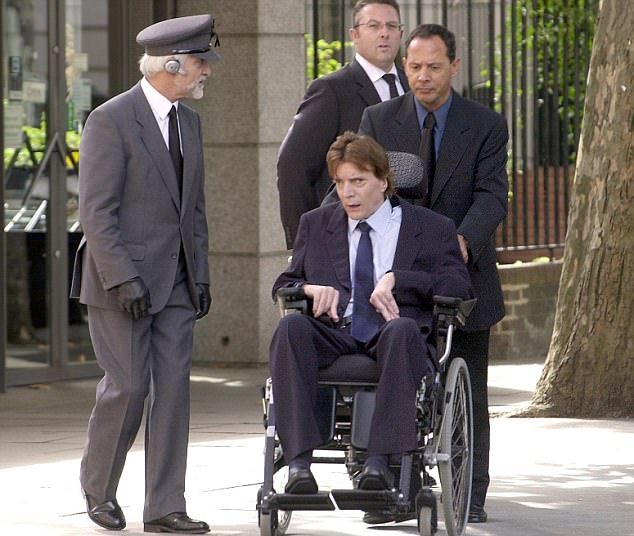 Getty Snr, who had emigrated to Surrey, England, once admitted to installing a pay-phone at his estate for guests to use.

However, four months into the kidnapping, the Italian gangsters grew impatient, and cut off the teenage hostage’s ear and sent it to his family via a local newspaper.

This act had some effect on Getty Snr, who agreed to pay out  $2.2million – the highest figure that would be tax-deductible – but only as a loan to Paul’s father, who would have to pay it back with a four per cent interest.

Paul was eventually released and his captors dumped him at an abandoned service station in rural Calabria. Once safe, he tried to call his grandfather to thank him for paying the ransom, but Getty Snr famously refused to come to the phone.

He married a childhood friend a few months after his release, and their son Balthazar Getty – now a Hollywood actor – was born shortly after he turned 18.

Despite the family joy, the oil heir never truly recovered from the ordeal and turned to drugs and alcohol.

In 1981, aged 25, he overdosed on Valium, methadone, and alcohol which caused liver failure and a stroke.

This left him quadriplegic, partially blind and unable to speak, and he spent the rest of his life nursed round-the-clock since by his mother and a team of carers.

Paul’s own father, Sir John Paul II, refused to pay his huge medical bills, saying he had to live with the consequences of his own drug-induced actions.