Many doctors are claiming that the Trump administration’s new guidelines for birth control cite outdated research to justify exempting certain forms from being covered by insurance.

The rules say that employers should be able to deny health insurance coverage for some certain IUDs and forms of emergency contraception that the administration purports are forms of abortion.

This claim is based largely on uncertainty surrounding whether or not these contraceptives can prevent a fertilized egg from being implanted in the uterine lining. In fact, contraceptives work by stopping ovulation.

A number of women’s health experts have said that current research indicates that it’s very unlikely that these contraception methods have that ability.

Experts warn that the Trump administration’s new rule on forms of birth control like the morning after pill selectively ignore prevailing recent research, which says that drugs like Plan B do not affect the uterine lining or a fertilized egg

‘This rule is listing things that are not scientifically validated, and in some cases things that are wrong, to try to justify a decision that is not in the best interests of women and society,’ said Dr. Hal Lawrence, CEO of the American Congress of Obstetricians and Gynecologists.

Birth control provides benefits beyond preventing women from conceiving, and according to the CDC, 99 percent of women have used some form of birth control at some point in their lives.

The advantages and drawbacks vary with the wide array of birth control options available to women.

Forms of birth control ranging from condoms to intrauterine devices (IUDs) are about 99 percent effective. These include:

That number drops down to about 85 percent for condoms, once it’s adjusted to include human error, they’re about 85 percent effective. They are the only form of birth control that also guards against sexually transmitted diseases.

About 16 percent of women women of reproductive age in the US are on ‘the pill,’ or some form of oral contraceptive. The hormones in the pill make it more difficult for sperm to reach an egg.

For many women, the pill or hormone-IUDs do much more than prevent pregnancy. The hormones in birth control have benefits for: 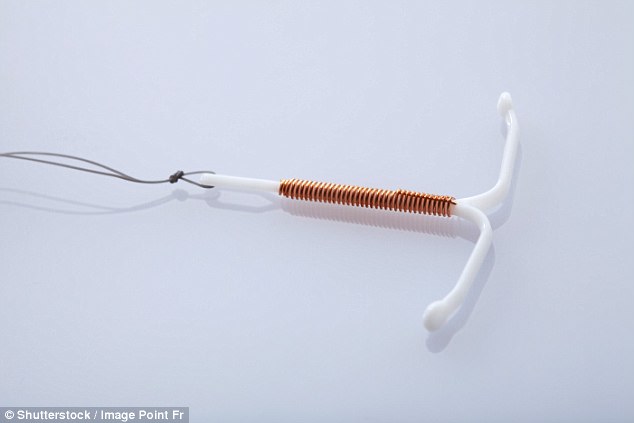 Copper IUDs are the most effective form of emergency contraception. They create an environment that is toxic to sperm, and may make the uterus a more hostile environment to a fertilized egg – if a sperm reaches it

The guidelines also question studies used by the Obama administration to demonstrate the role of birth control in the declining rates of unintended pregnancies in the US.

Birth control is an important element of family planning. Women who become pregnant earlier or later in life are more likely to have high risk pregnancies that could result in health problems for both her and her baby.

Guttmacher Institute’s summary of research reports that unintended pregnancy rates in 2011 were the lowest they have been since 1981, a trend that most research attributes to the widespread use and availability of birth control.

Unintended pregnancy disrupts the ability of women to pursue their educations and careers. Birth control helps families to space out the births of their children to maintain economic and interpersonal stability,

The new rule points to the Food and Drug Administration’s (FDA) published information on contraceptives, which describes how emergency contraceptives – also called ‘morning after pills’ – and intrauterine devices (IUDs) work.

The FDA’s page on birth control does in fact say that emergency contraceptives like Plan B, ella, and copper IUDs ‘may’ prevent a fertilized egg from attaching to the uterine wall.

Abortion, by definition, occurs after a sperm has fertilized an egg, while anything that prevents a sperm from reaching and fertilizing an egg is contraceptive.

What happens between the fertilization of an egg and its implantation in the uterine lining is a bit of a grey area, but most recent research suggests that, with the possible exception of the copper IUD, emergency contraception simply blocks ovulation, so a woman’s ovaries do not release an egg to be fertilized.