President Donald Trump lambasted Anthony Scaramucci Monday after the former White House communications director once again questioned the president’s mental capacity and said he was recruiting Republican challengers against him.

‘Anthony Scaramucci is a highly unstable “nut job” who was with other candidates in the primary who got shellaced, and then unfortunately wheedled his way into my campaign,’ Trump wrote, misspelling ‘shellacked,’ a word President Obama once used to describe a Democratic defeat.

‘I barely knew him until his 11 days of gross incompetence-made a fool of himself, bad on TV,’ Trump wrote.

‘Abused staff … got fired. Wrote a very nice book about me just recently. Now the book is a lie? Said his wife was driving him crazy, “something big” was happening with her,’ the president continued. ‘Getting divorced. He was a mental wreck. We didn’t want him around. Now Fake News puts him on like he was my buddy!’

The president weighed in about an hour after Scaramucci continued his flame-thrower attacks on Trump Monday, telling CNN the president was ‘off his rocker’ and begging another Republican to step up and challenge him. 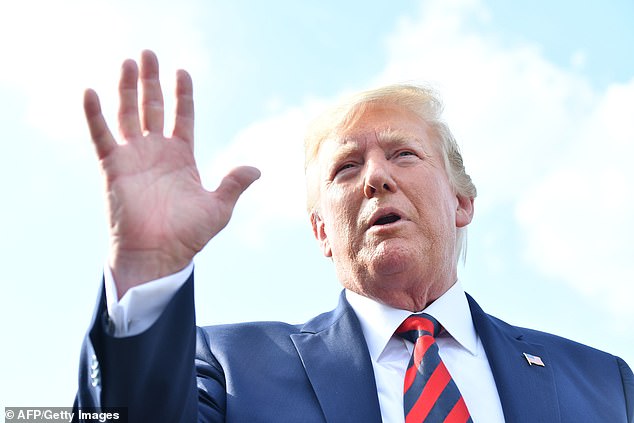 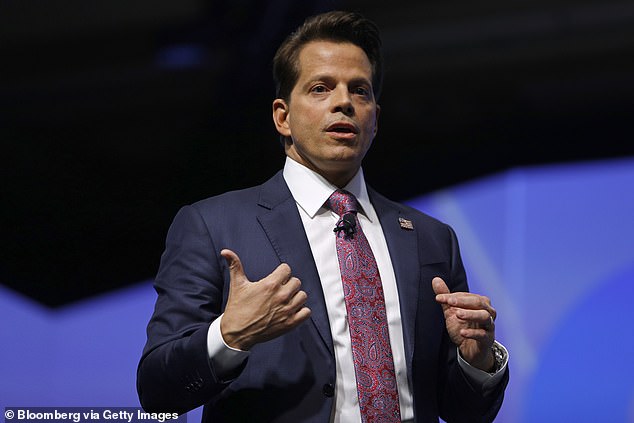 Anthony Scaramucci said in a magazine interview that Donald Trump is like the Night King, the ‘Game of Thrones’ villain whose death brought an army of the undead to a halt

‘You know the situation is unstable. You know that the president is off his rocker,’ Scaramucci told CNN in a Monday morning interview.

In the latest in a running string of attacks on the president he once served, Scaramucci implored Republicans to run against him in the primary.

‘What are you going to say in 2024 ?iWell I knew that that but i didn’t want to hurt my prospects in the future, so I kept my mouth shut. you have to operate in an environment like this without fear,’ he said.

Scaramucci, who served on the White House staff for just 11 days, continued his stream of attacks on Trump’s fitness to serve, calling him ‘rambling’ and calling him out for ‘disconnecting sentences.’

‘He’s acting in a way that’s irrational and unstable,’ he said.

He said he put together a team to seek out a primary challenger, and said he is urging former cabinet members to come forward with their own stories about Trump.

‘This not just screeching rhetoric. This is: OK, the guy is unstable. Everyone inside knows it, everyone outside knows it. Let’s see if we can find a viable alternative,’ he said.

‘I have to get some former Cabinet officials in unity to speak up about it. They know it’s a crisis,’ he claimed. 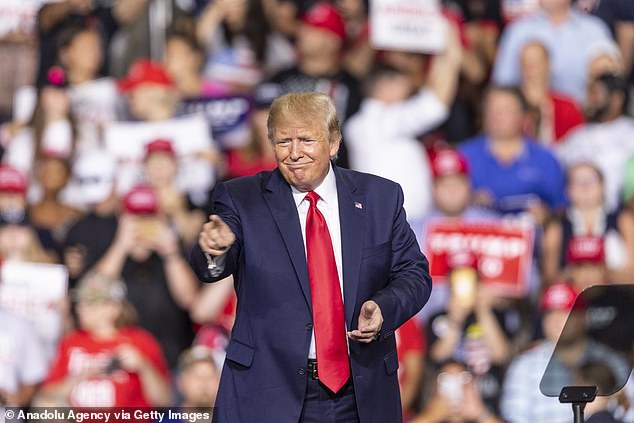 President Trump has been in a war of words with his former aide for days; Scaramucci washed out of the White House after 11 days as communications director and the president doesn’t want to let him forget it

Scaramucci spent last week calling on Republicans to stop fearing the president’s withering attacks and claiming that his mental faculties are deteriorating.

‘This is an observational objective thing: the guy’s nuts,’ he said Friday. ‘We’ve gotta defeat him. Everybody in the Republican Party knows it.’

‘And by the way, let’s find somebody younger, charismatic, understands the issues, can reach into the population and say, “Yeah, I got it.” But come on, this guy is gonna take us off the rails,’ he said.

‘I think the guy is losing it, mentally,’ he claimed. ‘He has declining mental faculties; he’s becoming more petulant; he’s becoming more impetuous. Okay, you see just by the way he’s sweating, his body’s not doing well. It’s obviously not a guy that takes care of himself, right?’

President Trump has blasted back at his former aide, calling him a ‘nervous, neurotic wreck.

Scaramucci also has predicted that the president won’t stand for re-election next year as the GOP’s nominee, despite Trump’s continued focus on his reelection.

Trump said Sunday night he was assessing the situation of presidential debates – just the latest indication he is focused on his run.