President Donald Trump boasted last fall that he would open all remaining John F. Kennedy assassination records. So far, Trump hasn’t made good on the ‘great transparency’ he promised then.

Trump announced on Thursday that the public must wait another three years or more before seeing material that must remain classified for national security reasons – more than five decades after Kennedy was killed Nov. 22, 1963 in Dallas, Texas.

The National Archives released its last batch of more than 19,000 records on Thursday.

But an undisclosed amount of material remains under wraps because Trump said the potential harm to U.S. national security, law enforcement or foreign affairs is ‘of such gravity that it outweighs the public interest in immediate disclosure.’

He ordered the CIA and other agencies to take yet another look at each blacked-out section of their documents during the next three years to see what more can be released. 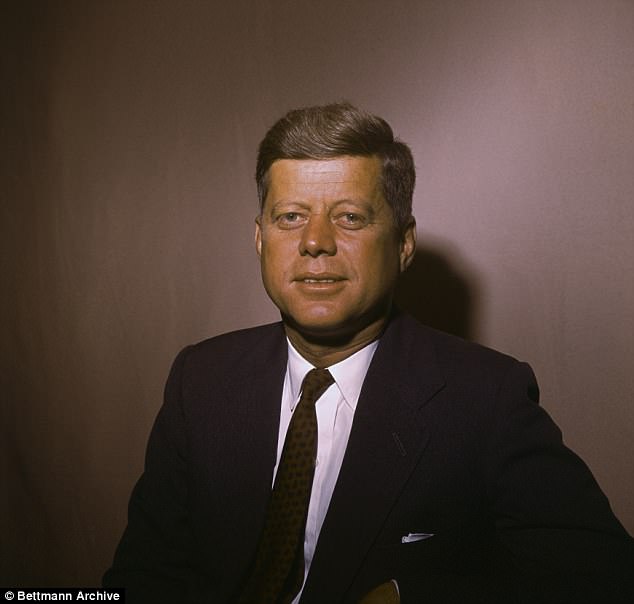 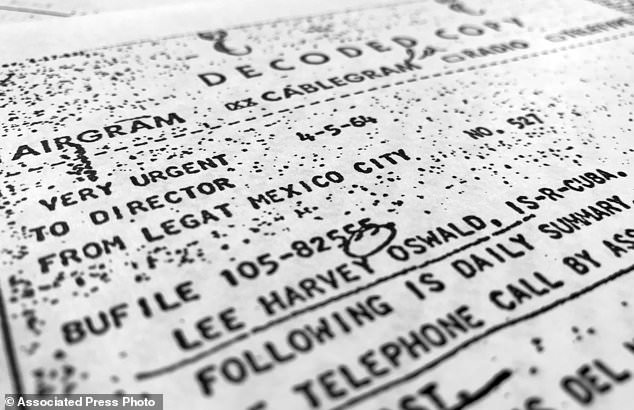 Part of a file, dated April 5, 1964, details efforts to trace Lee Harvey Oswald’s travel from Mexico City back to the United States, released for the first time on Thursday, Oct. 26, 2017, is photographed in Washington

CIA spokesman Nicole de Haay said the agency has already released more than 99 percent of CIA information that was in the Kennedy assassination records collection.

‘CIA narrowly redacted information in rare instances only to protect CIA assets, officers and their families as well as intelligence methods, operations and partnerships that remain critical to the security of our nation,’ she said.

Larry Sabato, director of the University of Virginia Center for Politics and author of a book about Kennedy, lamented that it might be 100 years post-assassination before everyone has a more complete picture of what happened. ‘I envy the scholars of, say, 2063,’ Sabato said.

The files released Thursday – mostly FBI and CIA records – detail how authorities combed through tips in the wake of Kennedy’s death, including a report from a woman who claimed she saw a man who looked like Oswald at a party in Mexico City.

Another file shows ex-CIA officer David Atlee Phillips being grilled by lawmakers about whether he believed Oswald was the lone assassin.

Phillips said he wished there was information showing the Soviets or former Cuban leader Fidel Castro had played a role ‘because there are so many people, especially on college campuses who are convinced the CIA did it.’ 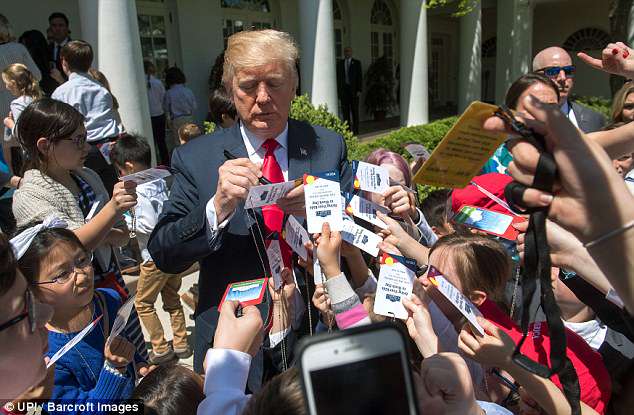 Trump signs autographs as he meets with children on “Take Our Daughters And Sons To Work Day”, at the White House in April 26, 2018

But Phillips said since there was no evidence showing Cuban or Soviet involvement, he had to believe Oswald was just ‘a kind of loony fellow who decided to shoot the President.’

The records are still being released today because in 1992, Congress passed the President John F. Kennedy Assassination Records Collection Act.

The act ordered the archives to disclose all information collected – some 5 million pages of material – on the assassination within 25 years – barring any exceptions designated by the president.

Those 25 years ended Oct. 26, 2017 and Trump had to decide whether any of the documents should still be kept secret. Several days before the deadline, it appeared Trump had no plans to withhold anything. 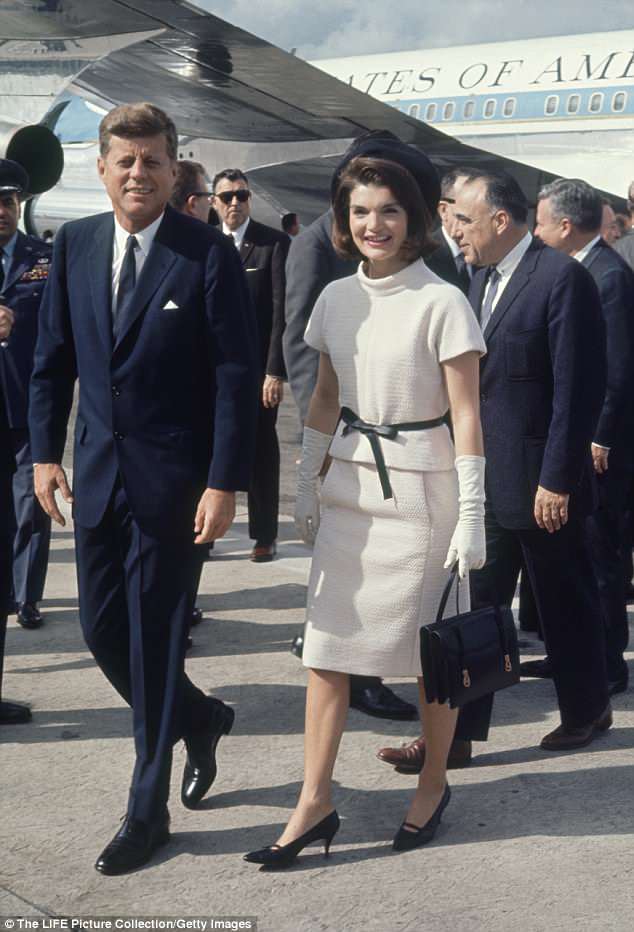 ‘Subject to the receipt of further information,’ he tweeted on Oct. 21, 2017. ‘I will be allowing, as president, the long blocked and classified JFK FILES to be opened.’

Again, on the day before the deadline, it appeared every last shred of the government’s material was headed for release. ‘The long anticipated release of the #JFKFiles will take place tomorrow. So interesting!’ Trump tweeted.

A lot of documents were released, but not all. Bending to appeals from the CIA and FBI, Trump blocked the release of hundreds of records pending a six-month review.

‘In the end there will be great transparency. It is my hope to get just about everything to public!’ Trump tweeted in October.

His six-month review ended Thursday when all documents, he said, were to be released ‘with redactions only in the rarest of circumstances.’

While happy for what’s been released so far, Sabato said more than 15,000 of the 19,045 in Thursday’s National Archives release have redactions – ‘some quite substantial.’ He said more than 500 files were held back in their entirely for various reasons.

‘Trump has set the next official argument over further disclosures at October 2021, when he may or may not still be president,’ Sabato said.