WASHINGTON (AP) – The nation should keep assault rifles out of the hands of anyone under 21, President Donald Trump says, defying his loyal supporters in the National Rifle Association amid America’s public reckoning over gun violence. He also pushed hard for arming security guards and many teachers in U.S. schools.

“There’s nothing more important than protecting our children,” Trump said, adding that he’d spoken with many members of Congress and NRA officials and insisting they would go along with his plans in the wake of last week’s school shooting in Parkland, Florida, that left 17 people dead.

But there were no words of support from the NRA for his minimum-age proposal – and outright opposition from organizations of teachers and school security guards for the idea of arming schools to deal with intruders.

President Donald Trump speaks during a meeting with state and local officials to discuss school safety in the Roosevelt Room of the White House, Thursday, Feb. 22, 2018, in Washington. (AP Photo/Evan Vucci)

“The NRA will back it and so will Congress,” Trump contended as he called for raising the legal age of purchase for “all” guns from 18 to 21. A spokesman later said Trump was speaking specifically about semi-automatic weapons. The president’s proposal came just hours after the NRA affirmed its opposition, calling such a restriction an infringement on gun owners’ rights.

Trump has spent the past two days listening to ideas about how to stem gun violence at schools after last week’s shooting at Marjory Stoneman Douglas High School. On Wednesday, he heard from students and family members of those killed in recent shootings and on Thursday from local and state officials.

In Florida, meanwhile, funerals continued. And a sheriff’s deputy who had been on duty at the school but never went inside to confront the shooter resigned after being suspended without pay.

He said Thursday that many teachers have military experience and suggested they be paid bonuses for the added responsibility of carrying weapons. He also appeared open to other proposals to “harden” schools, such as fortifying walls and limiting entry points.

One idea he didn’t like: the “active shooter” drills that some schools hold. He called that “a very negative thing” and said he wouldn’t want his own son participating.

Spokesman Raj Shah later said Trump was concerned about the name and would prefer calling them safety drills.

In Florida, Republican Sen. Marco Rubio said he now is open to raising age requirements for long-gun purchases. That was the day after he was confronted at a CNN town hall by Parkland students and parents over his pro-gun votes and support from the NRA.

Kansas Sen. Pat Roberts, another Republican, told reporters during a visit to the Kansas Statehouse that he supported raising age requirements, saying, “Certainly, nobody under 21 should have an AR-15.”

“Evil walks among us and God help us if we don’t harden our schools and protect our kids,” said Executive Vice President and CEO Wayne LaPierre. “The whole idea from some of our opponents that armed security makes us less safe is completely ridiculous.”

The NRA was an early supporter of Trump’s campaign, and it remains unclear how far the president will go to cross them.

Shortly before LaPierre took the stage, Trump offered a rallying cry on Twitter, calling NRA leaders “Great People and Great American Patriots. They love our Country and will do the right thing.”

“I don’t think I’ll be going up against them,” he said of the politically influential group. “I really think the NRA wants to do what’s right.”

In Congress, a bill being drafted by Sens. Dianne Feinstein, D-Calif., and Jeff Flake, R-Ariz., would apply more broadly than just to assault rifles such as the AR-15 used in the Florida shootings. It would raise the age requirements for all rifles.

In the end, Trump did not stray too far from conservative Republican orthodoxy. His focus when it comes to background checks is on mental health concerns and not loopholes that permit loose private gun sales on the internet and at gun shows. And he remains opposed to a full ban on assault rifles, Shah said.

Democratic Leader Chuck Schumer said he was skeptical the president would follow though.

“The last time he showed support for sensible gun reform – no fly, no buy – he quickly dropped his support once the NRA opposed it. I hope this time will be different,” Schumer said in a statement, referring to a measure backed by Democrats to prevent people on a terrorism-related “no fly” list from buying guns.

Indeed, it is not clear that the GOP-controlled Congress, which is in recess, will take up or act on a variety of legislative proposals that have been made to address gun violence. Those include measures to expand federal background checks, allow authorities to issue emergency orders to take guns from people identified as a threat to themselves or others, and raise the minimum age for rifle purchases to 21.

But recent mass shootings, including the 2012 mass murder of elementary school children in Newtown, Connecticut, and the killing of 58 people in Las Vegas last fall, have not resulted in significant legislation. In fact, a bill passed by the House in December would make it easier for gun owners to carry concealed weapons across state lines. 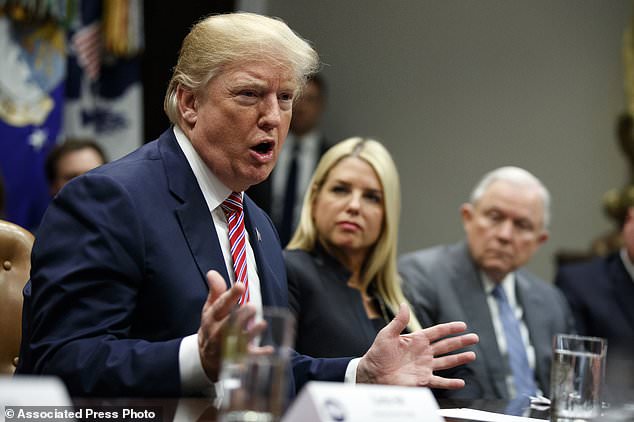 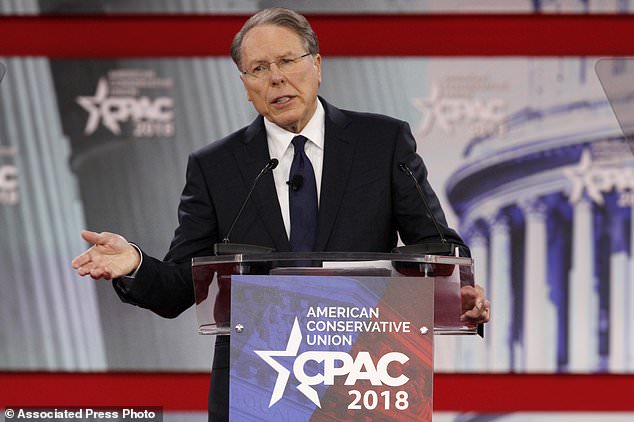 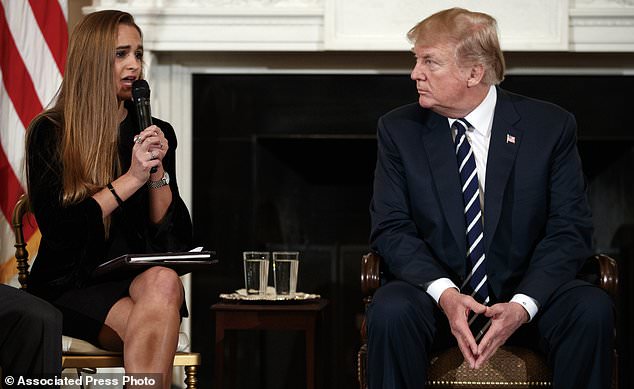 President Donald Trump, looks to Julia Cordover, the student body president at Marjory Stoneman Douglas High School in Parkland, Fla., as she speaks during the listening session with high school students, teachers, and others in the State Dining Room of the White House in Washington, Wednesday, Feb. 21, 2018. (AP Photo/Carolyn Kaster) 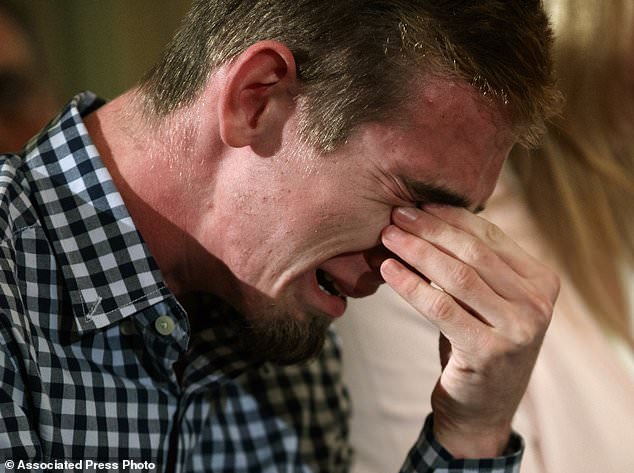 Samuel Zeif, an 18-year-old senior at Marjory Stoneman Douglas High School in Parkland, Fla., cries after speaking during a listening session with President Donald Trump and students and teachers in the State Dining Room of the White House in Washington, Wednesday, Feb. 21, 2018. (AP Photo/Carolyn Kaster)