On August 25, President Trump and Prime Minister Trudeau sat down before the press after negotiations at the G7 summit in Biarritz, France.

The two world leaders boasted their successful new deal, the United States-Mexico-Canada Agreement and said this deal was envied by fellow diplomats at the summit.

‘Quite frankly, around the table there’s a number of people wanting to make trade deals with each other,’ Trudeau said, according to CBC. 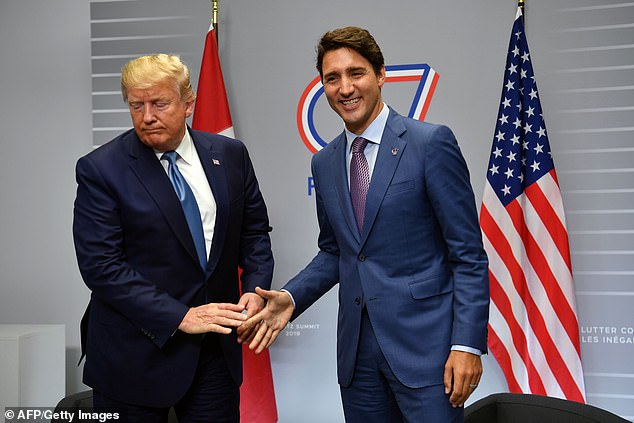 While President Trump and Prime Minister Trudeau bragged about the agreements benefits, critics of Trudeau to point out the Canadians alleged shortcomings.

In a tweet, he writes: ‘Trudeau bravely trash-talks Trump to the press gallery in Canada. But whenever they actually meet, Trudeau assumes a submissive position – politically, and even physically.’

‘Even a child would know who is in control.’ 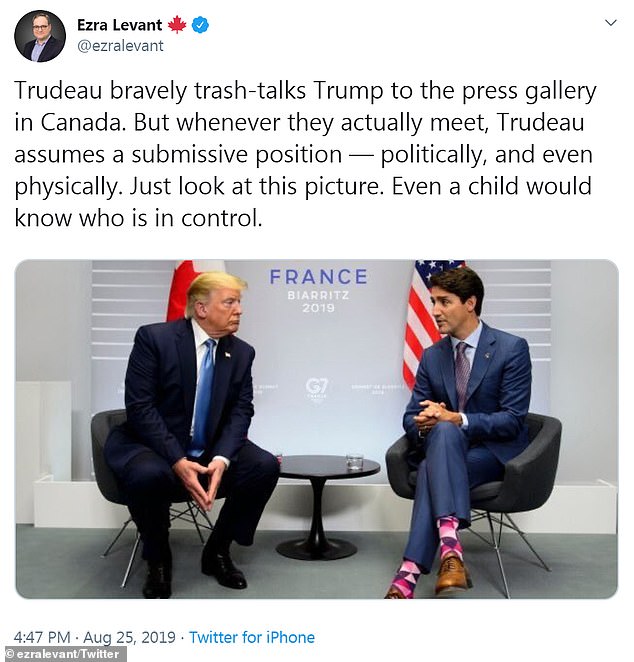 Ezra Levant, founder of The Rebel Media, took shots at Trudeau for being ‘submissive’ to President Trump and mocked Trudeau’s physical stance 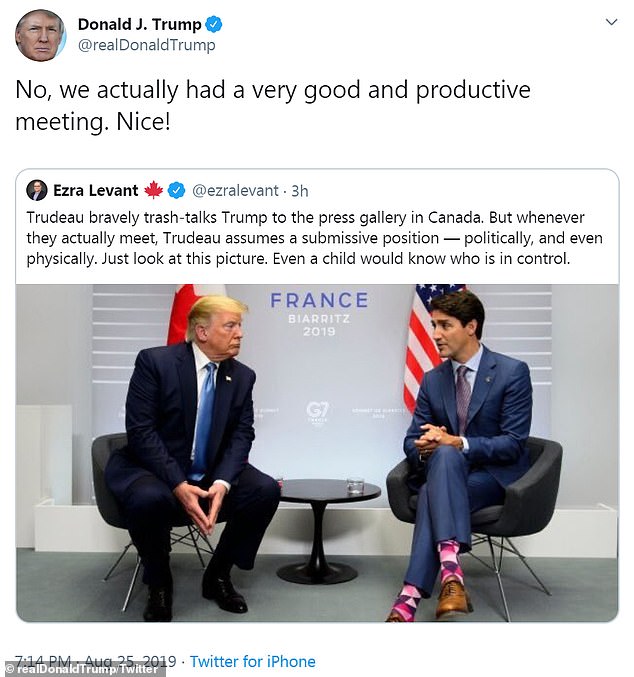 President Trump readily fired back at Levant, claiming the G7 meeting was ‘productive’ and ‘nice’ 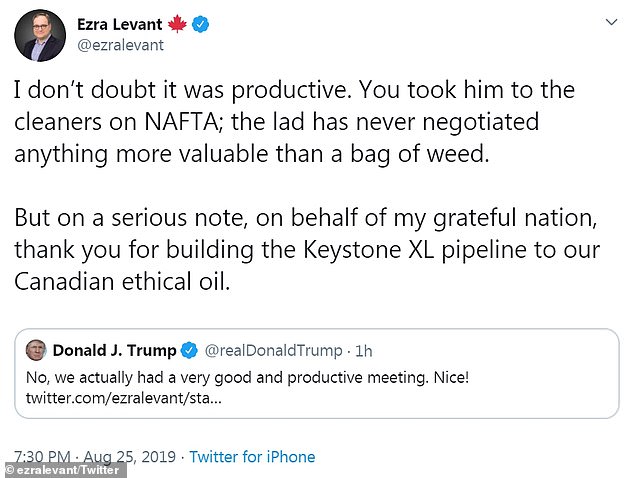 Levant: ‘the lad has never negotiated anything more valuable than a bag of weed’

Less than three hours later, President Trump attempted to correct Levant by claiming the meeting between the two politicians was ‘nice!’

Levant quickly responded to the President, taking another opportunity to take a jab at Prime Minister Trudeau by saying, ‘the lad has never negotiated anything more valuable than a bag of weed.’

During Trudeau’s 2015 campaign, the Prime Minister made promises to legalize marijuana. 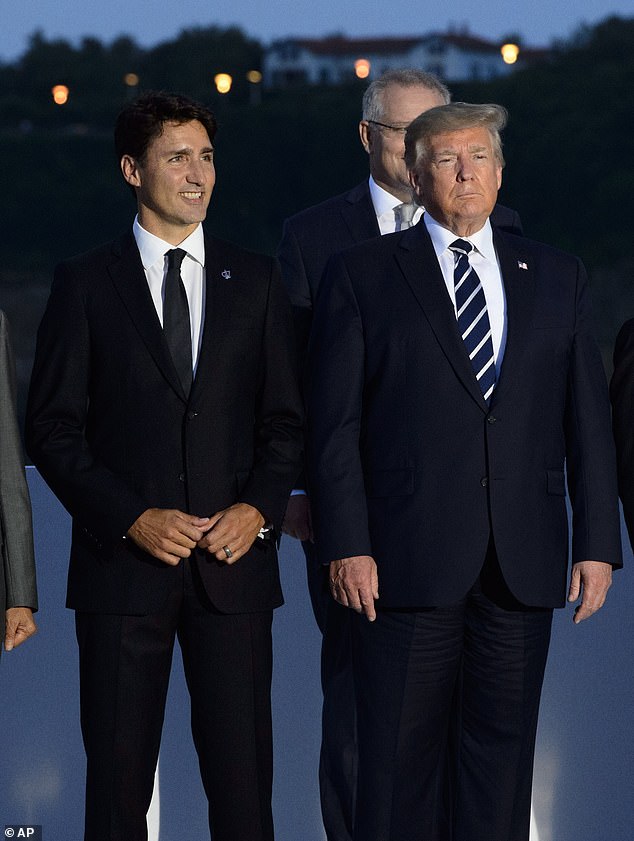 Although Trump has stepped up to defend the Canadian world leader, he has openly criticized Trudeau in the past

Despite President Trump coming to the Trudeau’s aid, the Commander in Chief has been a vocal critique of the Canadian politician in the past.

During the 2018 G7 summit in Quebec, Canada, President Trump went on a Twitter rant where he accused Trudeau of being ‘meek’ and dishonest’.

According to President Trump, Prime Minister Trudeau was ‘mild’ during meetings about Trump’s steel and aluminum tariffs on United States allies before lambasting President Trump to the press.