Donald Trump deleted three of his tweets on Tuesday night following the los of his favored candidate in Alabama’s Republican Senate primary election.

Shortly after Roy Moore was declared the winner over Trump’s pick, Luther Strange, the president sanitized his Twitter account of his most recent endorsements.

‘Luther Strange has been shooting up in the Alabama polls since my endorsement. Finish the job – vote today for “Big Luther”,’ read one of the zapped tweets.

‘ALABAMA, get out and vote for Luther Strange – he has proven to me that he will never let you down!’ another read. 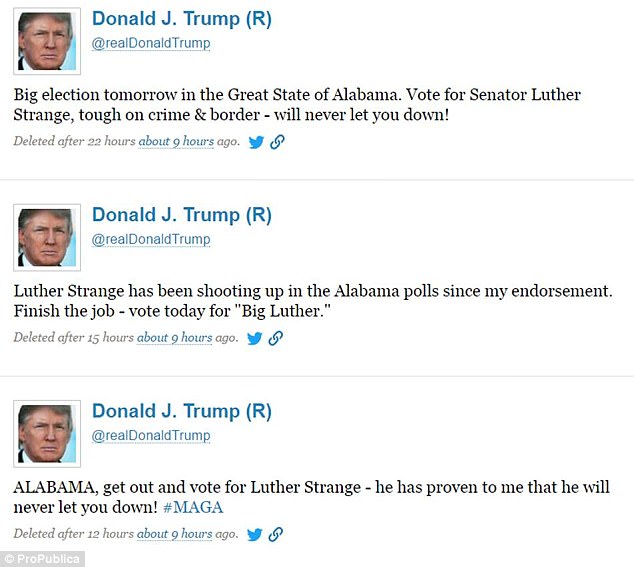 ‘Big election tomorrow in the Great State of Alabama. Vote for Senator Luther Strange, tough on crime & border – will never let you down!’ Trump had said in the third deleted tweet.

ProPublica, a journalism watchdog group, captured the tweets and flagged the deletions immediately, thanks to an automated search engine that tracks changes to Trump’s social media accounts.

Last Friday during a rally in support of Strange, the president conceded that he ‘might have made a mistake’ in giving ‘Big Luther’ his endorsement.

‘If Luther doesn’t win they’re not going to say we picked up 25 points in a short period of time,’ he added.

‘If his opponent wins, I’m going to be here campaigning like hell for him.’

A pair of liberal advocacy groups have argued that Trump may be breaking federal law by deleted his tweets, including those that he corrects later because of typos or misspellings.

Citizens for Responsibility and Ethics in Washington and the National Security Archive filed a lawsuit in June, saying that deleting social media posts violates the Presidential Records Act.

That law requires presidential communications to be permanently archived by the government. 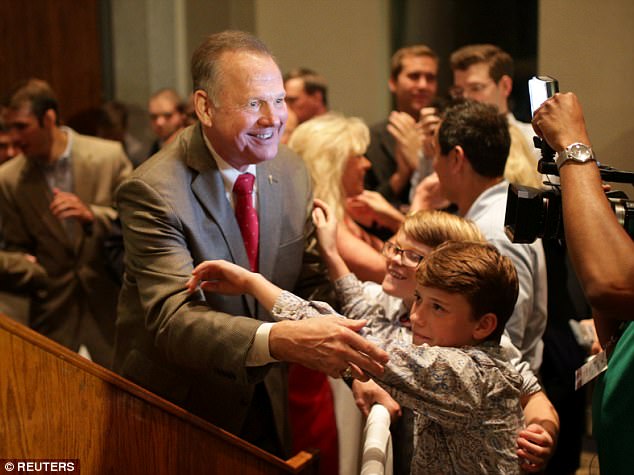 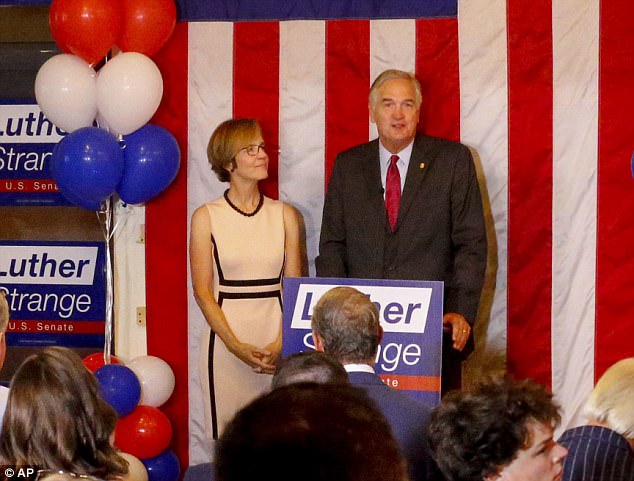 A week ago, the president tweeted that he was ‘looking forward to Friday night in the Great State of Alabama. I am supporting “Big” Luther Strange because he was so loyal & helpful to me!’

The day after his barn-burner rally, he tweeted: ‘It was great being with Luther Strange last night in Alabama. What great people, what a crowd! Vote Luther on Tuesday.’