Trump on Thursday threatened to shutdown the government this fall if he doesn’t getting the billions needed to build his wall on the U.S.-Mexico border.

‘Republicans and Democrats MUST come together, finally, with a major Border Security package, which will include funding for the Wall. After 40 years of talk, it is finally time for action. Fix the Border, for once and for all, NOW!,’ he tweeted Friday morning from Mar-a-Lago, where he is spending his Thanksgiving holiday. 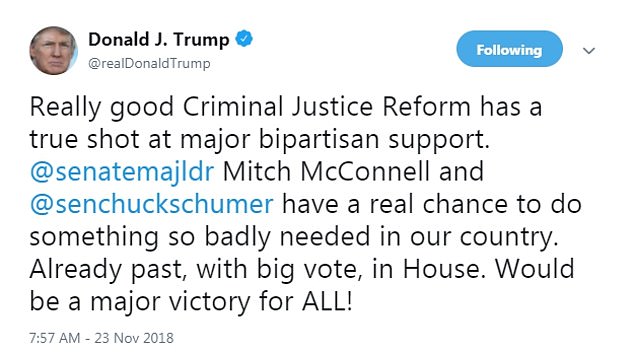 He also made a push for criminal justice reform, an issue his son-in-law Jared Kushner and daughter Ivanka Trump are backing.

The president took a zinger at Senate Majority Leader Mitch McConnell and Senate Democratic Leader Chuck Schumer in his tweet, saying there is a ‘true shot a major bipartisan support.’

‘Really good Criminal Justice Reform has a true shot at major bipartisan support. @senatemajldr Mitch McConnell and @senchuckschumer have a real chance to do something so badly needed in our country. Already past, with big vote, in House. Would be a major victory for ALL!,’ he wrote.

Trump reportedly talked to McConnell this week on the issue, but the Senate Majority Leader warned him that the clock is ticking on the lame duck session of Congress, which is scheduled to end Dec. 14, although that could be extended.

Lawmakers have to finish funding the government by Dec. 7, an issue that will likely dominate their time when they return to Washington D.C. next week. They are also trying to pass a farm bill, an issue of importance in red states that voted for Trump in 2016.

Trump on Thursday threatened to shutdown the government if there’s not funding for his border wall.

Speaking to reporters at Mar-a-Lago, the president said there ‘certainly could’ be a government shut down this fall.

‘Could there be a shut down? There certainly could and it will be about border security, of which the wall is a part,’ he said.

Congress has until Dec. 7 to fund the rest of the government after lawmakers failed to approve seven of the 12 individual funding bills before the deadline and, instead, passed temporary funding to keep the government open while they work on the issue.

House and Senate versions of appropriations bills have funding for the president’s wall at different levels.

The House bill funding the Department of Homeland Security has $5 billion in funding for the border wall while the Senate version has $1.6 billion.

They will spend December trying to resolve the issue. Democrats have felt Trump’s wrath on border security. He repeatedly hammered them on the campaign trail for not being tough enough.

While Democrats say they want border security, they have bristled at the wall funding particularly without broader reform measures for immigrants, including protections for the so-called Dreamers, children who were brought to the U.S. illegally by their parents.

However, there could be a civil war in his own Republican Party over the legislation. 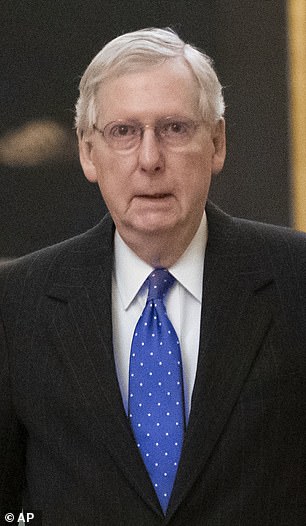 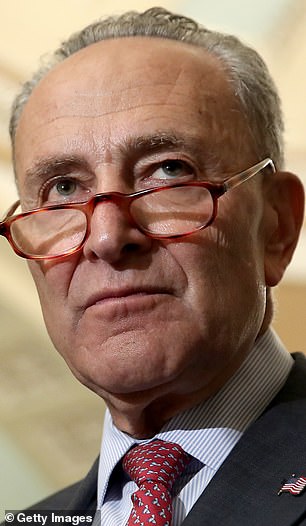 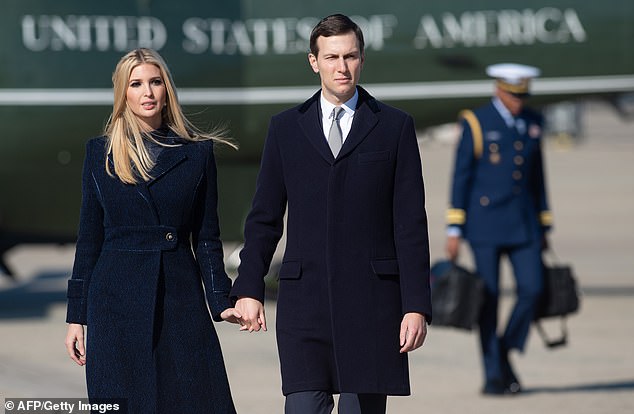 While Republicans Senators like Rand Paul and Lindsey Graham support the legislation, an influential bloc of conservatives, led by Arkansas Sen. Tom Cotton, oppose legislation that has early release provisions for jailed convicts.

That divisiveness in his own party could be why Trump included an appeal to Schumer as, thus far, Senate Democrats have been watching how the issue plays out from the sidelines.

The president may need votes from Democratic senators to get the issue passed.

The House did pass a version of the legislation in May but the Senate added the changes to sentencing laws in its version, meaning the lower chamber would need to approve the latest legislative package.

Senate Republicans who support criminal justice reform are eager to pass it before Congress adjourns for the year out of fears a Democratically-controlled House would add even more reform measures next year, making it harder for the GOP to pass on their side.