President Donald Trump is blasting reports he ordered an aide to fire special counsel Robert Mueller as head of the Russia probe only to back off when his White House lawyer threatened to quit.

Speaking to reporters in his first substantive comments of the day in Davos, where he is preparing to give an ‘America First’ speech to dignitaries and business honchos, Trump ripped a New York Times report as ‘fake news.’

He did not otherwise get into the substance of the report: that he asked White House counsel Don McGahn to fire Mueller last summer amid a series of reports that he was running an aggressive probe of his campaign’s Russia contacts and possible obstruction of justice. 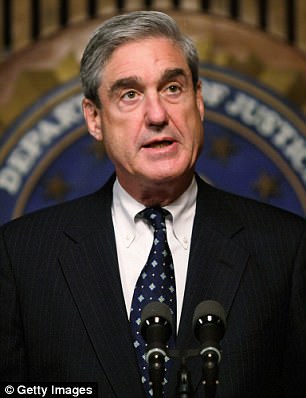 Donald Trump has denied reports that he tried to fire special prosecutor Robert Mueller as head of the Russia probe, saying they are ‘fake news’ 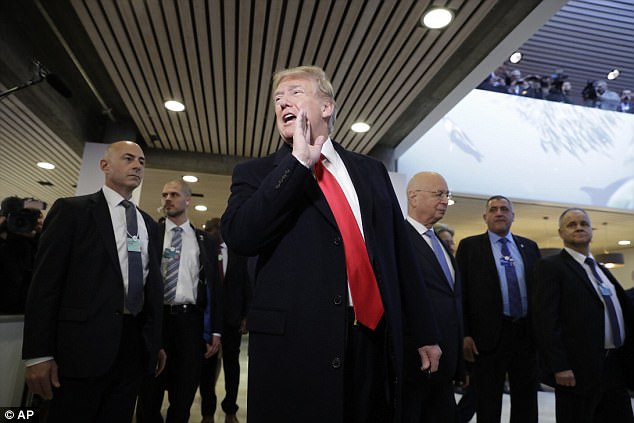 Trump spoke to reporters in Davos ahead of his address to world leaders on Friday, in which he will push his America First agenda

Trump told McGahn – a former Federal Elections Commission member who served as Trump’s campaign lawyer and advisor throughout the campaign – he wanted the overseer of the Russia investigation out, just a month after he was appointed.

But McGahn said he would rather resign then carry out his orders, four people with knowledge of matter told the New York Times.

Trump also took a shot at 2016 rival Hillary Clinton – though he did so in more diplomatic terms than usual in Switzerland.

‘I will say this with great conviction, that had the opposing party won, in my opinion, because they would have added additional regulation, I believe the markets would’ve been down anywhere from 25 to 50 percent,’ Trump said after a meeting with Swiss President Alain Berset.

After their bilateral meeting, he also hailed Switzerland as a ‘great place.’

‘So many friends in Switzerland,’ he added.

‘You have a lot of our stock,’ Trump observed. ‘I have helped to make Switzerland even richer, and I’m very happy about that.’

The report of the June foiled firing is the first time Trump is believed to have tried to oust Mueller since the beginning of the probe into links between Moscow and the president’s campaign. The possibility that Trump might fire Mueller has been a subject of intense speculation as he has obtained guilty pleas from Trump associates and indicted former Trump campaign manager Paul Manafort on money laundering and corruption charges. 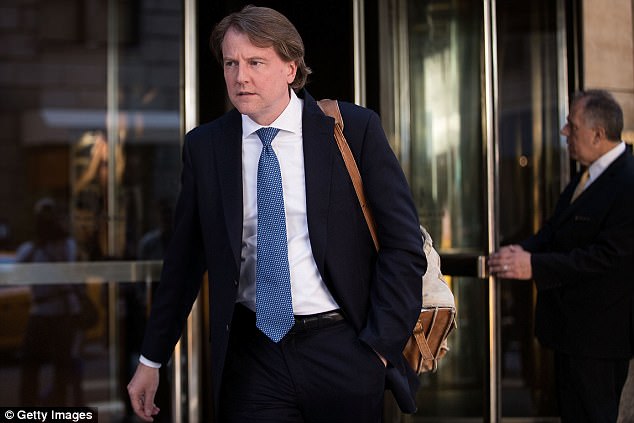 Trump told White House counsel Donald F. McGahn (above) he wanted the overseer of the Russia investigation out, just a month after he was appointed

Trump’s comments come after the president said he was happy to be interviewed under oath by Mueller, after it was revealed his investigators grilled Attorney General Jeff Sessions.

Trump is due to give a speech at the conference later on Friday in which he will push his America First agenda to the gathering of globalists.

The thrust of his speech will be that ‘America is open for business.’ Trump will tout his recent tax reforms, growing GDP figures and record highs for the stock market as evidence.

According to a preview that a senior administration official provided to reporters, Trump will use some of the one-world lingo favored by European leaders and industrialists gathered here in Davos – calling for nations to be ‘cooperating toward shared goals.’

‘He’s approaching this as an opportunity to tout America’s economic successes,’ said the official, adding that the speech is ‘in part a way to articulate America’s engagement in the world.’

The 15-minute address will also stress that America wants to do business on a global scale and is committed to overseas trade, but on terms that are fair and reciprocal.

Earlier this week, Trump slapped a 30 per cent tax on imported solar panels and another tax on washing machines, though the White House says this is to stop the US market from being undercut. 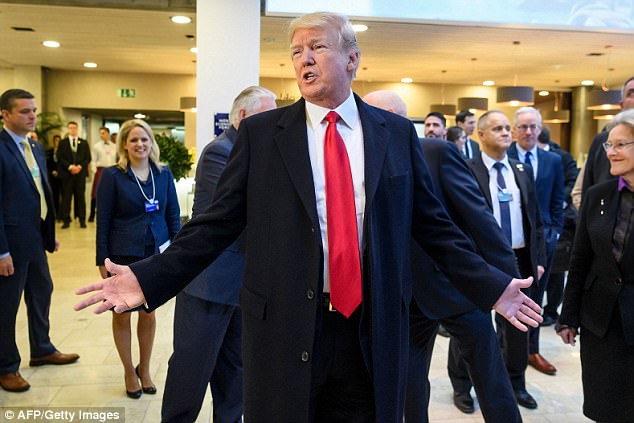 The President is expected to tell the gathering of globalists that ‘America is open for business’, pointing to his tax reforms and record stock market figures as evidence 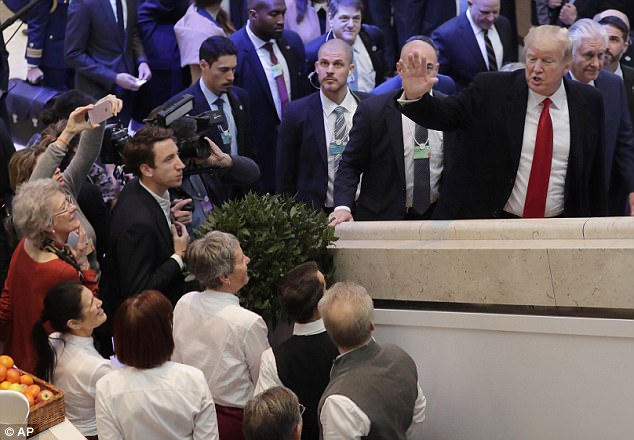 Trump will also tell the economic summit that world nations should be working together toward shared aims, such as the denuclearization of the Korean peninsula

Trump will then ‘issue calls to the international community’ to work on areas of common interest, such as combating ISIS and the nuclear threat in North Korea.

Trump will sprinkle his ‘America First’ address to European leaders and industrialists with some of the one-world lingo favored here in Davos – calling for nations ‘cooperating toward shared goals.’

Asked if Trump’s comments on trade should be seen as a warning to other countries, a spokesman denied this but said America will be ‘enforcing the rules of the road’. 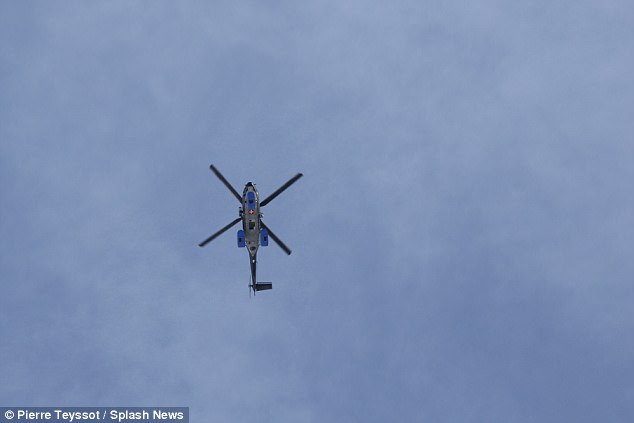 Marine One, carrying Donald Trump, flies in for his second day at the conference 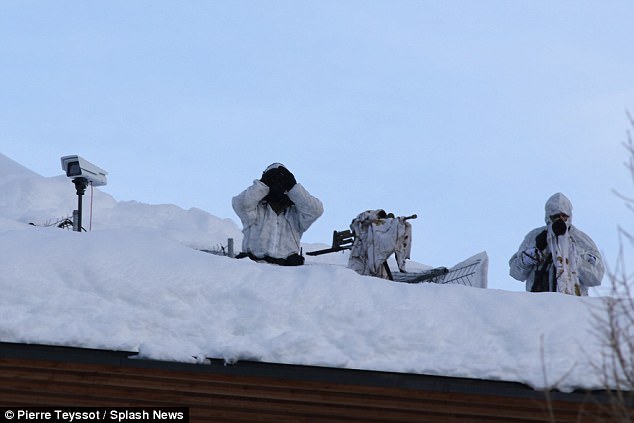