‘Ed Gillespie will turn the really bad Virginia economy #’s around, and fast. Strong on crime, he might even save our great statues/heritage!’ Trump tweeted.

He added a swipe at Gillespie’s Democratic opponent Ralph Northam, saying that he ‘doesn’t even show up to meetings/work, and will be VERY weak on crime!’

The Gillespie campaign has branded the Democrat, Virginia’s sitting lieutenant governor, ‘No-show Northam’ for his habit of skipping board meetings of the Virginia Economic Development Partnership.

Trump’s decision to weigh in on the ‘statues’ and ‘heritage’ controversy threatens to reopen an embarrassing nationwide chapter in his short White House tenure. 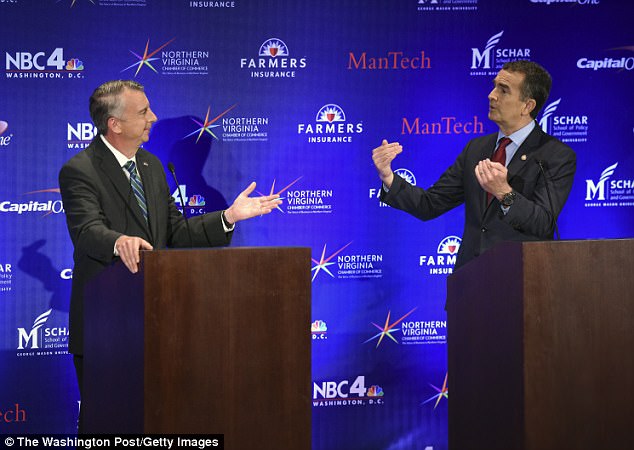 But in Virginia, where many roads and schools are still named after Robert E. Lee and Jefferson Davis, Trump’s calculation could attract support for Gillespie from the same ‘silent majority’ that elected the president. 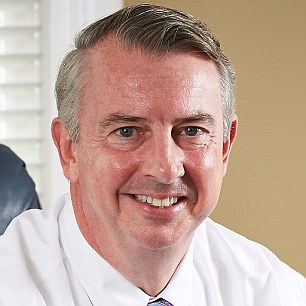 Gillespie is a former Republican Party chairman who came close to winning a U.S> Senate seat

In August a race riot broke out in Charlottesville, Virginia following a clash between Neo-Nazis and counter-protesters over a rally to save a Robert E. Lee statue from the wrecking ball.

A white supremacist later plowed his car into a crowd of anti-racist activists, killing one.

Trump later told reporters that there was violence on ‘both sides,’ drawing widespread condemnation for what some interpreted as willful blindness to virulent racism.

Northam, the Democrat, has prevailed in most polls this month. But the most recent Virginia survey, released this week by Hampton University, suddenly put Gillespie in the lead by 8 percentage points. 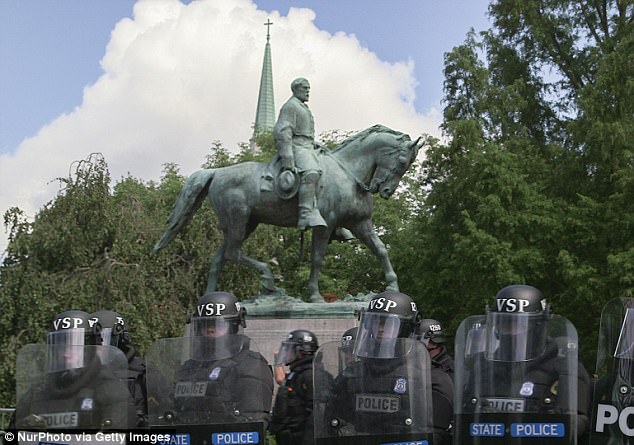 Trump’s mention of Virginia’s ‘heritage’ and ‘statues’ is a reference to a move to tear down statues of Confederate generals in the South, like this Robert E. Lee statue 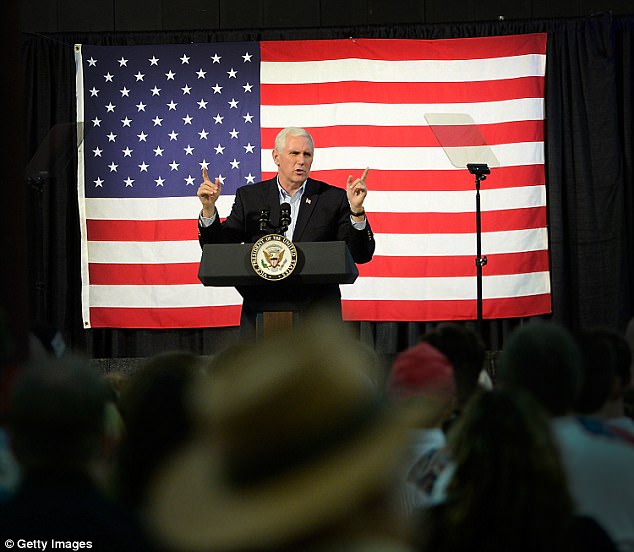 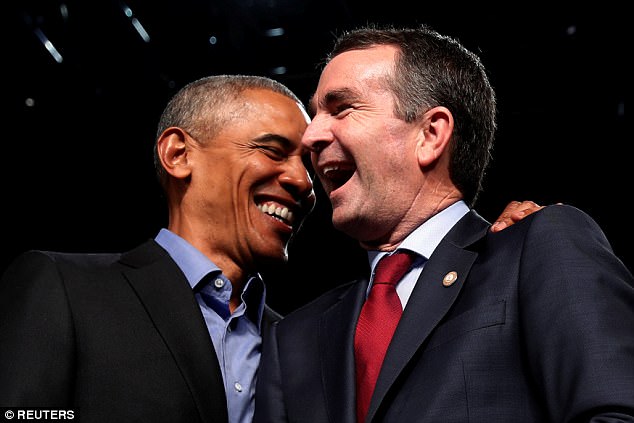 Trump first jumped into the Virginia race with an attack on Northam last three weeks ago by explicitly linking him to violent gangs.

The attack followed an early October poll showing Northam with a wide lead in the race, and links him to a violent street gang Trump has cited in his call for tighter immigration, branding members as ‘animals’ and ‘thugs.’

There have been no indications that Northam actually supports the violent gang, which is headquartered in El Salvador and known for horrific attacks on rival gang members and informers, as well as trafficking and other crimes. 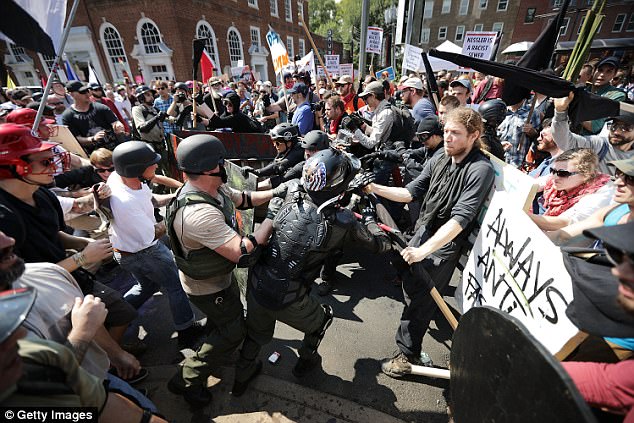 Trump said earlier this month that Northam, the Democrat, has been ‘fighting for’ the violent MS-13 street gang

Gillespie, a consummate Washington insider, has sought to keep Trump at arm’s length throughout the campaign while also trying to rally Trump supporters with hard-edged attacks on Northam over immigration.

Gillespie was a former operative on Capitol Hill before he began his rise.

Northam responded on Twitter that he was expecting Trump’s attack and asked supporters for donations.

Virginia is just one of two states electing governors this year, a swing state contest viewed as a possible referendum on Trump’s first year in office.

MS-13 has become a target of Trump in seeking support for a broader immigration crackdown.