President Donald Trump went after the ‘Crazy Mueller Report’ on Friday morning, insisting that parts of hit were ‘fabricated’ and ‘total bullsh*t’ and he never made embarrassing statements that were attributed to him.

According to the report, Trump claimed he was ‘f**ed’ when he learned of Robert Mueller’s appoint. He declared it would be the ‘end of my presidency,’ said Jody Hunt, the chief of staff to former Attorney General Jeff Sessions.

Hunt wrote contemporaneous notes that he shared with the special counsel on Trump’s reaction to Mueller’s hiring in the moments after Sessions informed the president that an independent investigator had been announced.

The White House immediately sought to downplay Hunt’s knowledge of the events, calling him somebody who’d been in the building ‘sparingly over the last couple of years.’

Trump took aim at him Friday in a tweet that told followers to ‘watch out’ for sources who produce ‘so-called “notes”‘ that were not known to exist before now.

President Donald Trump went after the ‘Crazy Mueller Report’ on Friday morning, insisting that parts of hit were ‘fabricated’ and ‘total bullsh*t’ and he never made embarrassing statements that were attributed to him 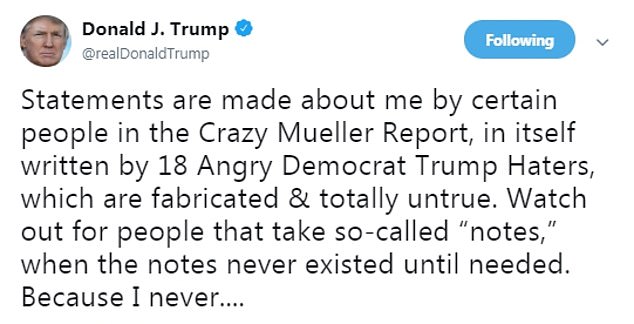 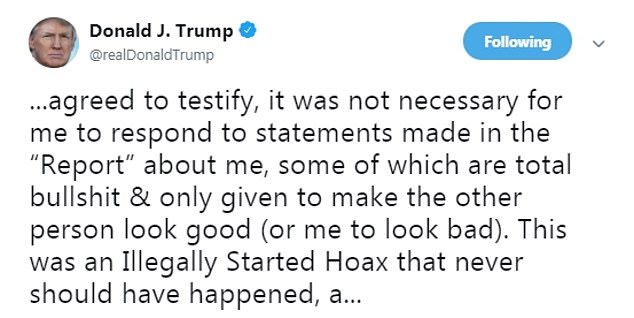 Yesterday, the president denied that he attempted to have Mueller fired on multiple occasions.

The president repeatedly said that he was having a ‘good day’ after the redacted Mueller report dropped on Thursday.

As the day wore on his comments turned nastier, and on Friday he was denying that certain events ever occurred. 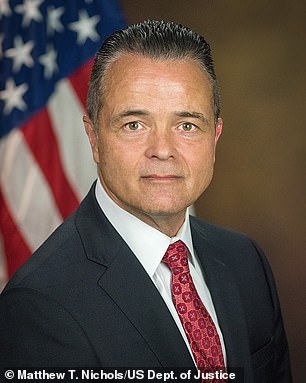 Trump seemed to be refuting Jody Hunt’s notes in his tweets. Hunt was chief of staff to the AG at the time of Mueller’s appointment

‘Statements are made about me by certain people in the Crazy Mueller Report, in itself written by 18 Angry Democrat Trump Haters, which are fabricated & totally untrue. Watch out for people that take so-called “notes,” when the notes never existed until needed,’ he said.

Because I never agreed to testify, it was not necessary for me to respond to statements made in the “Report” about me, some of which are total bullshit & only given to make the other person look good (or me to look bad).’

Trump seemed to be refuting Hunt’s note-taking in the report.

Conway told reporters that she ‘never’ heard Trump make comments like that.

She noted that the report contains ‘words where the president’s quoted throughout the report where he doesn’t use those words’ and they are merely generalizations. 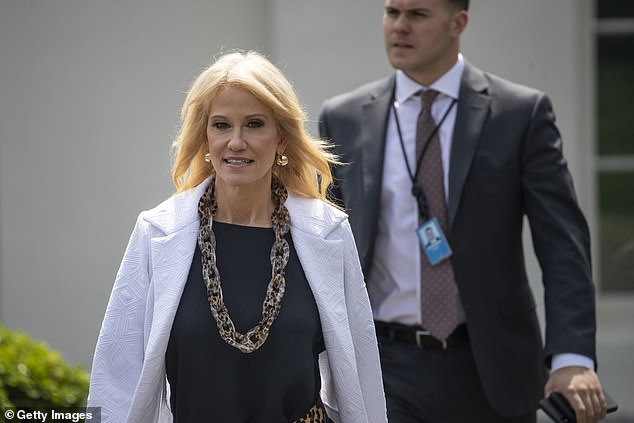 At the White House on Thursday, presidential counselor Kellyanne Conway also tried to deflate Hunt’s claims that Trump said he was ‘f**ed’ and likely to be removed from office

She said that Trump had never ever talked about resigning from office or ending his presidential campaign.

‘I will tell you he has never once on the campaign said,  “I think we should resign, I’m not gonna run anymore, let’s just – I’m done here, I can go back to my happy life, make billions of dollars.” He has never said that during the campaign and he certainly never has said it since he was here.’

She said, ‘I’ve been by his side for three straight years now. He has never expressed that, “my presidency is over.”

‘And I know that that was the promise and the wish of many people many people who for some reason you give a lot of airtime and ink to, who have zero credibility now, who promised collusion, who swore there would be criminal conspiracy, who would whisper in the ears of people like me that my colleagues or members of the trump family, or both, would be headed to jail, would be indicted by the grand jury, would be taken into prison,’ she said.

‘None of that happened. Honestly, it’s time to move on, total exoneration, the president’s in a great mood. And I think what’s incredibly important here is that democracy in the world’s greatest country, the greatest democracy, flourishes.’

Conway said that Trump’s ‘greatest rebuttal’ to the special counsel probe is that he will remain in office.

Mueller did not accuse President Trump, his family or his aides of crimes  – but he did paint an unflattering portrait of a foul-mouthed executive who believed the Russia probe would lead to his demise.

When Mueller was appointed, the special counsel’s report says, Trump ranted: ‘I’m f***ed. This is the end of my presidency.’

The account was included in the report that was released to Congress on CD-Roms and to the public in a PDF document that could not be searched initially. It provides new details on the moment Trump learned of Mueller’s appointment and multiple attempts to fire him.

Mueller wrote that Trump directed aides more than once to have him fired but they refused. The report indicated that Trump wanted the special counsel removed, however he did not want to be seen pulling the lever after what happened with James Comey.

The former FBI director’s firing is what led to the appointment of the special counsel in the first place.

In one episode, the president is said to have directed White House Counsel Don McGahn to give the order.  He told him to cite ‘conflicts of interest’ as the reason for his removal.

‘McGahn did not carry out the instruction for fear of being seen as triggering another Saturday Night Massacre and instead prepared to resign. McGahn ultimately did not quit and the President did not follow up with McGahn on his request to have the Special Counsel removed,’ the report states.

Mueller declined to call any of the actions criminal – but he intentionally left room for Congress to arrive at another conclusion. ‘If we had confidence after a thorough investigation of the facts that the President clearly did not commit obstruction of justice, we would state so,’ he writes.

Even so, the White House claimed on Thursday evening, that the president came out unscathed.

‘I think that the White House is in a great position. And what we’ve been saying for the last 2-1/2 years is finally I think totally been vindicated,’ Sarah Sanders told Fox News. ‘The president is completely exonerated, no collusion, no obstruction.’