Donald Trump thanked a long list of officials and senior aides by name on Wednesday as he began a tax reform speech – but left out chief economic adviser Gary Cohn. 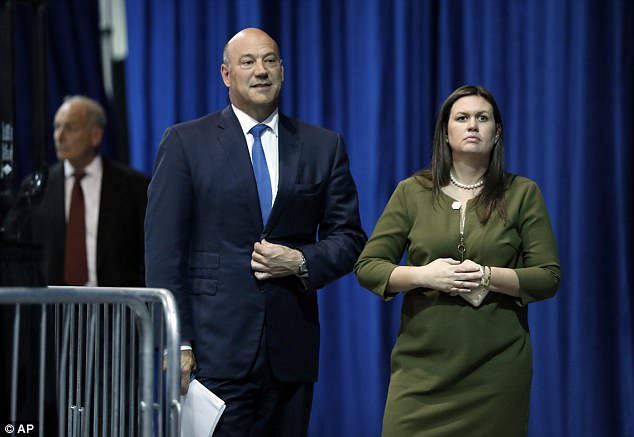 Left out of the gratitude litany was Gary Cohn (left), who worked on the tax package but also criticized Trump loudly last week for his comments after the Charlottesville racial violence

‘Anybody I forgot?’ Trump asked, surveying the room. ‘Good, I got it.’

Mnuchin and Cohn had shared responsibilies in crafting Trump’s tax overhaul plan, but only one of them merited a presidential mention.

Cohn, who is Jewish, told the Financial Times last week that after Trump claimed ‘both sides’ shared responsibility for the violence that broke out between neo-Nazis and counter-protesters, he felt ‘enormous pressure’ to quit.

‘This administration can and must do better in consistently and unequivocally condemning these groups and do everything we can to heal the deep divisions that exist in our communities,’ Cohn said of white supremacists and Ku Klux Klan mobs.

‘As a patriotic American, I am reluctant to leave my post,’ he said, adding that ‘I also feel compelled to voice my distress over the events of the last two weeks. … Citizens standing up for equality and freedom can never be equated with white supremacists, neo-Nazis, and the KKK.’ 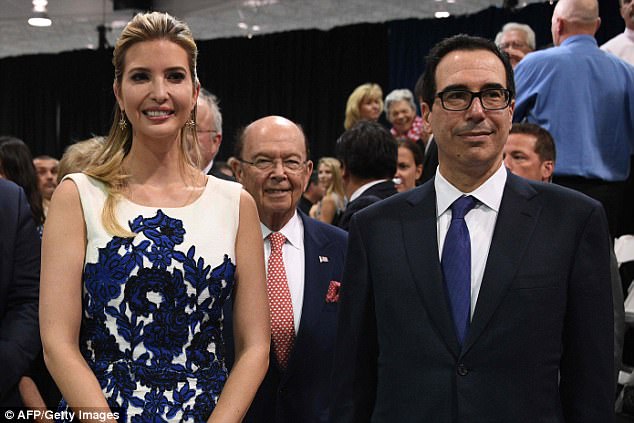 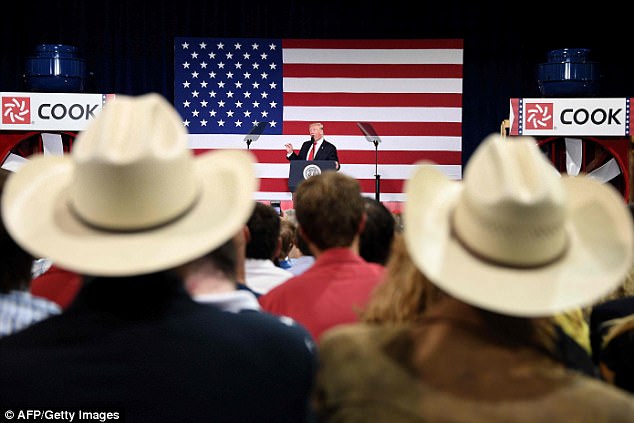 Trump’s tax speech relied heavily on Cohn, who is Jewish and considered quitting this month over Trump’s post-Charlottesville comments

Cohn drafted a resignation letter but ultimately decided not to submit it to the president.

‘Gary has not held back what his feelings are.’

‘This is a little silly,’ Strom said. ‘Staff is typically not called out in prepared remarks, only Cabinet members.’

She didn’t mention that Ivanka Trump and John Kelly were among the names in Trump’s remarks.

‘It’s standard practice not to call out staff,’ she insisted.

Noting Ivanka’s inclusion in the president’s remarks, Sanders said: ‘He was also recognizing her as his daughter.’