Jonathan Tuan-Anh Tran, 27, (pictured outside court over the summer) scaled the White House fence in March

A White House fence jumper who spent 15 minutes on the grounds armed with two cans of mace will not be sent to jail.

Jonathan Tuan-Anh Tran, 27, of Milpitas, California, scaled the fence of the president’s executive residence on March 10 and made it to the doors of the White House before he was intercepted by Secret Service agents.

Tran told arresting officers he was a friend of Donald Trump and had an appointment with the president.

On Monday, Tran was sentenced to two years probation and ordered to stay away from the White House, Mall and Trump hotels and properties worldwide, the Washington Post reports.

On Monday, Tran was sentenced to two years probation and ordered to stay away from the White House, Mall and Trump hotels and properties worldwide.

He’d plead guilty to one, misdemeanor count of knowingly entering and remaining on restricted grounds in July.

Prosecutors had warned the court that Tran – a diagnosed schizophrenic and suffers from suicidal thoughts – was obsessed with Trump and leaped the fence to ‘warn President Trump of fake news.’

They say he was carrying two cans of mace, one of which was in his jacket pocket, a US passport, an Apple laptop, a book written by Trump, and a letter to the president, the report states. 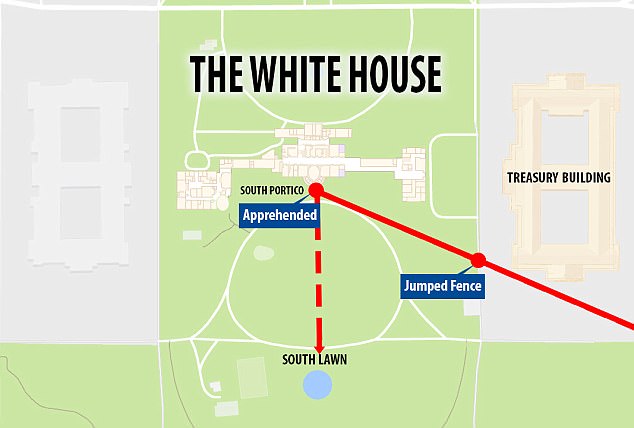 Tran was seen walking from the south grounds of the White House, then jumping a fence and approaching the South Portico entrance during the incident last March 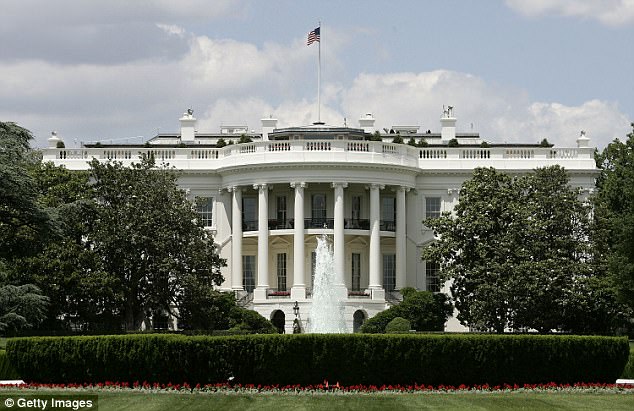 Tran, 27, of Milpitas, California made it to the doors of the White House before he was intercepted by Secret Service agents (file photo)

In the letter, ‘Tran mentioned Russian hackers and said he had information of relevance. Tran alleged that he had been followed, and his ‘phone and email communications (had been) read by third parties,’ and that he had ‘been called schizophrenic,’ ‘ Secret Service officer Wayne Azevedo said in the complaint.

Tran’s 19-year-old brother told CNN the suspect had been fired from his job at an electrical engineering company and was ‘troubled’.

He was living in his car, the sibling added, before calling Tran a ‘very good brother’.

Prosecutors had said the defendant’s ‘obsession with the president and the urgency with which he feels he must discuss his concerns with the president make him a continuing threat and appears to be too strong to be checked by a non-incarceratory sentence.’

Prosecutors also said in a memo to the court that Tran’s fence jumping inspired at least one copycat to breach security.

They added that Tran’s ‘discussion of the incident on social media appears to be, at least in part, an act of reinforcing his self-esteem, as if he values the incident as means of interacting with persons he perceives as followers.’ 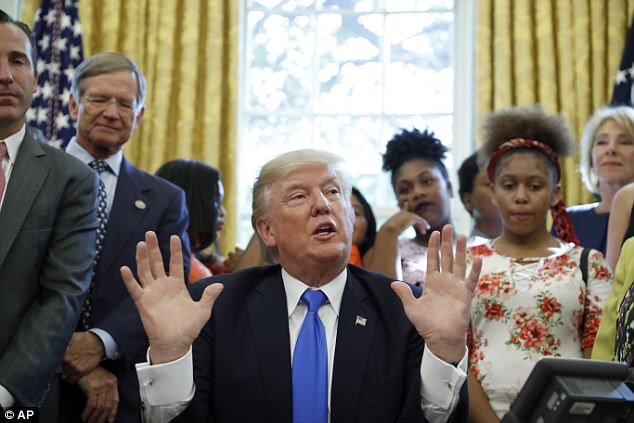 Despite President Trump (pictured before signing a memorandum on Monday, Sept. 25) commending the Secret Service for its ‘fantastic job’, two agents were fired over the breach

However, U.S. District Court judge James E. Boasberg decided to sentence Tran to probation with this warning: ‘If you do it again, you’re going to jail.’

Security footage of the incident had showed Tran jumping a fence near the Treasury Building, which adjoins the White House, according to the arrest report.

Tran at one point can be seen hiding ‘behind a White House pillar before proceeding to the South Portico Entrance,’ according to the document.

The suspect then saw a Secret Service officer in uniform and went towards the South Lawn, the affidavit reads.

That is when the officer stopped him, after which Tran said: ‘I am a friend of the President. I have an appointment,’ the complaint states.

When asked how he managed to get here, Tran replied: ‘I jumped the fence,’ authorities said.

Despite President Trump commending the Secret Service for its ‘fantastic job’, two agents were fired over the breach; an agent based at the guard house near the Treasury Building, and another at the East Executive Avenue entrance.

In 2015, a man named Joseph Caputo was arrested after jumping over a White House fence while the Obamas were celebrating Thanksgiving.