Fake news, Mr President? Donald Trump reads a newspaper as he heads to play golf in sunny Mar-a-Lago after tweeting about the wall

Donald Trump has been pictured reading a newspaper as he headed to play golf Saturday morning in sunny Mar-a-Lago.

The president, 72, looked engrossed in a story as his motorcade was spotted heading to the course.

Trump – dressed in a red USA emblazoned hat and a white shirt – appeared to be concentrating on the big stories of the day just hours after tweeting about the wall on the southern border.

He was spotted wearing his reading glasses as he rode in his black SUV on Saturday morning in West Palm Beach.

Trump, who has repeatedly branded certain news organizations as ‘fake news’ in an attempt to discredit their reporting, looked serious as he pored over the paper.

He had earlier tweeted: ‘Border Patrol and Law Enforcement has apprehended (captured) large numbers of illegal immigrants at the Border. They won’t be coming into the U.S. The Wall is being built and will greatly help us in the future, and now!’ 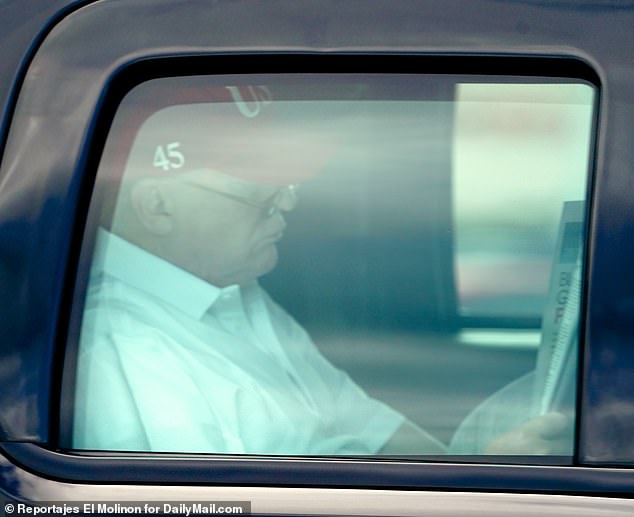 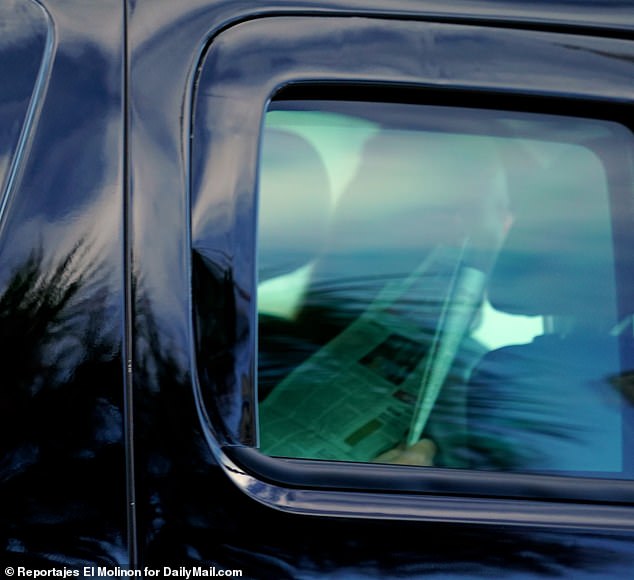 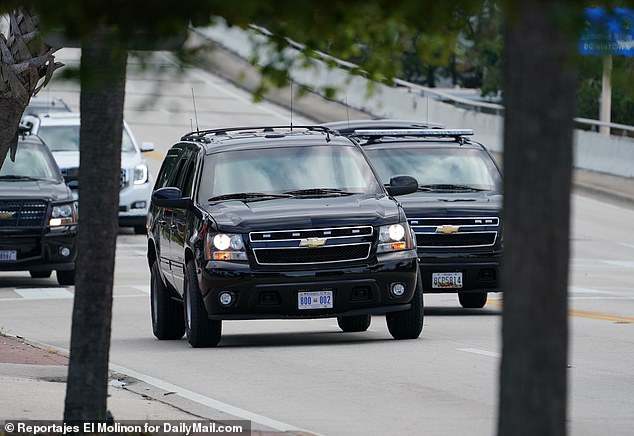 The president tweeted Saturday morning during his weekend away in Florida

Trump was joined Friday by the first lady Melania, 48, and 12-year-old son Barron on a trip to tornado-ravaged Alabama, before heading on a weekend trip to the family resort in Florida.

Donald, Melania, and Barron visited towns touched by recent storms, and were seen boarding Air Force One at Andrews Air Base, before touching town at Fort Benning on the Georgia-Alabama border a few hours later.

There he was mocked online for signing copies of the Bible like they were his own book during a visit to a tornado relief center.

The U.S. president also posed for selfies and signed hats and a $100 dollar bill that a volunteer passed him at the Baptist church.

The family are now spending the weekend soaking up the sun, alongside Don Jr and his girlfriend Kimberly Guilfoyle, who is celebrating her 50th birthday this weekend.

Golf fan Trump – who has reportedly installed a $50,000 room-sized golf simulator in the White House – has been spotted playing regularly at his Bedminster club in New Jersey and Mar-a-Lago property in Florida during his time as president.

He owns more than a dozen golf courses in the U.S. and abroad.

Trump didn’t play during the government shutdown but headed off to golf at Mar-a-Lago with Tiger Woods and Jack Nicklaus on February 2. 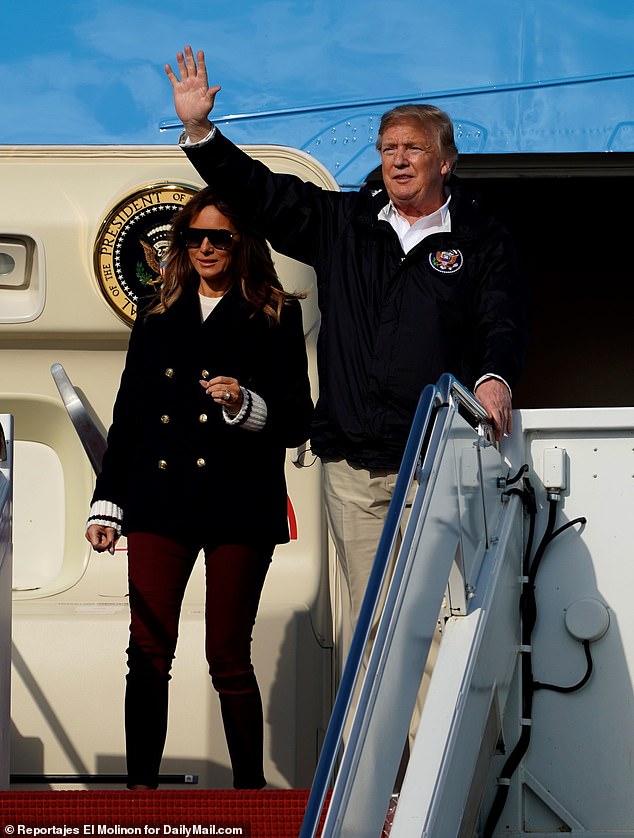 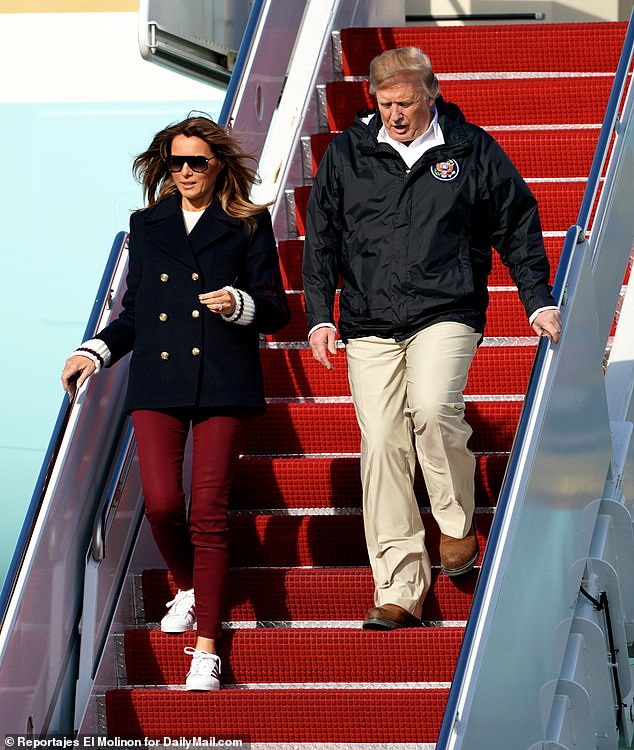 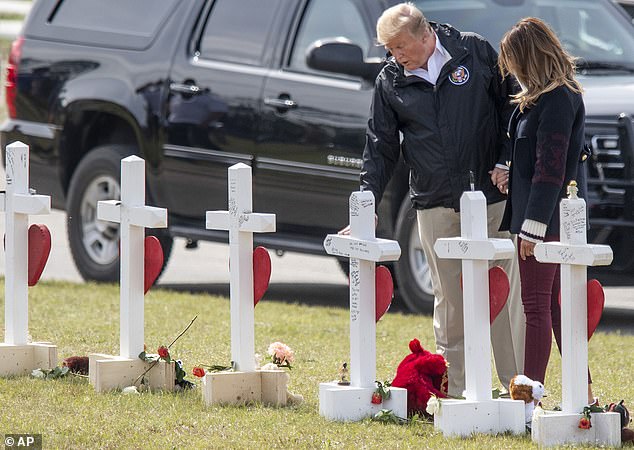 Trump routinely criticized Obama when he was president for spending too much time playing golf.

‘Can you believe that, with all of the problems and difficulties facing the U.S., President Obama spent the day playing golf?’ Trump tweeted in October 2014.

It is thought that some of the president’s other children will also join them in Florida, where Trump will host two evening events, a joint fundraising committee roundtable and a reception for Trump Victory, a Republican National Committee operation working in tandem with his 2020 reelection campaign.

The fundraiser at Mar-a-Lago is Trump’s first major money-raising event of the calendar year. He is running for a second term with the party’s backing.