Irma has plowed into the Florida Keys as the storm begins its march up the state’s west coast.

Trump, Vice President Mike Pence and several Cabinet members have participated in the briefing from Camp David – the presidential retreat where Trump has spent the weekend monitoring the storm. 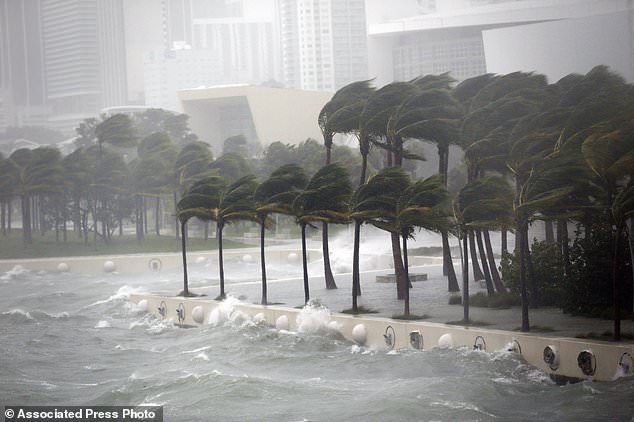 Waves crash over a seawall from Biscayne Bay as Hurricane Irma passes through Miami, Florida on Sunday. President Trump or his chief of staff have been in touch with the governor and the senators from the state 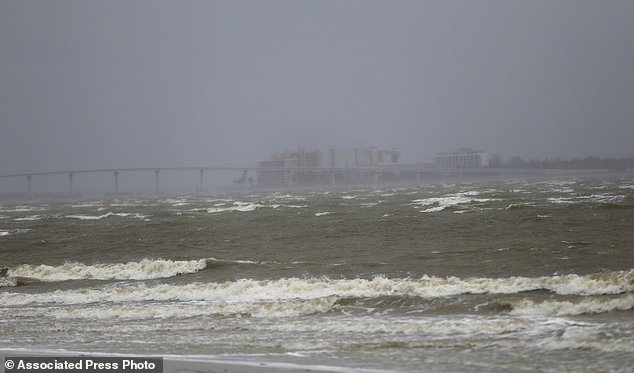 Fort Myers is seen as surf and winds begin to kick up in advance of Hurricane Irma, in Sanibel Island

Other administration officials, including Chief of Staff John Kelly and Homeland Security Advisor Tom Bossert, joined in from the White House or Federal Emergency Management Agency headquarters in Washington.

Trump had spoken with the governors of Alabama, Georgia, South Carolina and Tennessee on Sunday morning.

Press Secretary Sarah Huckabee Sanders also noted that Trump’s chief of staff John Kelly had been in touch with Sen. Bill Nelson, the Democratic senator from the state.

‘It’s been very good,’ he told host John Dickerson. ‘And there is cooperation between the federal level, the state and the locals.’

‘That has been taken care of now,’ Nelson said.