President Trump upbraided a conservative radio host on Tuesday for saying on TV that he should staff up his administration to deal with crises like the aftermath of Hurricane Harvey.

‘I think we can all look at these horrific pictures, and we can conclude a federal government does need staff,’ Laura Ingraham said on ‘Fox & Friends,’ a program that Trump watches religiously.

‘We see it acutely in need of staff in a situation like this.’

Trump pushed back on Twitter minutes later, mentioning Ingraham by name and writing: ‘We are not looking to fill all of those positions. Don’t need many of them – reduce size of government.’

The president fired back on Twitter, saying he doesn’t ‘need many of them’ filled

Ingraham had noted that the Federal Emergency Management Agency had waited until the summer for a director to be confirmed.

‘This is a question that has to be posed to the administration. I know they have a lot on their hands, but we have to have people in place,’ she said.

‘This isn’t the only crisis we’re facing. This is massive, humanitarian. We’re also facing a huge crisis with North Korea,’ Ingraham added.

‘We’re facing a crisis of confidence across the country where people wonder – even with President Trump in, he said he was going to drain the swamp – can we have a government that works for the people and not just have a people enslaved to the government?’

There are 591 key positions in the federal government that require Senate confirmation. The White House has yet to nominate anyone to fill 366 of them. 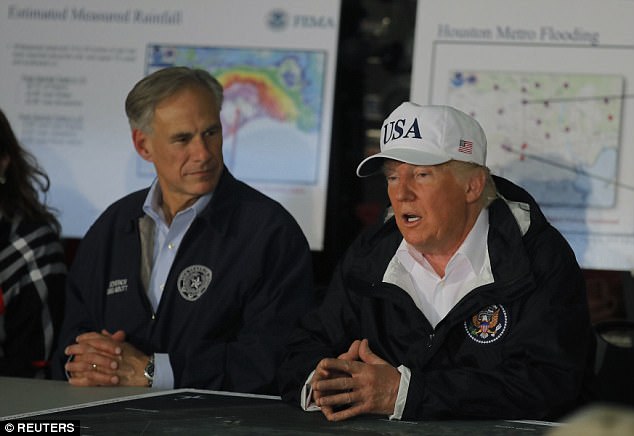 Ingraham allowed for the possibility that Trump has a plan in mind to appoint fewer people to run the government, but said the White House hadn’t made its intentions clear.

‘If there’s a plan to not staff and cause the ultimate shrinkage of government, then let’s hear about that,’ she urged.

And given Trump’s focus on trade policy as an economic driver, Ingraham noted that U.S. Trade Representative Robert Lighthizer is without a deputy while he works on renegotiating the North American Free Trade Agreement.

‘That’s a massive undertaking and, you know, they’re doing it with a much smaller staff, and it’s really – it’s not ideal,’ she said.