Trump says media are ‘loco,’ his tax cuts would have been enough to keep him in the private sector

Reporters, he complained, have unfairly covered the impact of his 2017 tax cut package – benefits so deep, he said, that they would have kept him from leaving the private sector if anyone else had enacted them.

The president said Monday that his departure into Spanish during a victory-lap speech on trade was ‘because of the fact that we just made a deal with Mexico.’

‘They’re loco,’ Trump told guests seated in front of the news media. ‘But that’s okay. I put up with it.’

He leveled the ‘loco’ insult at reporters again a day later, saying their one-uppish scurry to cover him judgmentally was like hyper-competitive medical insurers trying to compete as Obamacare’s lucrative mandates withered on the vine. 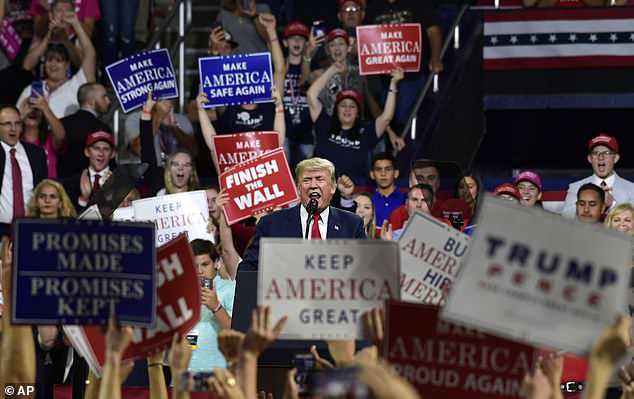 Monday night during a rally in Tennessee, the president said Democrats in general were ‘loco’ and ‘in a blond rage’ since he was elected in 2016

Trump cited ‘tremendous competition’ as a result of allowing small businesses to create loose associations to buy insurance in bulk, ‘including across state lines.’

‘You have to see these insurance companies,’ Trump marveled. ‘They’re going crazy!’

‘Sort of like the fake news media. They’re going crazy! – I used the term last night, “Loco” – in order to get the business,’ he said. ‘Meaning you’re getting good deals, they’re getting great deals.’

The president branded Democrats in general as ‘loco’ during a rally Monday night in Tennessee. 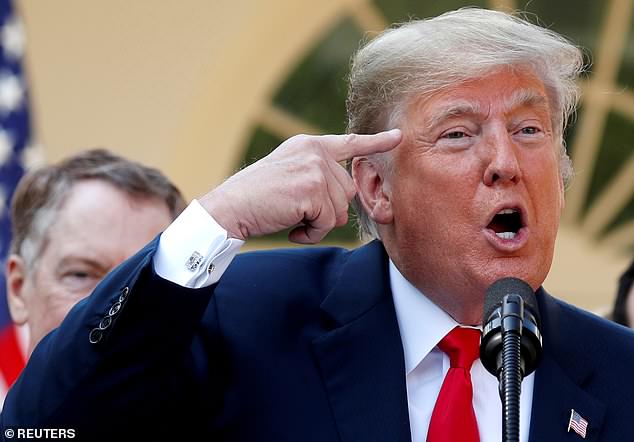 ‘Democrats believe that they’re entitled to power, and they have been blind, in a blind rage, ever since – boy! – they lost the 2016 election,’ he told thousands.

Minutes after going after journalists Tuesday for minimizing the upside of his tax reforms, he said one feature in particular would have been a life-changing development if he were still in the private sector.

Last year’s tax changes allowed companies to deduct the entire cost of equipment and capital improvements in a single tax year, instead of being forced to spread out the deductions over a decade or more.

‘Capital investments are soaring because you can now immediately deduct every penny spent on new equipment. You can do one-year expensing! Nobody thought that was going to ever happen,’ Trump told an approving Philadelphia crowd at a National Electrical Contractors Association convention.

‘In fact,’ he said, ‘I should leave and go back into business, maybe. If you would have told me that when I was a private businessman, maybe I wouldn’t have run for president.’