Trump says Puerto Ricans will soon have to help themselves

Donald Trump hinted Thursday morning that his government’s all-in response to Hurricane Maria in Puerto Rico could have limits, and Americans there will ultimately have to start digging themselves out of trouble.

‘We cannot keep FEMA, the Military & the First Responders, who have been amazing (under the most difficult circumstances) in P.R. forever!’ the president wrote on Twitter.

Puerto Rico’s government reports that only about 16 per cent of the island’s 3.4 million people have seen their electricity restored since the Category 5 storm barreled through the Caribbean.

More than one-third still have not seen running water restored.

‘We cannot keep FEMA, the Military & the First Responders … in P.R. forever!’ the president wrote on Twitter

Trump tweeted that the U.S. territory’s pre-storm financial crisis sprang from ‘a total lack of accountability,’ attributing that sentiment to Gov. Ricardo Rossello.

‘Electric and all infrastructure was disaster before hurricanes,’ he added. ‘Congress to decide how much to spend.’

‘I say to all of you gathered here today to the people of Puerto Rico: We are with you, we stand with you, and we will be with you every single day until Puerto Rico is restored bigger and better than ever before,’ he said then. 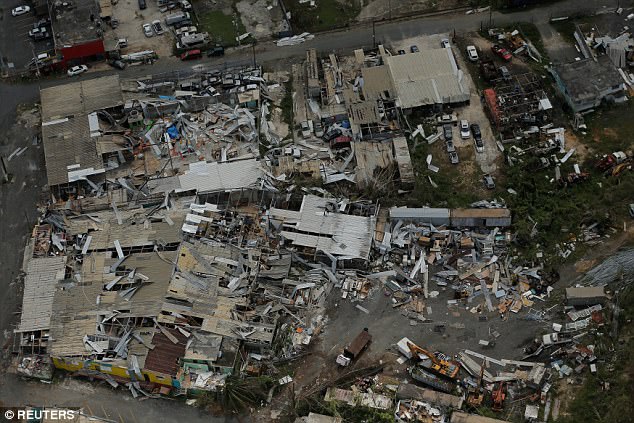 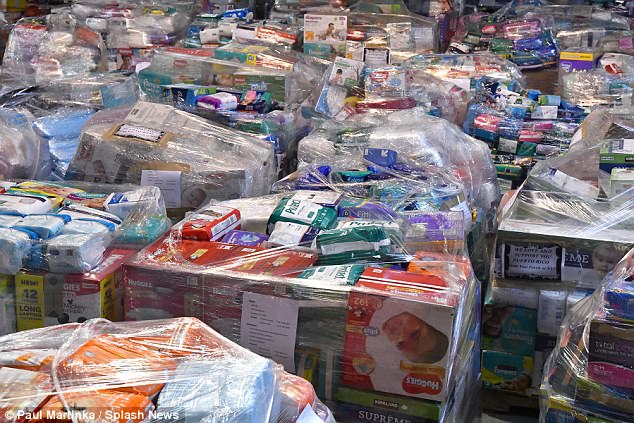 Trump made his own pledge last month, saying as he began a speech to a manufacturers group in Washington: ‘We will not rest … until the people of Puerto Rico are safe.’

‘These are great people. We want them to be safe and sound and secure, and we will be there every day until that happens.’

He touted a ‘massive federal mobilization’ of 10,000 relief workers and other personnel – the same resources he is now hinting will have an expiration date.

But ‘ultimately,’ he cautioned then, ‘the government of Puerto Rico will have to work with us to determine how this massive rebuilding effort … will be funded and organized, and what we will do with the tremendous amount of existing debt already on the island.’ 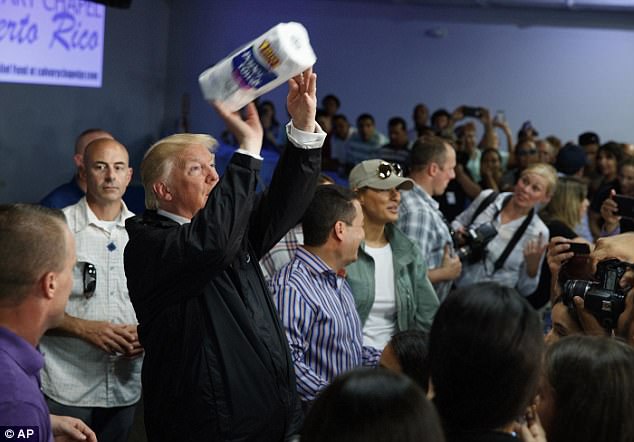 ‘We will not rest … until the people of Puerto Rico are safe,’ Trump said two weeks ago in Puerto Rico (he’s shown flipping rolls of paper towels to people gathered at a church in Guaynabo 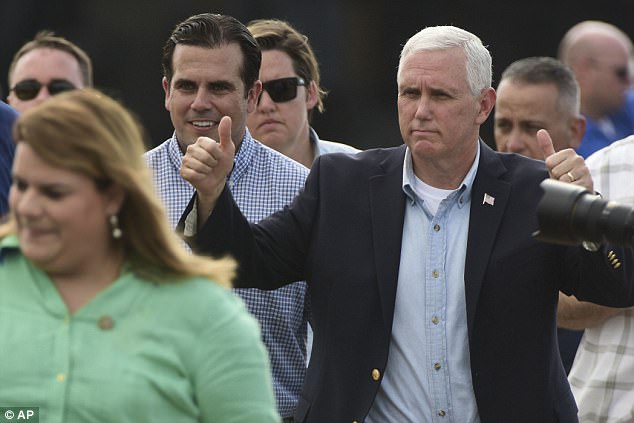 Vice President Mike Pence has pledged to Puerto Ricans that ‘we stand with you, and we will be with you every single day until Puerto Rico is restored bigger and better than ever before’

Trump has defended his White House’s responses to the storm against Democrats’ complaints that the hardest hit were left high and dry.

Puerto Rico had $72 billion in debt before Maria hit, setting up the island with severe resource shortages and financial challenges.

Many of the island’s residents are still coping with food and water shortages, a scarcity of business open and selling basic building materials, and even pharmaceutical shortages in hospitals.