President Donald Trump singled out $4.6 billion in missile defense funding as he signed a bill to keep the government open for a month with just hours to spare before a shutdown deadline.

The continuing resolution keeps the government running at current year levels through Jan. 19, after Congress failed to enact spending bills on time.

It also includes funding to purchase new missile defense systems to defend against ballistic missiles and set up new ground-based interceptors in Alaska.

President Donald J. Trump signs a missile defense bill in the Oval Office at The White House in Washington, DC. $4.6 billion in missile defense funding was included in a budget bill the president signed

As he signed the budget bill, Trump said it ‘very importantly gives us the right and we are ordering $4 billion worth of missile defense equipment and missiles themselves. Very important. Top of the line best in the world,’ the president said. ‘We make the best mil product in the world. Notbody is even close.’

The missiles can be used to counter the growing missile threat posed by North Korea, which has pulled off a series of successful tests of its missile program that some experts now believe is capable of hitting cities on the U.S. mainland, even while detonating nuclear bombs.

‘So we’re ordering R4b worth of missile defense,’ said Trump. He did not mention North Korea and instead described the missiles as a reward for the military’s success. 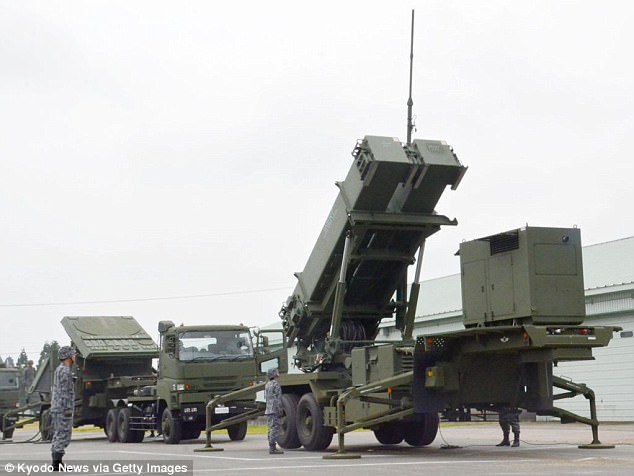 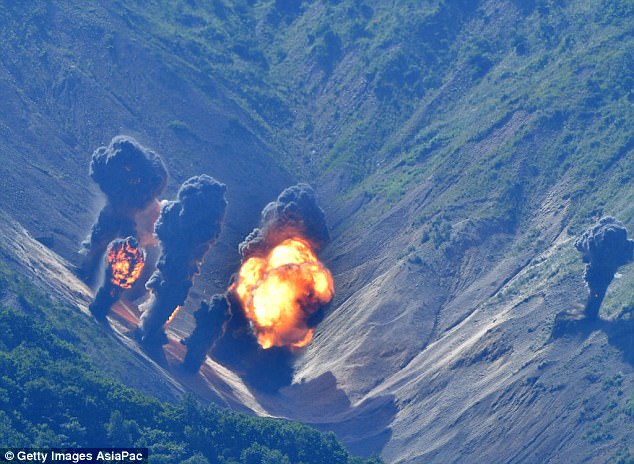 ‘Our military has been doing a fantastic job in so many ways with ISIS and everything they’re touching lately has been working out so we’re signing that,’ Trump said.

The continuing resolution has $2.4 billion to procure missile defense, along with $200 million to build an intercepter field in Alaska.

There is also $1.3 billion for R&D, The Hill reported, and $43 million for maintenance.

The president also wrote congressional leaders to have the spending declared ’emergency,’ meaning the cost gets added onto the deficit. ‘And I’m very honored to be doing that,’ he said.

Congress on Thursday passed the continuing resolution bill to keep the government running for a month. 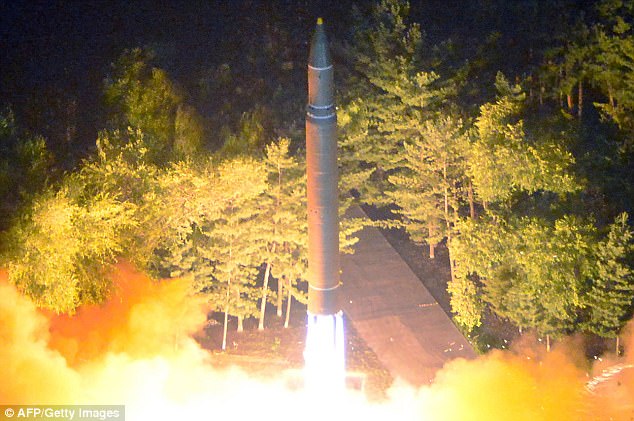 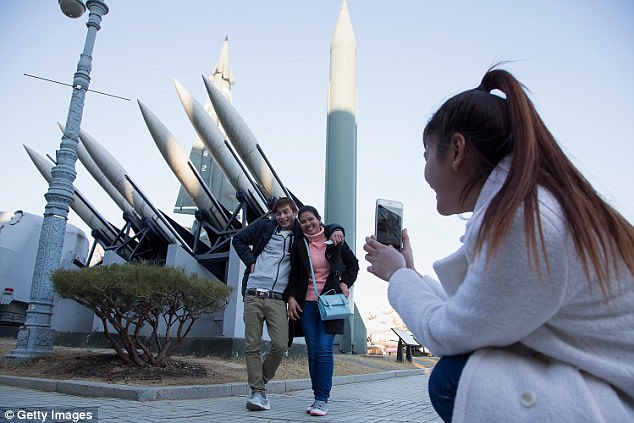 SEOUL, SOUTH KOREA – FEBRUARY 07: People are taking pictures with a display of model missiles including a North Korean Scud-B at the War Memorial of Korea on February 7, 2016 in Seoul, South Korea

The Senate passed the short-term spending bill Thursday evening by a vote of 66 to 32, with Republicans joined by Democrats from more conservative states.

The short-term funding extension passed the House by a vote of 231-188 late afternoon Thursday – just over a day before funding was set to expire Friday night.

Only 14 House Democrats voted for the bill, which then headed to the Senate for likely approval. Just 16 House Republicans voted against their party leadership.

A separate bill to provide disaster aide following hurricanes passed the House by a vote of 251-169.

But the Senate won’t take up that legislation until next year. It provides disaster aide for Texas, Florida, Puerto Rico, the U.S. Virgin Islands, and California following hurricanes and wildfires.