‘He loves being secretary of state’: Trump slams reports Mike Pompeo would leave his Cabinet to run for Senate

President Donald Trump on Sunday slammed reports Secretary of State Mike Pompeo would leave his cabinet in order to run for the Senate.

‘He tells me he wouldn’t want to leave,’ Trump told CBS’ ‘Face the Nation’ in an interview that aired on Sunday.

A Pompeo exit would be a blow to the Trump administration, which has lost several high-profile officials in the past year. 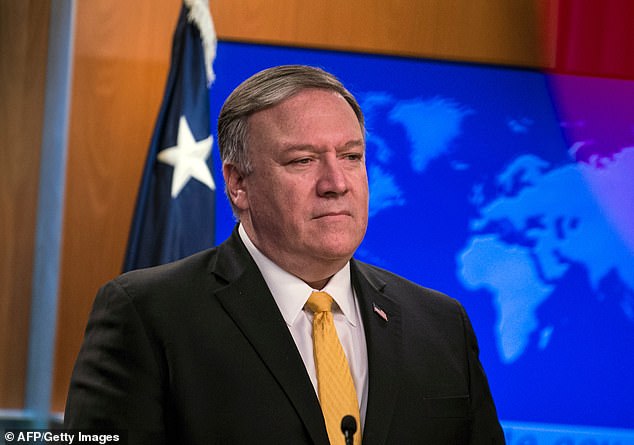 But when longtime Republican Sen. Pat Roberts decided to retire, some Republican senators – including GOP Leader Mitch McConnell – tried to recruit Pompeo to return to his home state and run in 2020.

Trump initially said it was ‘fake news’ McConnell tried to recruit his secretary of state.

‘That was fake news,’ he said.

But when CBS’ Margaret Brennan pointed out Pompeo ‘said McConnell had spoken to him about running for the Senate,’ Trump backed down.

‘Well, he may have spoken to him, but I think he loves being secretary of state. He’s doing a fantastic job. And I asked him the question the other day, he says he’s absolutely not leaving. I don’t think he’d do that. And he doesn’t want to be lame duck. And he’s doing a fantastic job as our secretary of state. Great energy and great – a great, smart gentleman,’ he said.

Pompeo is Trump’s favorite Cabinet member, The Washington Post, reported and the president is said not to want to lose him.

Pompeo represented Kansas in the House for four terms before becoming Trump’s CIA director and then moving over to the State Department.

Last month, Pompeo confirmed to Fox News that McConnell had asked him to consider running for the Senate seat.

‘Lots of folks have reached out to me and suggested I ought to do it,’ Pompeo told the news network. ‘I have suggested to them that I have a very full plate as secretary of state and I intend to keep doing this so long as President Trump will commit to it.’

There are concerns among Republicans Democrats could take the long time GOP seat if 2020 is a wave election for Democrats in the Senate. The GOP picked up four Senate seats held by Democrats in states that Trump won last year.

The president expressed general faith in his cabinet during his interview with CBS despite the high turnover: his original secretaries of state, defense, and interior are gone along with his attorney general. 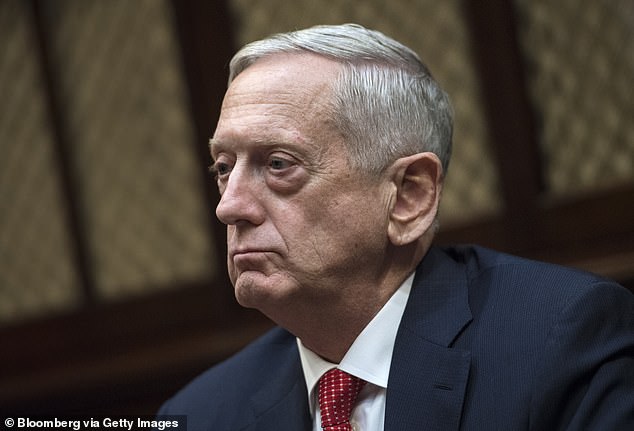 ‘How do you know when to fire someone?,’ CBS’ Margaret Brennan asked him.

‘When it’s not happening,’ Trump said.

The president went on to site former Defense Secretary James Mattis, whom he fired after Mattis took some shots at him in his resignation letter.

‘Like with General Mattis, I wasn’t happy with his service. I told him give me a letter,’ Trump said.

‘He resigned,’ Brennan pointed out.

‘He resigned because I asked him to resign. He resigned because I was very nice to him. But I gave him big budgets and he didn’t do well in Afghanistan. I was not happy with the job he was doing in Afghanistan. And if you look at Syria what’s happened, I went to Iraq recently, if you look at Syria, what’s happened in Syria in the last few weeks, you would see that things are going down that were not going down. That things are happening that are very good. So I was not happy with him, but I wish him well,’ he said.

Mattis turned in his notice when he disagreed with the president’s decision to withdraw U.S. forces from Syria.