Trump tweeted: ‘While not at all presidential I must point out that the Sloppy Michael Moore Show on Broadway was a TOTAL BOMB and was forced to close. Sad!’

Trump criticized the liberal activist on Saturday, several days after Moore’s one-man show, The Terms of My Surrender, concluded its limited Broadway run on October 22.

It featured personal anecdotes by Moore as well as quizzes and calls for the audience to engage in political activism. 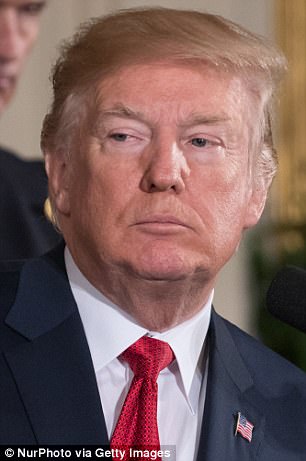 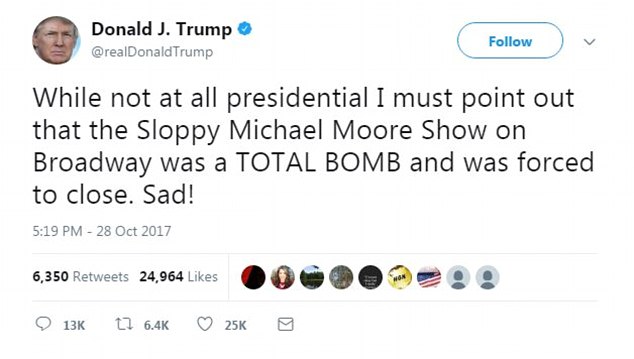 In August, Moore and his guest, Mark Ruffalo, led the show’s audience to Trump Tower in New York to protest the president’s reaction to deadly violence in Charlottesville, Virginia.

Moore’s show ran for 100 performances at the Shuberts’ Belasco. He says that he plans to take the show on the road next summer.

‘My 100 performances on Broadway represent perhaps the most fulfilling experience of my career,’ Moore told Deadline.

‘Having the opportunity to play the Belasco for tens of thousands of New Yorkers (and people from around the country and the world), with a simple and urgent message, has been one of the great honors of my life.

‘And I am deeply moved to be so warmly embraced by the Broadway community.

‘As for The Terms of My Surrender, there is no surrender! We’ll be taking our Broadway show on the road next summer!’ Moore said through his public relations firm. 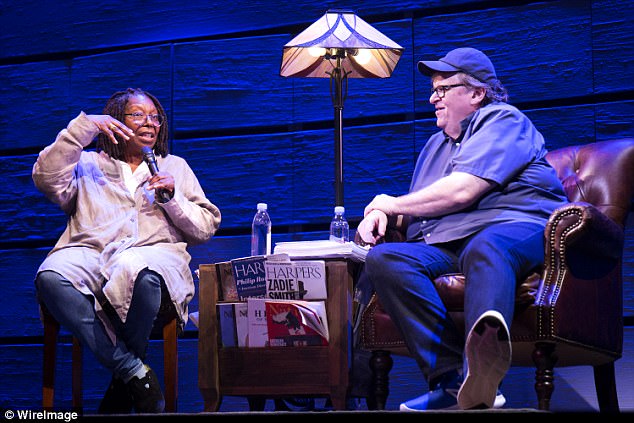 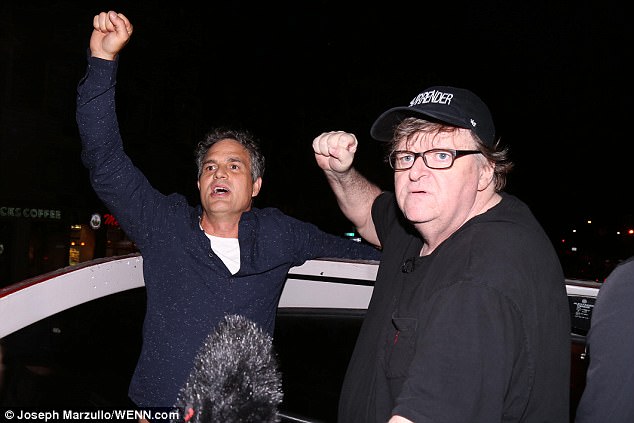 In August, Moore and his guest, Mark Ruffalo, led the show’s audience to Trump Tower in New York to protest the president’s reaction to deadly violence in Charlottesville, Virginia

Trump’s trashing of Moore is not the first time that the president has used his bully pulpit on Twitter to comment on pop culture.

In February, he boasted that he generated higher ratings as host of the NBC reality show The Apprentice compared to his successor, former California Governor Arnold Schwarzenegger.

In March, Schwarzenegger said he would not return as host of The New Celebrity Apprentice, a show which still pays Trump a producer’s fee.

Questions about NBC’s Apprentice franchise, which wrapped up its 15th overall season, have swirled with the revelation this week that nearly half of the shows sponsors have pulled out, decisions that Schwarzenegger says were linked to concerns over Trump’s involvement.