President Donald Trump allegedly told Republican donors that reports of him accidentally calling Apple CEO Tim Cook by the name ‘Tim Apple’ during a White House roundtable were ‘fake news’ – despite the fact that the flub was caught on video.

Donors attending an event at Trump’s Mar-a-Lago resort in Florida on Friday night reportedly described the president’s claim as one of his ‘weirdest lies ever’, according to Axios writer Johnathan Swan.

Trump insisted that he actually said: ‘Tim Cook Apple’, and that the ‘Cook’ part was too soft to hear.

He accused the ‘fake news’ media of spinning the story to make it look like he’d made a silly slip.

Swan spoke to two donors who expressed confusion at the president’s attempt to explain away the time mistake that is very clearly captured on video gone viral.

‘I just thought, why would you lie about that?’ one donors asked, adding: ‘It doesn’t even matter!’

Social media seized on the humorous clip on Wednesday as Tim Cook quietly changed his Twitter name to Tim Apple. 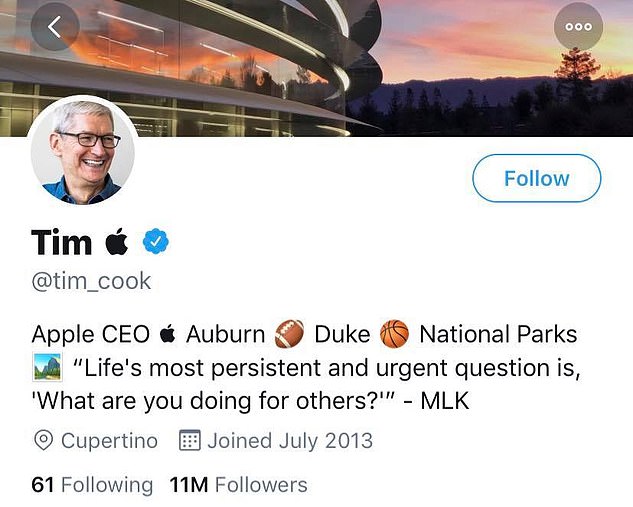 This isn’t Trump’s first time attempting to explain away occurrences caught on camera.

Following his inauguration in 2017, the president claimed that his crowd was much larger than what was seen in aerial photographs of the National Mall.

When the infamous Access Hollywood tape of Trump telling Billy Bush ‘grab ’em by the pussy’ first emerged, the billionaire privately told a senator that it was fake.

He later, however, admitted that it happened. 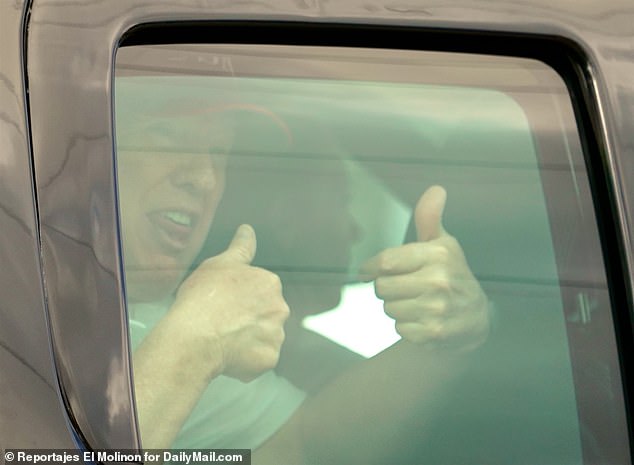 President Trump enjoyed a weekend in sunny Mar-a-Lago with his family. He is seen returning home from a day on the golf course wearing a big grin and flashing two thumbs up on Saturday