President Donald Trump continued his Thanksgiving theme of being thankful for himself, tweeting ‘thank you President T’ as he touts the strong U.S. economy during his final day of his Mar-a-Lago holiday break.

‘So great that oil prices are falling (thank you President T). Add that, which is like a big Tax Cut, to our other good Economic news. Inflation down (are you listening Fed)!,’ he wrote Sunday morning as he headed to his golf course here.

As his motorcade rolled through the streets here for his fifth day in a row playing at his Trump International Golf Course, Trump sent his tweet on gas prices as stations along route showed prices around $2.39 a gallon.

President Donald Trump continued his Thanksgiving theme of being thankful for himself, tweeting ‘thank you President T’

Trump sent his tweets on gas prices as stations along the route of his motorcade in West Palm Beach showed prices around $2.39 a gallon 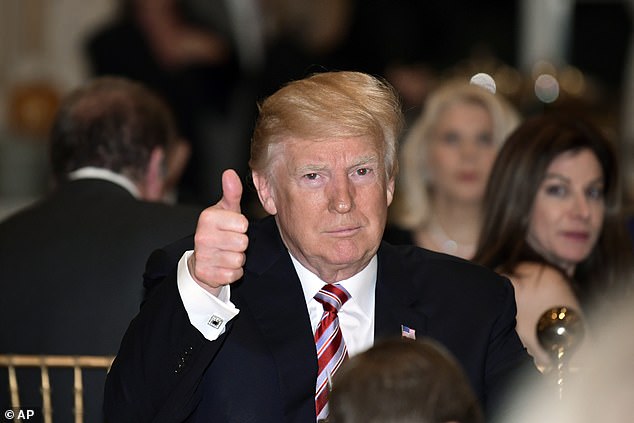 His tweet also seemed to contain a warning to the Federal Reserve, which is said to be considering raising interest rates at its December meeting.

‘Inflation down (are you listening Fed)!,’ he wrote amid reports he’s concerned a rise in interest rates could hurt the U.S. economy and thus hurt his 2020 election bid.

Trump has repeatedly touted the strong U.S. economy as a major accomplishment of his presidency.

The American economy has seen its gross domestic product rise in the second and third quarters with unemployment numbers down.

The president is on the final day of six-day break at his Florida estate. He returns to the White House Sunday evening.

He’s been expressing gratitude for himself this holiday season.

Asked on Thanksgiving Day to reflect on what he’s ‘most thankful for,’ the president responded: ‘For having a great family and for having made a tremendous difference in this country.’

Trump spent his Thanksgiving holiday speaking on the phone with U.S. soldiers, visiting a local Coast Guard station and then heading to his Trump International Golf course. 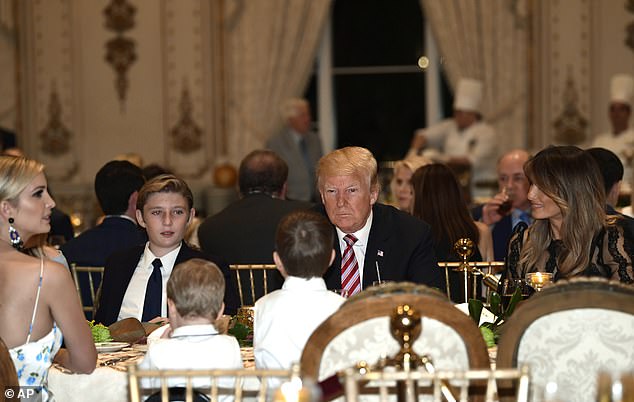 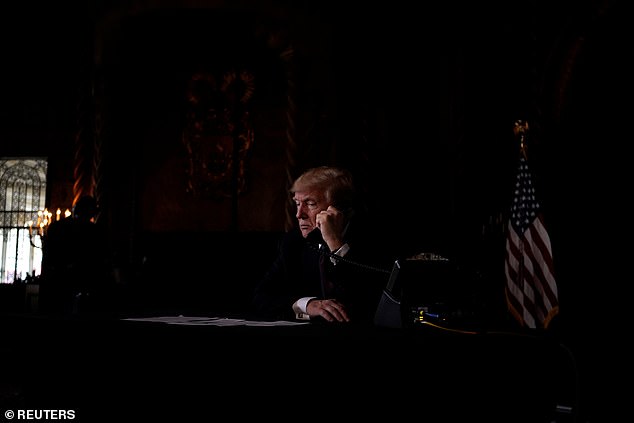 On Thanksgiving Day, the president also called U.S. troops to thank them 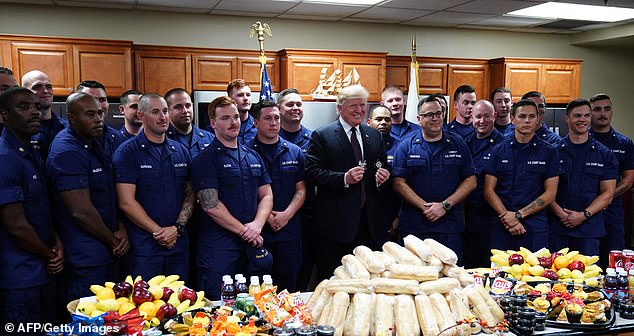 And he delivered submarine sandwiches to a U.S. Coast Guard station

He had dinner with his family at in the ballroom at Mar-a-Lago that evening. The president sat in between Barron, in a suit, and Melania, who wore a floor length black dress with long black lace sleeves at a table in the center of the room.

Other members of the Trump family were also seated at the same table – Tiffany, in a mint green dress; Ivanka, in a strapless floral white dress, with her children; and Eric Trump and his wife Lara.

‘Melania and I want to express our gratitude for the sacrifices you make to defend your nation while you are away from your family and loved ones,’ he told troops at the start of the call.

‘I hope you will take solace in knowing that all of the American families that you hold close to your heart we’re all doing well,’ he added.

After Trump spoke to the troops and the press, delivered a tray of giant sandwiches to a Coast Guard troops and warned them to watch out as they could gain ‘five pounds’ from one.