President Trump and his administration are expected to release details on a new plan Monday that will overturn a military equipment ban for law enforcement officials, according to a report.

Under the plan, an Obama-era executive order would be overturned, that previously ‘blocked armored vehicles, large-caliber weapons, ammunition and other heavy equipment from being re-purposed from foreign battlefields to America’s streets’ documents obtained by USA Today said, which detailed the proposal.

The plan would bring back ‘lifesaving gear from the Department of Defense’ as well as restore the ‘full scope of grants used to purchase this type of equipment from other sources,’ the summary read. 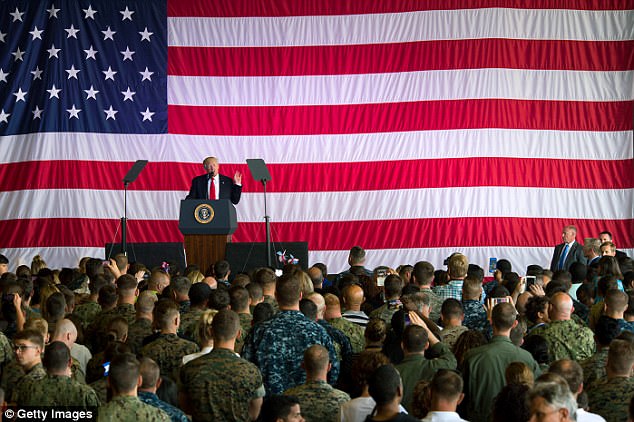 Under the new plan, an Obama-era executive order would be overturned 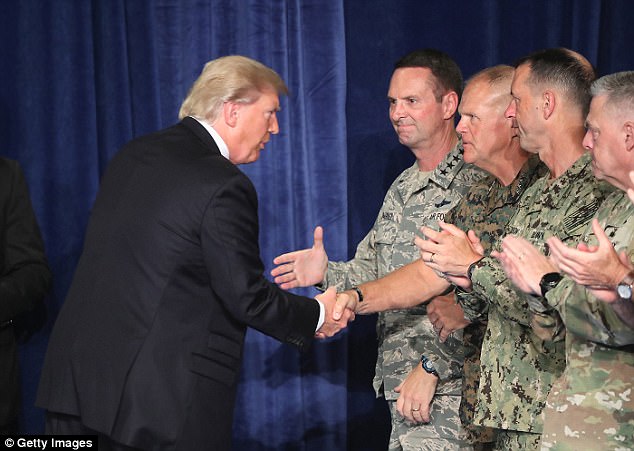 ‘Assets that would otherwise be scrapped can be re-purposed to help state, local and tribal law enforcement better protect public safety and reduce crime.’

‘This morning, I received a thorough update on the (Ferguson shooting) from Attorney General Eric Holder, who has been following it and been in communication with his team. 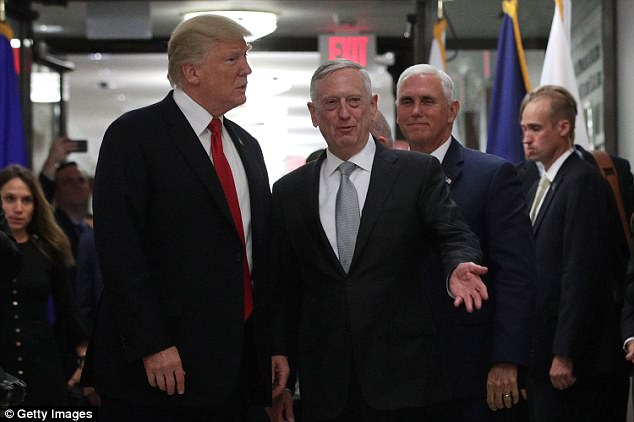 The plan would bring back ‘lifesaving gear from the Department of Defense,’ the report read 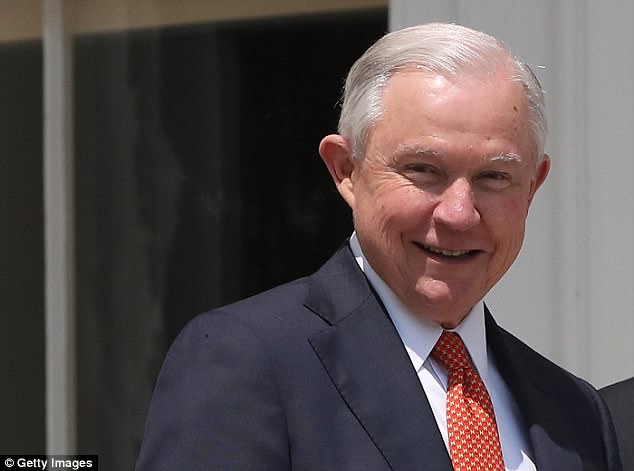 During Monday’s session, Attorney General Jeff Sessions will discuss the plan during the annual meeting of Fraternal Order of Police 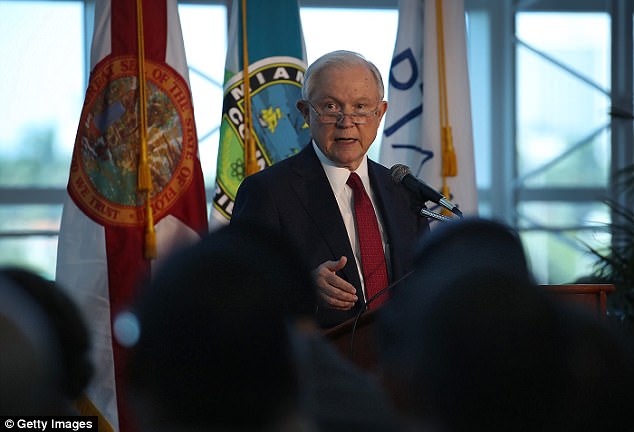 ‘I’ve already tasked the Department of Justice and the FBI to independently investigate the death of Michael Brown, along with local officials on the ground,’ he wrote in the statement.

‘The Department of Justice is also consulting with local authorities about ways that they can maintain public safety without restricting the right of peaceful protest and while avoiding unnecessary escalation.

‘I made clear to the Attorney General that we should do what is necessary to help determine exactly what happened, and to see that justice is done.’

During Monday’s session, set to take place in Nashville, Tennessee, Attorney General Jeff Sessions will discuss the plan at the annual meeting of the Fraternal Order of Police.