President Donald Trump is pledging to expand opportunity for Americans of every race, religion and creed as he commemorates Black History Month.

Speaking to hundreds Thursday at a White House reception, Trump boasted about the economy and said the unemployment rate for African-Americans is at its ‘lowest ever.’

Black unemployment did reach a low, 5.9 percent, in May 2018. But that figure changes monthly and had increased to 6.8 percent by January. 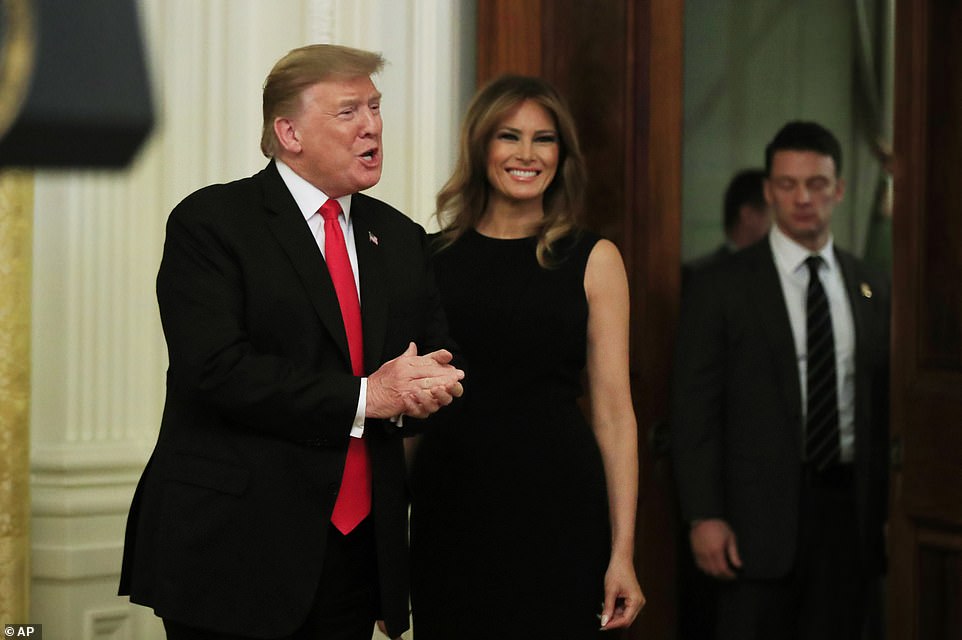 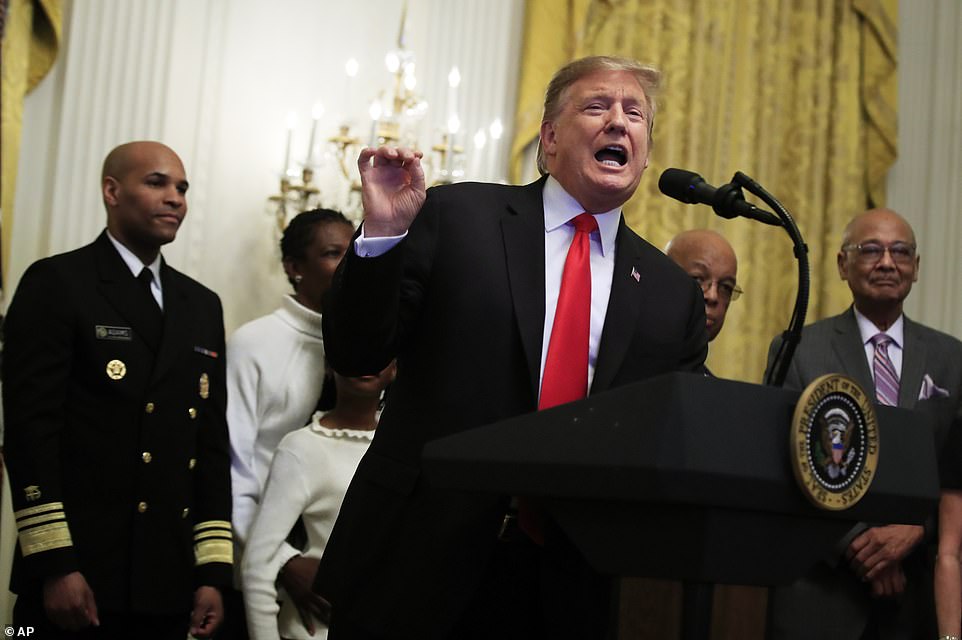 He said the nation’s sentencing laws disproportionately ‘harm African-American communities far, far greater than anybody else.’

Catherine Toney, one of the first inmates released through the bill’s passage, thanked Trump and his son-in-law Jared Kushner for their efforts as the crowd applauded in approval.

‘He does so much, thank you Jared…that was an amazing tribute to you,’ Trump added.

‘I just want to thank God and also President Trump for turning the tables over in the temples and attacking the status quo that is hostile to the interest of poor people,’ Woodson said. 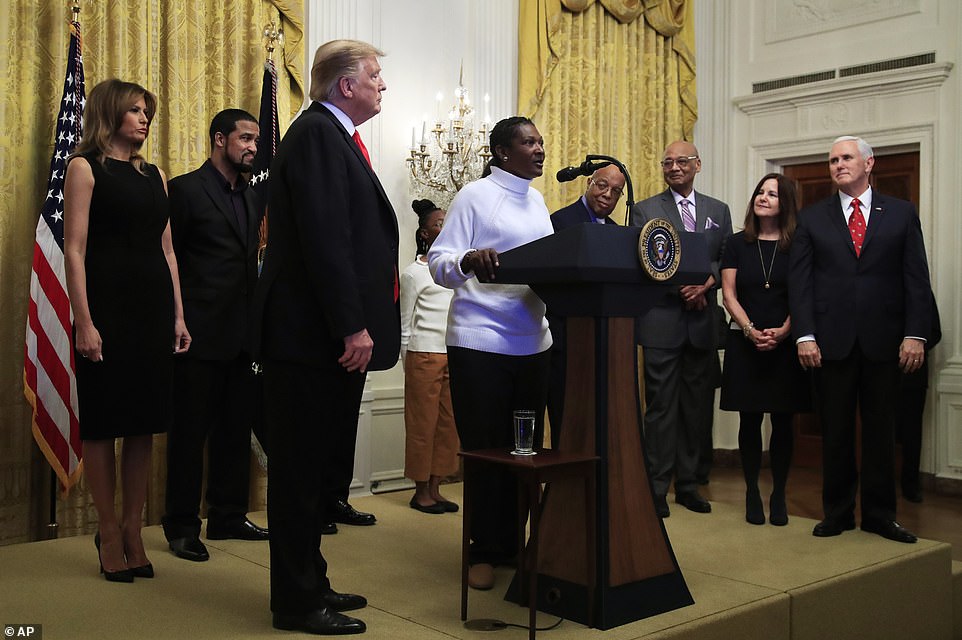 Catherine Toney, one of the first inmates released through the criminal justice reform bill’s passage, thanks Trump 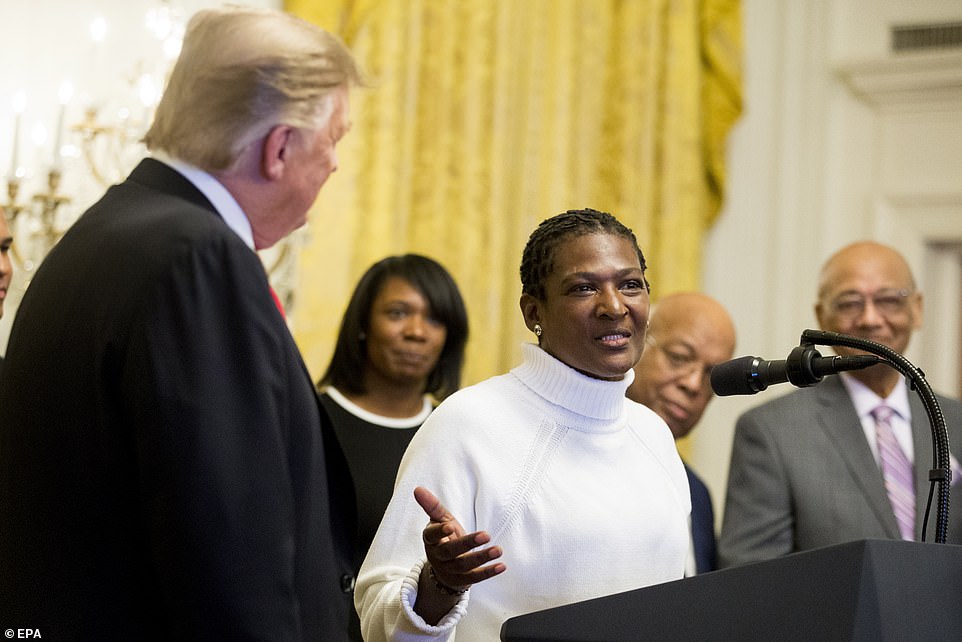 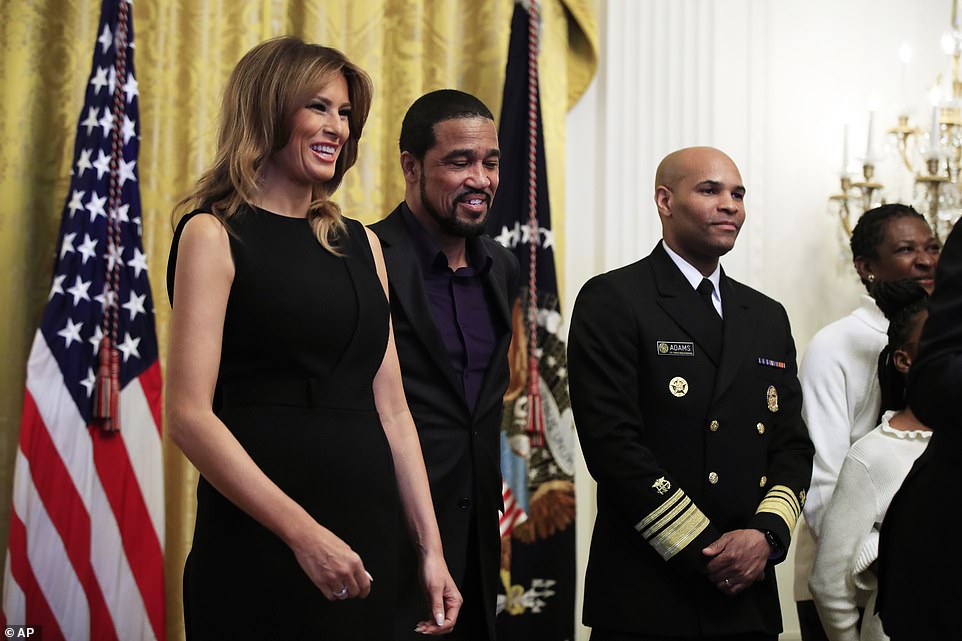 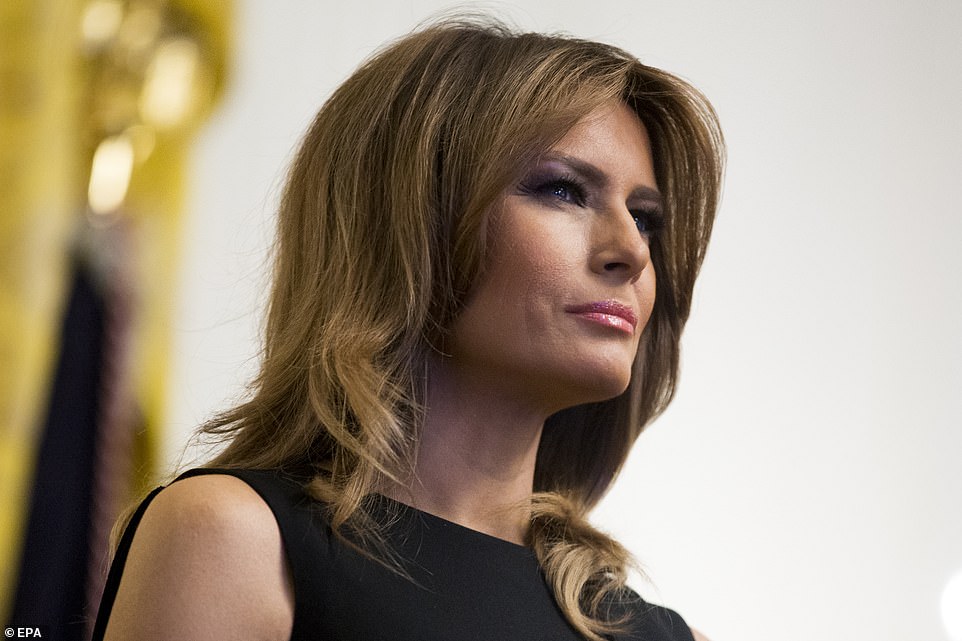 Melania Trump attends a reception for National African American History Month, in the East Room of the White House

Clarence Henderson, who was among the students at the Woolworth’s lunch-counter sit-in in Greensboro, North Carolina in 1960, also spoke at the event.

Henderson compared Trump to the Old Testament figure of Nehemiah, who built walls around Jerusalem to to protect the Jews.

‘Nehemiah was told by God to build a wall. And that’s what you’re doing,’ Henderson said. 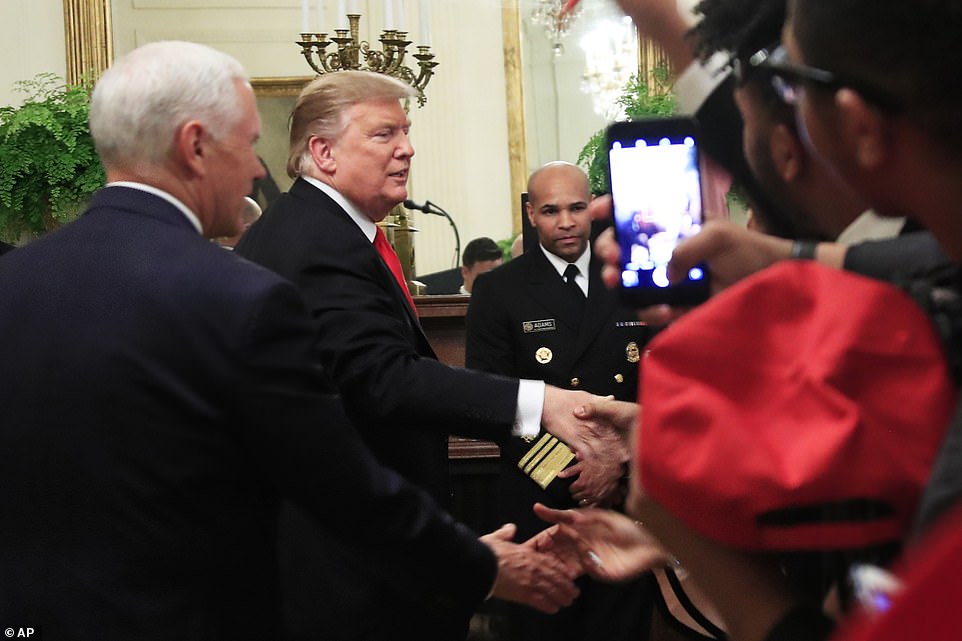 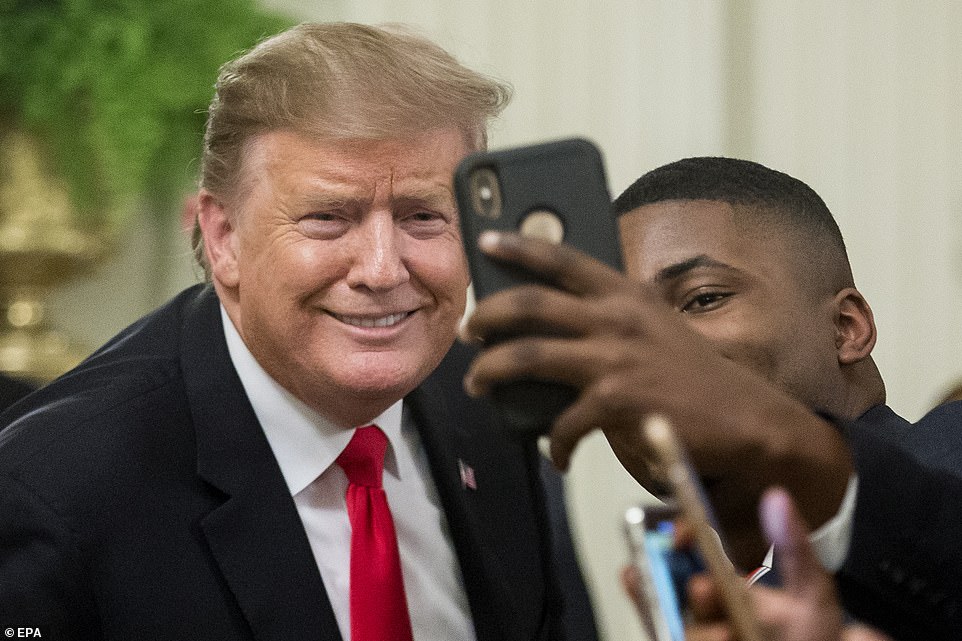 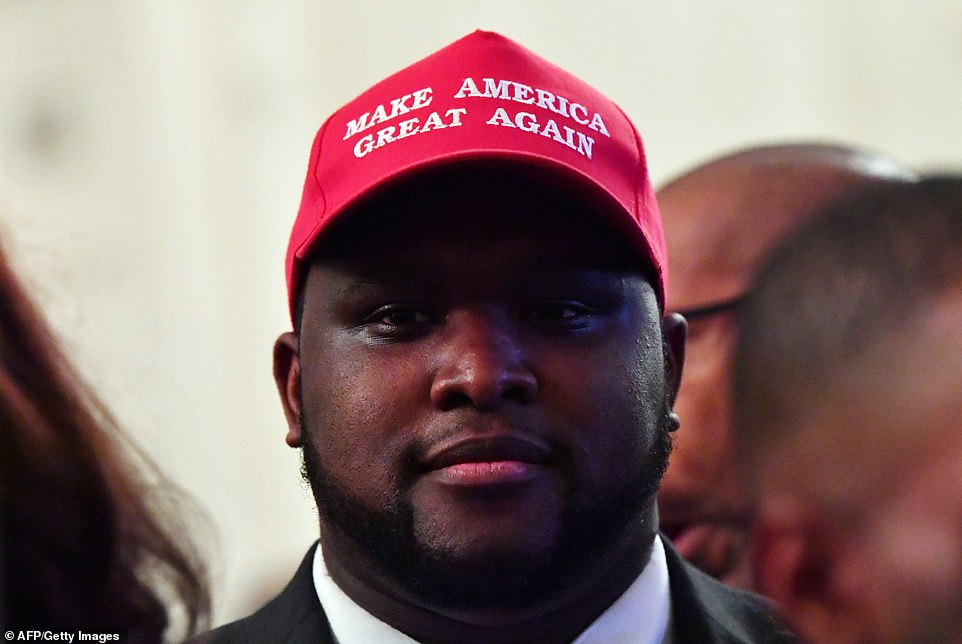 Several of the attendees at the reception wore Make America Great Again hats, including this man 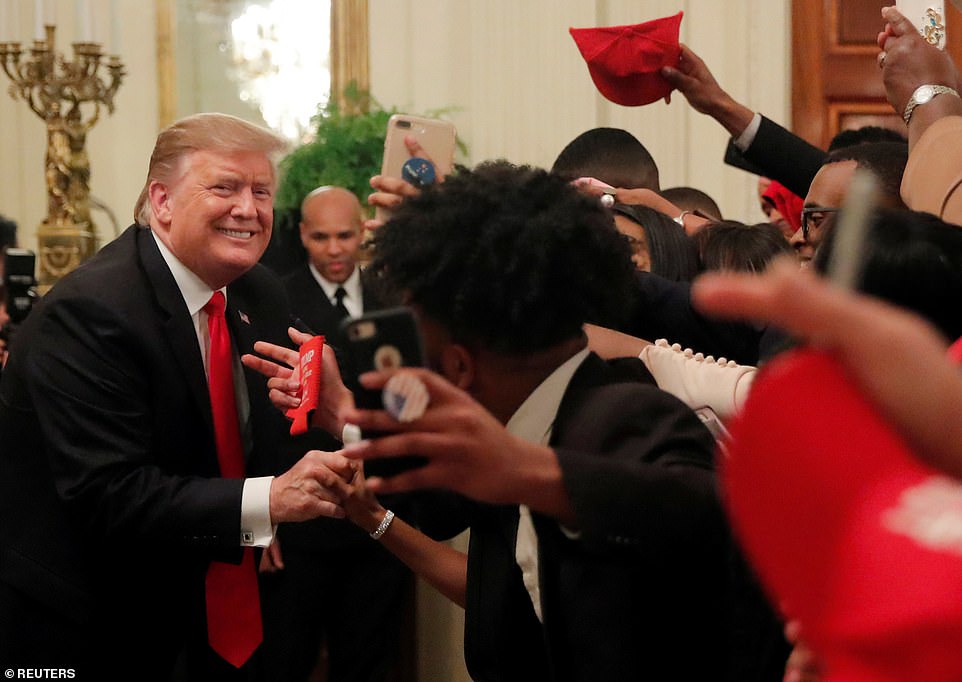 In his remarks, Trump also asked how Democrats could beat him in 2020 given the strength of the economy.

‘How do they beat us on the debate stand when we say we have the best unemployment numbers ever?’ he said.