President Donald Trump has provoked outrage from liberals by tweeting a parody video suggesting that he could be president ‘4EVA’.

Trump tweeted the video, made by one of his supporters, on Friday afternoon, days after officially launching his campaign to seek re-election in 2020.

The video shows Trump campaign signs going up from 2024, 2032 and so on, before racing up into thousands of years before reading ‘Trump 4EVA’ as Trump stands somberly in the background. 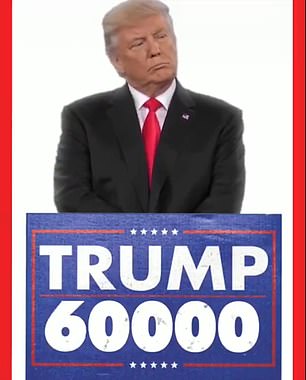 Trump is Constitutionally limited to two terms in office, and the suggestion that he could be immortal and rule eternally drew furious reactions.

‘FUNNY? The President of the United States just tweeted a video that envisions him remaining in the office for eternity in defiance of both human mortality & the 22nd amendment to the United States Constitution,’ tweeted New York Times reporter Kenneth Vogel.

Time Magazine issued a statement saying that the video was ‘a manipulated version of the Oct. 22, 2018, cover of TIME.’ 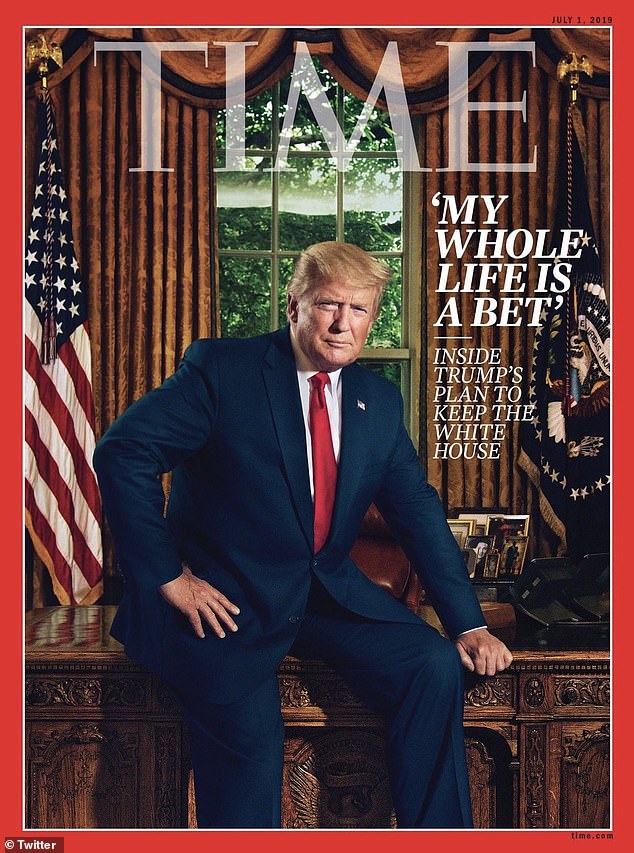 Trump also tweeted this latest cover of Time Magazine, which is real 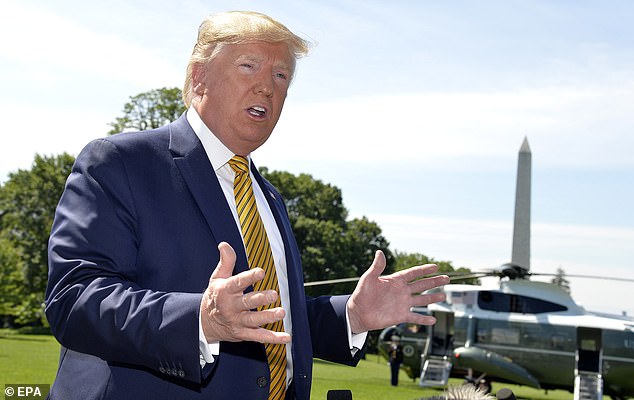 That issues touted a cover story about Trump’s potential influence on the Republican party after he leaves office.

On Saturday, Trump followed up by tweeting the real cover of this week’s Time Magazine, which features him in a cover story about his re-election campaign.

The magazine said that it is the 29th time Trump has been featured on the cover.

The record for most cover appearances is held by former president Richard Nixon, who appeared on the cover of Time 55 times, the magazine said.