Donald Trump fired a birthday wish over his Twitter account on Friday – and hit the wrong man.

‘God Bless the U.S.A.’ singer Lee Greenwood turned 75, and the president was all set to offer a 140-character homage.

‘Happy birthday to the great @leegreenwood83. You and your beautiful song have made such a difference. MAKE AMERICA GREAT AGAIN!’ Trump tweeted.

The only problem? ‘@leegreenwood83’ belongs to a similarly named New York ‘lawyer focused on Washington DC sports,’ according to the account’s Twitter bio. 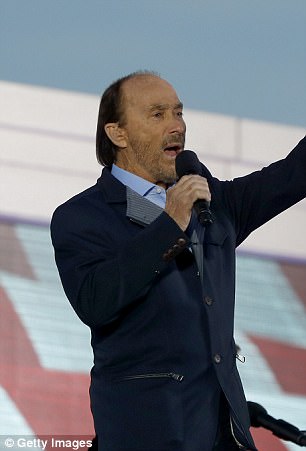 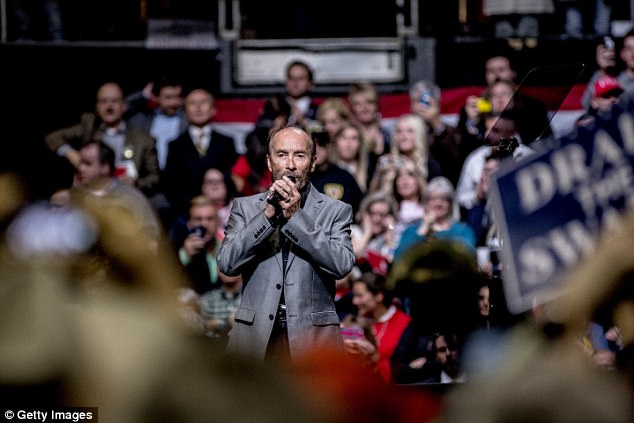 Trump eventually deleted his tweet and replaced it with one that pointed to the right Greenwood.

CNN anchor Jake Tapper‏ was among the first to point out Trump’s mistake.

By then the other Greenwood was aware he had been roped into a moment in presidential history.

‘I get this a fair amount, but certainly not at this level,’ he wrote.

Greenwood, the country singer, is a Republican whom former president George W. Bush put on the National Council of the Arts in 2008. He served there until his term expired in 2014.

Trump often took the stage at campaign events as ‘God Bless the U.S.A.’ blared through loudspeakers, with his fans singing along as they applauded his entry.

Greenwood also performed his iconic patriotic tune during a pre-inaugural concert on the eve of Trump’s oath-taking in Washington. 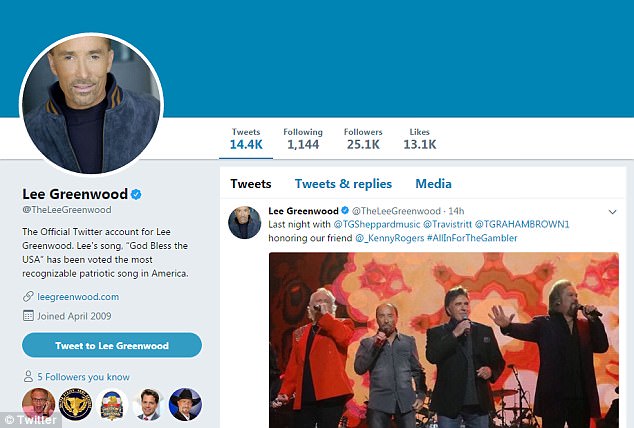 THE REAL ONE: This is the twitter page for @TheLeeGreenwood – the account Trump was trying to communicate with 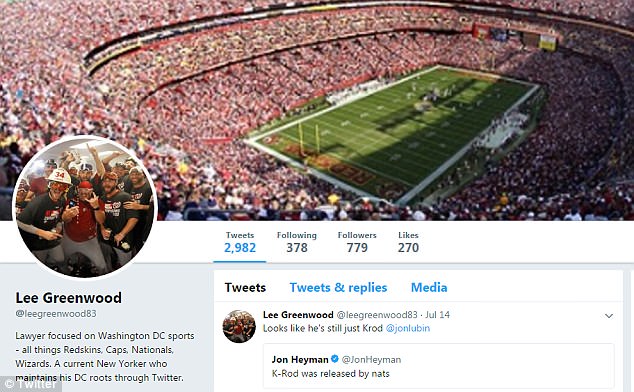 MISSED: Instead the president tagged @leegreenwood83, apparently not knowing that the singer isn’t moonlighting as a sports-obsessed New York lawyer

Other performers, including singer Jennifer Holliday, backed out of the gig after hearing negative reactions on social media.

Greenwood predicted at the time the she would ultimately have second thoughts about skipping out on history.

‘She is going to regret not going in the future,’ Greenwood said then. ‘You don’t get this invitation very often.’

He added, ‘To say no – I can’t imagine the embarrassment she might have later on.’