‘The electric power grid in Puerto Rico is totally shot,’ Trump wrote. ‘Large numbers of generators are now on Island. Food and water on site,’ he wrote.

His missive came as the scope of damage on the island of 3.5 million continued to come into focus – and growing complaints about the need to get supplies to people who need them.

Thousands of containers piling on on San Juan docks for distribution. The number of containers there will reach 7,000 on Friday, Bloomberg News reported.

Residents are having trouble getting gasoline, medicine, ice, and other necessities.

Most of the island remains with out power. The latest estimates are that 97 per cent of the island is still in the dark, with a process of restoration that will take months.

Democrats in Congress turned up their criticism on Thursday.

Trump said food and water were ‘on site’ 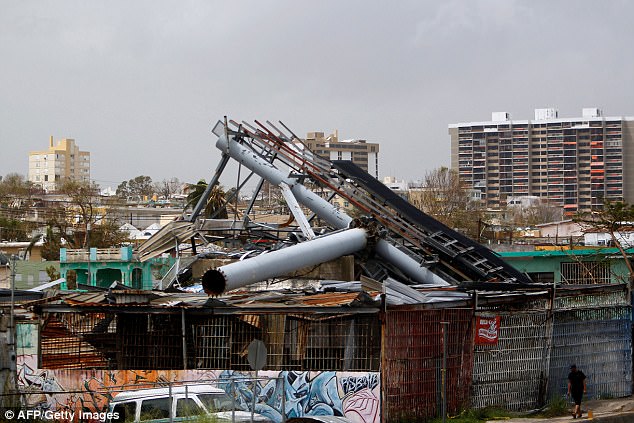 A toppled electronic billboard lies atop a house one week after the passage of Hurricane Maria in San Juan, Puerto Rico, on September 27, 2017 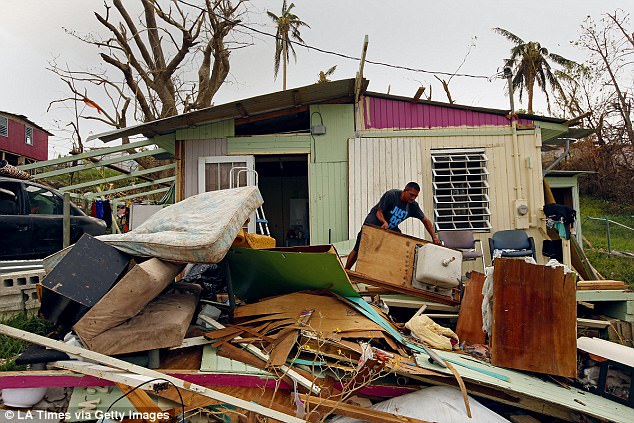 Jose Gonzalez has taken everything out of his home in Estancia Del Sol, outside of Rio Grande, after the hurricane destroyed it. Many people in the area have not received any aid one week after the hurricane Maria. The roof of their home is gone and they have very little to eat 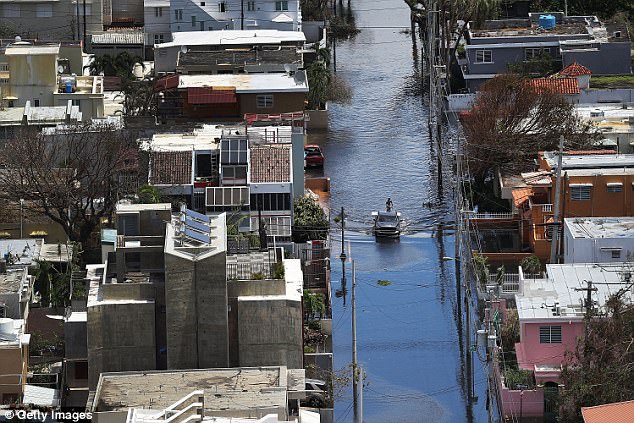 A flooded street is seen as people deal with the aftermath of Hurricane Maria on September 25, 2017 in San Juan Puerto Rico. Maria left widespread damage across Puerto Rico, with virtually the whole island without power or cell service 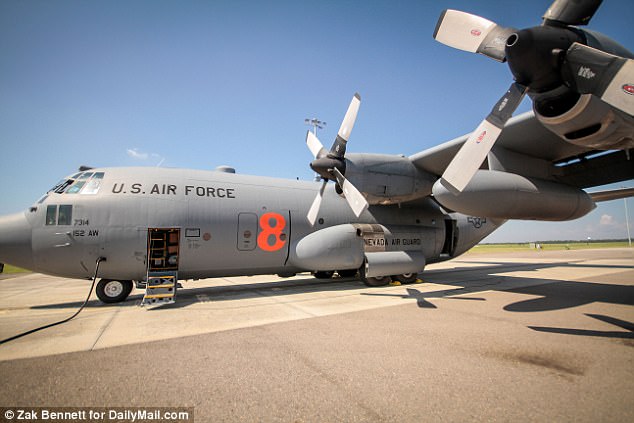 Outside a US Airforce aircraft, which is flying relief suppolies and communications workers to Puerto Rico following the passing of Hurricane Maria, in Tampa, Fla. 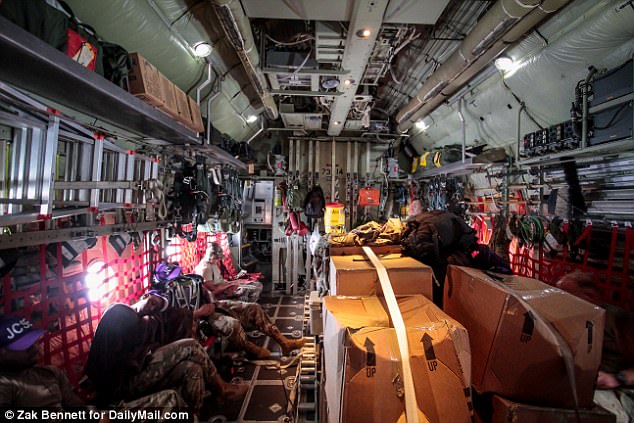 Inside a US Airforce aircraft, which is flying relief suppolies and communications workers to Puerto Rico following the passing of Hurricane Maria.

‘It challenges our conscience and we must meet that challenge,’ said House Democratic leader Nancy Pelosi at a press conference.

The State Department is requiring evacuees from storm-ravaged Puerto Rico to promise to pay back the cost of a full-fare one-way ticket. 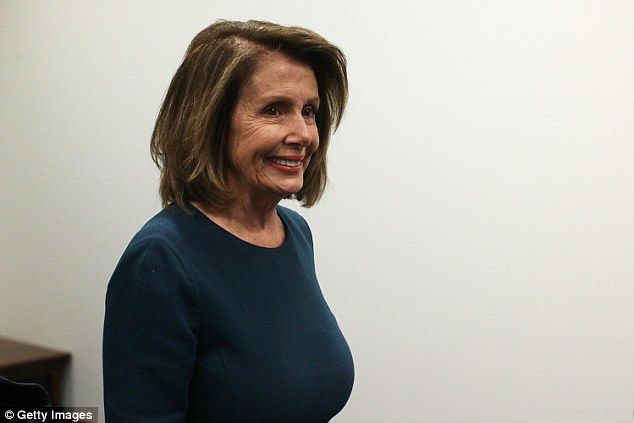 According to agency’s bureau of consular affairs, ‘Anyone evacuated on U.S.-government coordinated transport, including charter and military flights, must sign an Evacuee Manifest and Promissory Note (Form DS-5528) note prior to departure.’ The evacuees are required to pay the cost back to the government.

To ensure repayment, officials organizing the evacuations place a limitation on the person’s passport. To get a new one, evacuees must arrange to pay it back, MarketWatch reported.

The reimbursement requirement comes as the federal response has come under criticism for failing to get enough supplies delivered to suffering Puerto Ricans fast enough.