Donald Trump began Thursday with an error-strewn tweetstorm – announcing a planned press conference while blasting the media as unimportant, and misstating the month and year when his presidential campaign began.

Moments later he botched the results of Massachusetts Sen. Elizabeth Warren’s now-infamous DNA test, which have been conservative joke fodder for nearly a year.

And in an attempt to continue branding Democratic candidate Pete Buttigieg as ‘Alfred E. Neuman,’ the goofy-looking MAD Magazine mascot, the president linked to an anti-Trump Twitter account with a similar name.

The gaffes came as he promoted a social media summit focused on ‘tremendous dishonesty, bias, discrimination and suppression practiced by certain companies.’

‘We will not let them get away with it much longer. The Fake News Media will also be there, but for a limited period. The Fake News is not as important, or as powerful, as Social Media,’ he wrote.

Minutes before saying news outlets are of little consequence, Trump had boasted about going ‘to the beautiful Rose Garden for a News Conference on the Census and Citizenship’ after the summit. 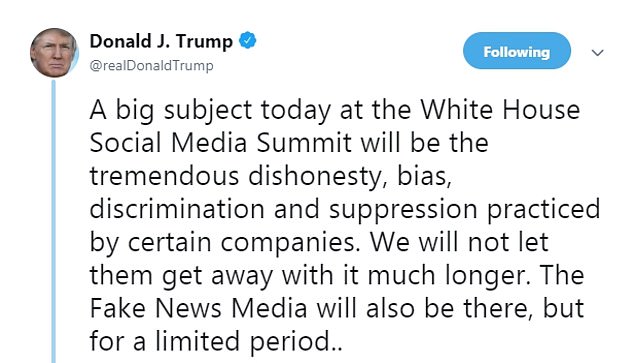 Trump confused November 2016, the month of his election, with his June 2015 campaign launch event; he linked to the wrong ‘Alfred E. Neuman’ Twitter account, in this case run by a Trump critic; and he misstated the results of Elizabeth Warren’s DNA ancestry test

The president also confused the date of his June 2015 campaign launch, a well-documented Trump Tower loby event where he descended an escalator with his wife Melania to face the first of hundreds of banks of television cameras.

‘The Fake News,’ he wrote Thursday, ‘have lost tremendous credibility since that day in November, 2016, that I came down the escalator with the person who was to become your future First Lady.’

November 2016 was the month of his election to the presidency.

Trump returned to a well-worn theme in his tweetstorm, claiming media companies are so frightened of losing the dynamism his presidency has brought to news coverage that they would ultimately endorse him over the Democrats who want his job.

‘Could you imagine having Sleepy Joe Biden, or @AlfredENeuman99, or a very nervous and skinny version of Pocahontas (1000/24th), as your President, rather than what you have now, so great looking and smart, a true Stable Genius!’ he wrote. 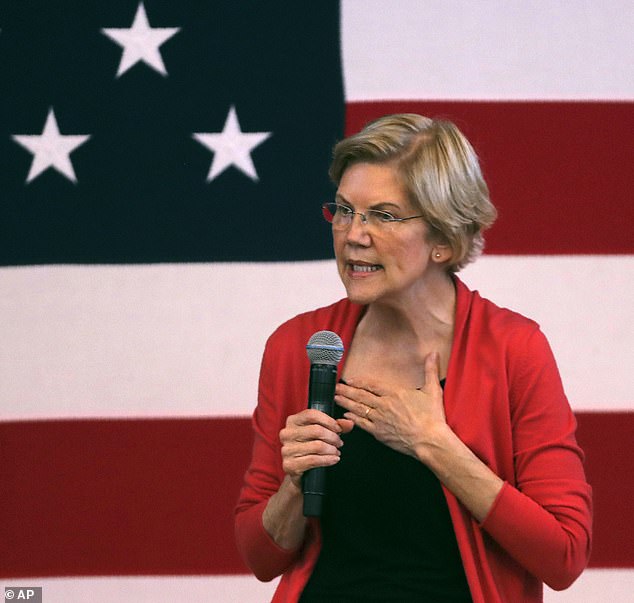 Sen. Elizabeth Warren, a Democratic presidential contender, scored an own-goal last year by revealing test results that pointed toward her having just 1/1,024 Native American DNA – contradicting her long-held claims; Trump got the fraction wrong on Thursday 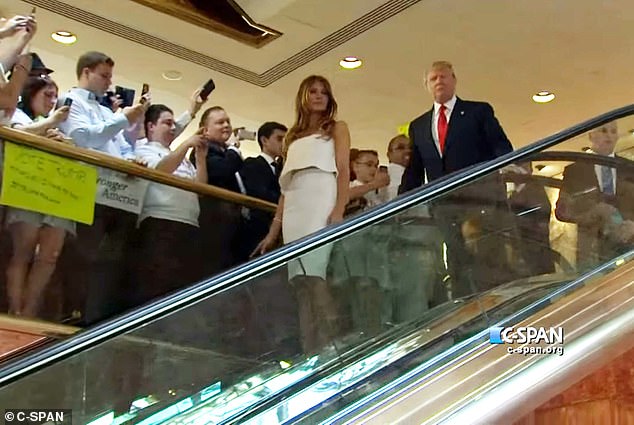 The future president and first lady ‘came down the escalator’ to launch his campaign in the Trump Tower lobby on June 16, 2015, not in November 2016 as he tweeted Thursday 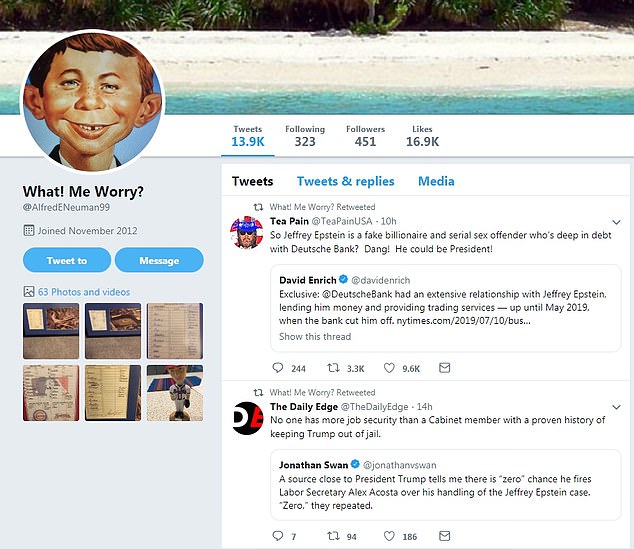 The president linked to this ‘Alfred E. Neuman’ Twitter account in an attempt to mock Democratic White House hopeful Pete Buttigieg; the account holder is a Trump critic who wrote that his Cabinet members are ‘more of a danger to our country’ than immigrants

Pocahontas is Trump’s preferred derisive nickname for Warren, who claimed for decades to be of Cherokee descent only to learn with the rest of America that her American Indian genes were scant.

The results showed that she likely shared 1/1,024 of her genetic code with Native Americans, a smaller proportion than the average American of European descent.

The ‘Alfred E. Neuman’ account Trump referenced belongs to an opponent with a small digital footprint who has tweeted insults to the president.

‘Who is with me for filing a lawsuit against the government for deception? When I pay an entrance fee to a national park, I expect that money to be used for the national parks and NOT diverted to pay for an event,’ the account wrote Wednesday, a reference to the administration’s use of National Parks money to fund Trump’s July 4 event last week in Washington.

‘We vett [sic] immigrants coming into our country much more than members of the POTUS cabinet. And who is more of a danger to our country?’ the anonymous user wrote Tuesday.

Thursday’s social media conference at the White House will feature a long list of disaffeted conservative activists who believe Twitter and Facebook actively discriminate against them.

The companies were reportedly not invited.