President Donald Trump has for months been speaking about his desire to have every drug dealer in the country executed, according to a new report.

The inspiration for the president’s idea is allegedly the laws in countries like Singapore, where the death penalty is mandatory for drug trafficking offences, and the Philippines, where the president is currently heading a bloody ‘drug war’.

‘[Trump] says, “When I ask the prime minister of Singapore do they have a drug problem [the prime minister replies,] “No. Death penalty,”‘ a source who says he’s discussed the matter with the president told Axios.

Singapore’s Misuse of Drugs Act dictates that anyone caught with a high volume of drugs is automatically presumed to be trafficking. The death penalty may be applied if someone is caught with more than 15 grams of heroine, 30 grams of cocaine, 500 grams of cannabis, and 1,200 grams of opium among other drugs and amounts. 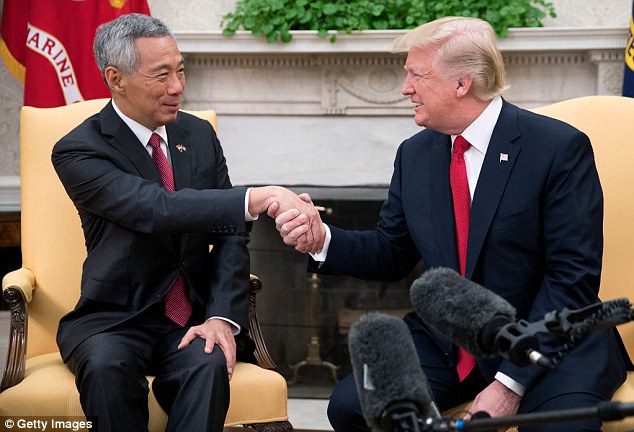 The inspiration for the president’s idea is the laws of country like Singapore, where the death penalty applies to drug dealers. Trump is pictured with prime minister Lee Hsien Loong

The president reportedly attributes the drug law – one of the toughest in the world – with low drug use in Singapore.

According to five different sources, Trump is passionate about the issue, often saying drug dealers are as bad as serial killers and should all be punished with death.

‘He often jokes about killing drug dealers… He’ll say, ‘You know the Chinese and Filipinos don’t have a drug problem. They just kill them,’ an anonymous senior administration official told Axios.

More than 12,000 people have been killed in the Philippines in drug-related operations since president Rodrigo Duterte took office in June 2016, according to Human Rights Watch.

Duterte has lobbied to bring the death penalty back to the Philippines and has stated he ‘would be happy to slaughter drug addicts,’ as reported by the New York Times. 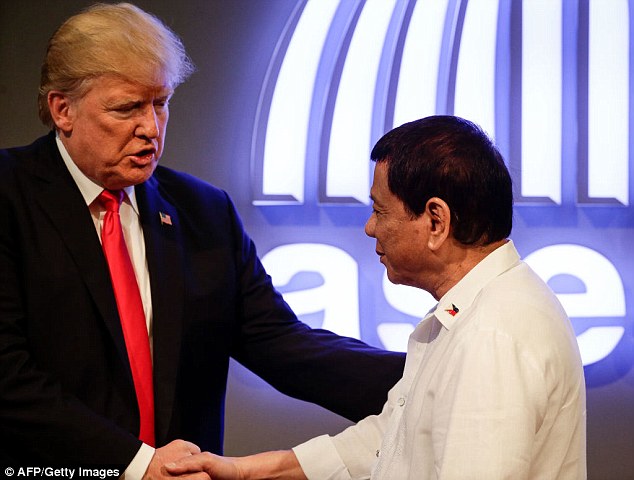 ‘He’ll say, ‘You know the Chinese and Filipinos don’t have a drug problem. They just kill them,’ a senior administration official said. Trump is pictured with Filipino president Rodrigo Duterte 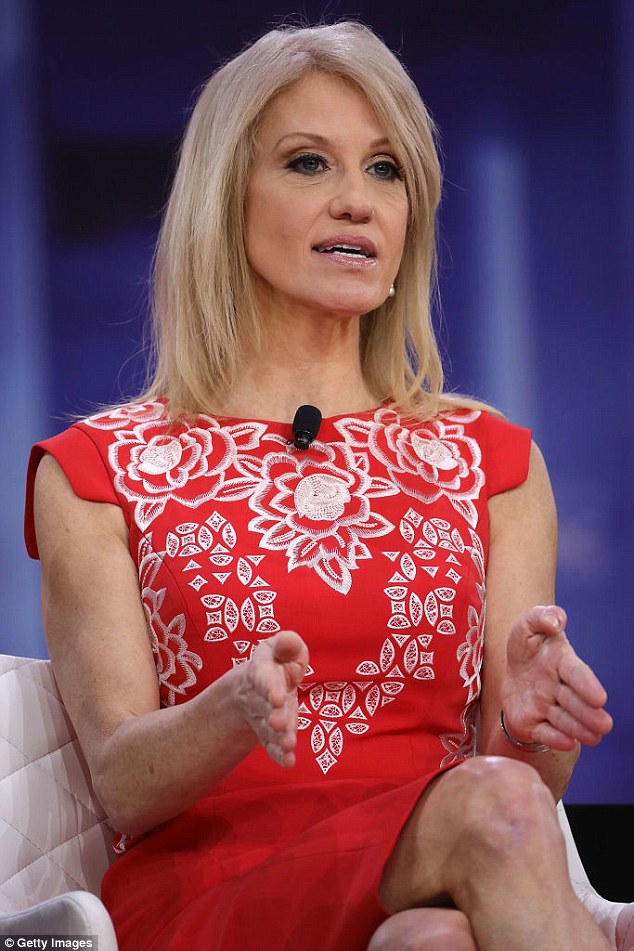 Trump reportedly thinks a soft approach to drug offences will ‘never’ work and tells those close to him that the government has to teach children that they will die if they take drugs and make drug dealers fear for their lives.

Although he’s admitted that passing legislation that extends the death penalty to drug dealing offences is unlikely, he would ‘love to have a law to execute all drug dealers here in America.’

When asked to confirm the president wants to execute drug dealers, Kellyanne Conway, who leads his administration’s anti-drug efforts, said Trump only wants to execute ‘high-volume dealers who are killing thousands of people.’

According to Conway, Trump’s point is that many states execute criminals for killing just one person while dealers can cause mass casualties without equally harsh punishment.