Trump’s Brexit snub to May: ‘I’d have been tougher’

Embattled Theresa May suffered a fresh blow last night after Donald Trump criticised her handling of the Brexit negotiations.

And the US President sparked a diplomatic row by claiming the Prime Minister had invited him to make two trips to the UK this year – including a State visit in October, with all the pomp that entails.

In an interview with Piers Morgan, to be broadcast on ITV tomorrow, the President said he would have taken a much tougher stance than Mrs May towards Brussels. 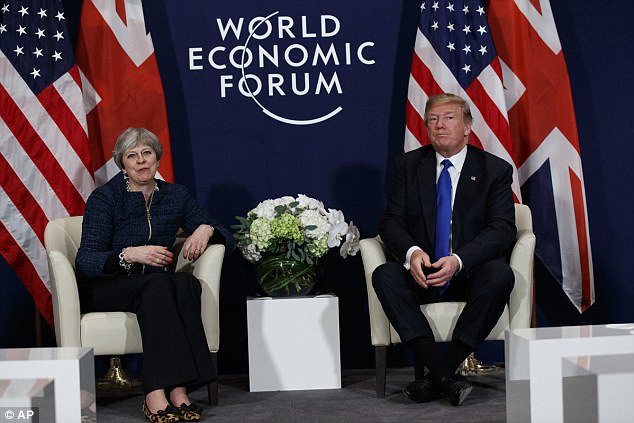 The president, pictured with the prime minister in Davos, said the EU isn’t all it’s cracked up to be in the ITV interview 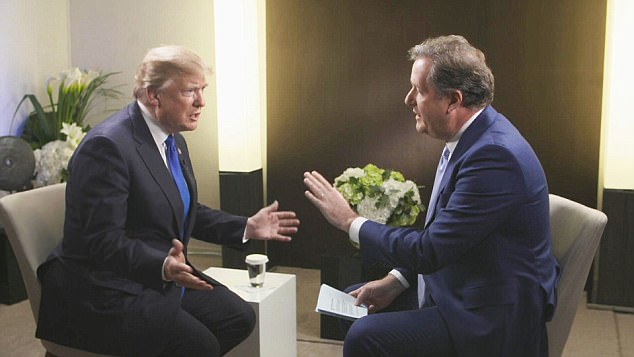 Buckingham Palace declined to comment. Mrs May’s invitation for a State visit – made shortly after Mr Trump entered the White House a year ago – had been put on ice as a result of widescale public opposition. 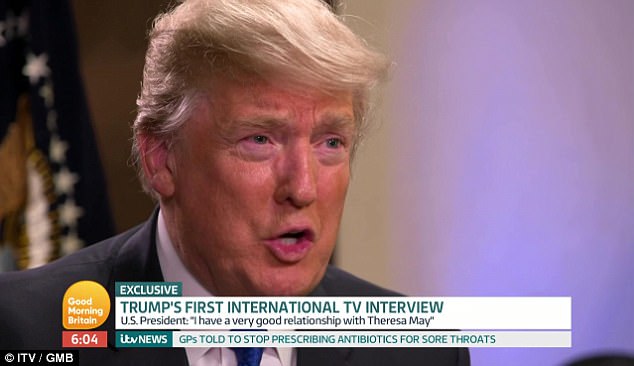