Interior Secretary Ryan Zinke says he’s taken three charter flights since March, including a late-night trip costing more than $12,000 from Las Vegas to his home state of Montana in June.

Zinke says no commercial flight was available at the time he planned to speak to Western governors.

Zinke says he also went on a military flight with the agriculture secretary to see wildfires in Montana. Zinke says his travel was approved in advance by Interior’s ethics officials. 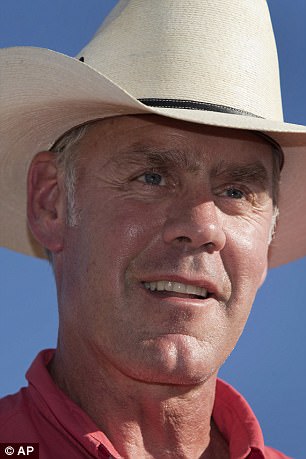 He says he works to ‘make sure I am above the law and I follow the law.’

The latest disclosure comes after it emerged embattled Health and Human Services Secretary Tom Price took flights to Europe aboard U.S. military jets that cost taxpayers more than $500,000 to operate – and brought his wife along for the trip.

The cost of Price’s international was revealed after his job was already on the line following revelations about his costly domestic jet travel on government-owned jets.

President Trump has said he is ‘not happy’ with the situation – and Price on Thursday agreed to pay back taxpayers $52,000 – the cost of his seats on the domestic flights, but not the total costs.

Price’s international trips about military jets bring his grand total to over $1 million since January. The trips were approved by the White House, which oversees travel by cabinet secretaries aboard military aircraft, Politico reported as it revealed the cost of the trips. 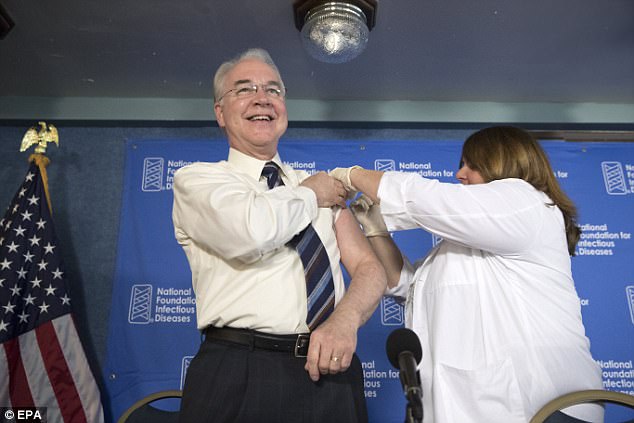 The latest disclosure comes after it emerged embattled Health and Human Services Secretary Tom Price took flights to Europe aboard U.S. military jets that cost taxpayers more than $500,000 to operate

Price was accompanied by his wife, Betty, as he toured global capitals this spring to attend global health conferences. He flew to Berlin, Geneva, Beijing, Tokya, Ho Chi Minh City, as well as Liberia.

He used a C-37B aircraft for the trip, according to the report – a military version of a Gulfstream jet.

In another embarrassing disclosure indicating Price has adversaries within the administration, Buzzfeed reported that Price asked a White House official – only two months after Trump took office – to tell the president he wanted to reopen an executive dining room at HHS. He wanted to reconstitute the dining facility, which had been closed since the George W. Bush administration, a second source confirmed to the publication.

Price undertook a damage control effort to try to save his job Thursday – releasing a statement saying he was done with government jets, agreeing to pay back some funds, and making his case on Fox News – a favorite network for the president, where he hailed Trump as a ‘remarkable leader.’

‘I work at the pleasure of the president. The president is a remarkable leader I’m incredibly privileged to serve in his cabinet and work on behalf of the American people,’ Price said.