Trump’s ‘phony’ source turns out to be White House…

President Donald Trump accused The New York Times on Saturday of inventing a source for a story who, in fact, was a White House official conducting a briefing for reporters under the condition that the official not be named.

Trump tweeted that the Times quoted an official ‘who doesn’t exist’ and referenced a line in the story about a possible summit with North Korea, which read: ‘a senior White House official told reporters that even if the meeting were reinstated, holding it on June 12 would be impossible, given the lack of time and the amount of planning needed.’

President Donald Trump points to members of the media as he arrives on the South Lawn of the White House in Washington, Friday, May 25, 2018 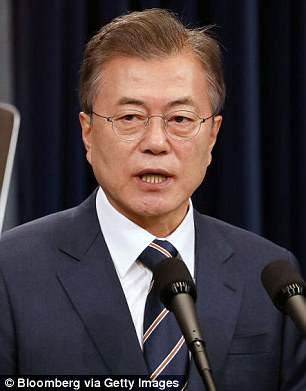 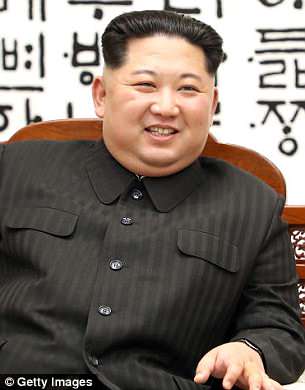 Trump tweeted that the Times quoted an official ‘who doesn’t exist’ and referenced a line in the story about a possible summit with North Korea (Pictured: N. Korean leader Kim Jong-Un on the right and South Korea’s president Moon Jae-in)

The Times reported in a story about the tweet that it had cited ‘a senior White House official speaking to a large group of reporters in the White House briefing room.’

Audio of the off-the-record meeting later surfaced along with the name of the White House official, identified as Matt Pottinger, an official on the National Security Council.

Journalist Yashar Ali was the first to identify Pottinger, who clarified why he outed the White House official in a tweet.

‘To be clear, the only reason I tweeted Matt’s name is because I’m not a White House reporter and I was not on this call. I do not believe reporters should violate off record or on background agreements under any circumstances. Not my agreement, so I can tweet,’ Ali wrote in the post.

Deputy Press Secretary Raj Shah can be heard in the audio introducing Pottinger, along with terms and conditions setting out what can be quoted in the background brief. 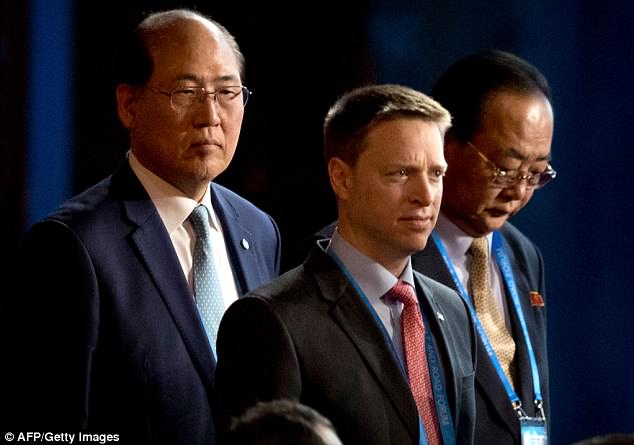 Matt Pottinger, Special Assistant to US President Donald Trump and National Security Council  (C) was outed as a source who gave a briefing to reporters on Saturday

The White House did not immediately respond to a request for comment.

Trump has repeatedly criticized the use of unnamed sources and labeled information related by unnamed officials ‘fake news.’

While Trump asserted the official did not exist, he also took issue with how the Times paraphrased the remarks. 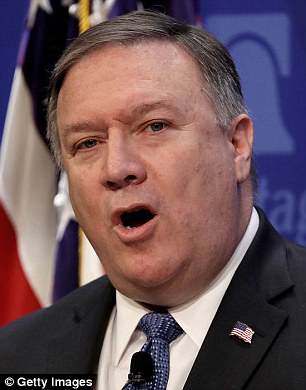 When asked at the briefing, which was attended by The Associated Press, if it was possible for the summit to go forward by June 12, Pottinger cast doubt, but did not give a definitive answer.

‘I think that the main point, I suppose, is that the ball is in North Korea’s court right now. There’s really not a lot of time,’ Pottinger said.

‘There’s a certain amount of actual dialogue that needs to take place at the working level with your counterparts to ensure that the agenda is clear in the minds of those two leaders when they sit down to actually meet and talk and negotiate and hopefully make a deal. And June 12 is in ten minutes.’

The White House press office invited reporters to the background briefing, both to attend in person or to call-in and insisted that the official not be named.

The AP reporter in attendance questioned why the briefing was not on the record – meaning that the official’s name could be used.

The official said the president had been talking publicly during the day, as well as Secretary of State Mike Pompeo, and that the briefing was intended to provide ‘background context.’