Donald Trump’s younger brother, Robert, called him ‘a great sportsman’ hours after the president claimed he could take ‘Crazy Joe Biden’ in a fight.

Trump has previously boasted his athletic ability in both football and baseball while he was growing up in New York.

His brother backed up these claims to TMZ on Thursday saying Trump was better at sports than him and calling him ‘a great sportsman’.

This comes after after Trump released his fury on Twitter against former vice president Joe Biden saying ‘he would go down fast and hard, crying all the way’ in a fight. 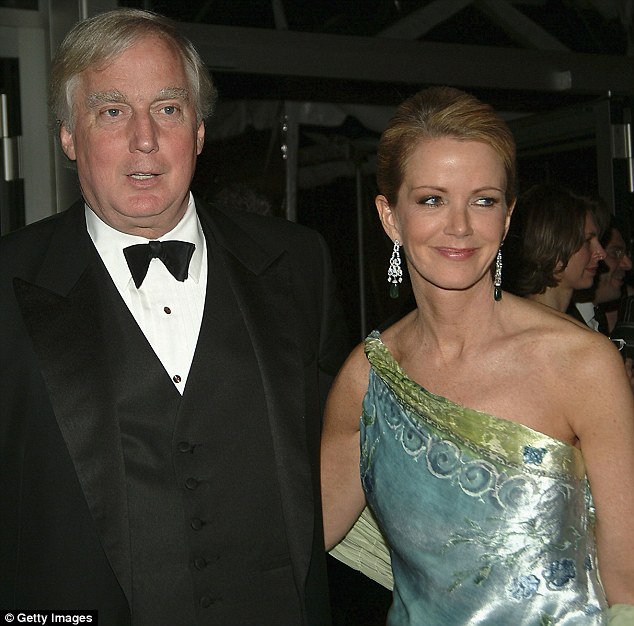 Robert, a retired business executive who ran the Trump Organization’s real estate holdings outside of Manhattan, defended his older brother’s athleticism on Thursday. Pictured is Robert in 2005 with his then-wife Blaine. 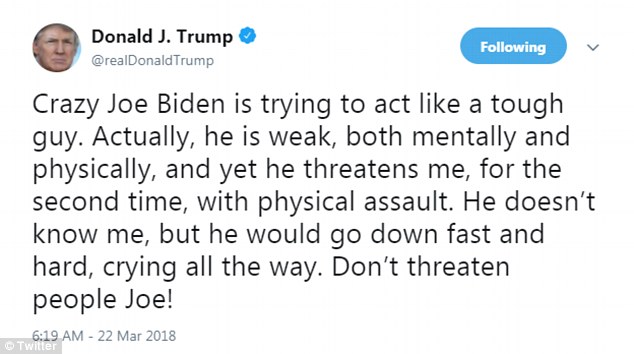 The president also has an older brother, Fred Jr, who died of alcoholism in 1981, and two sisters, Maryanne Barry and Elizabeth Grau.

Trump’s siblings have stayed relatively quiet during his time in office, but Robert went into the spotlight to defend his brother after Biden said he could beat up the president.

‘Crazy Joe Biden is trying to act like a tough guy,’ Trump wrote on Twitter Thursday morning. ‘Actually he is weak, both mentally and physically, and yet he threatens me, for the second time, with physical assault.’

Trump suggested he would win that fight.

‘He doesn’t know me, but he would go down hard and fast, crying all the way,’ the president wrote. ‘Don’t threaten people Joe!’

The tweet came after Biden attacked the president during an anti-sexual-assault rally at the University of Miami on Tuesday.

Biden brought up Trump’s Access Hollywood interview where the president made the infamous ‘grab them by the p****’ comment. 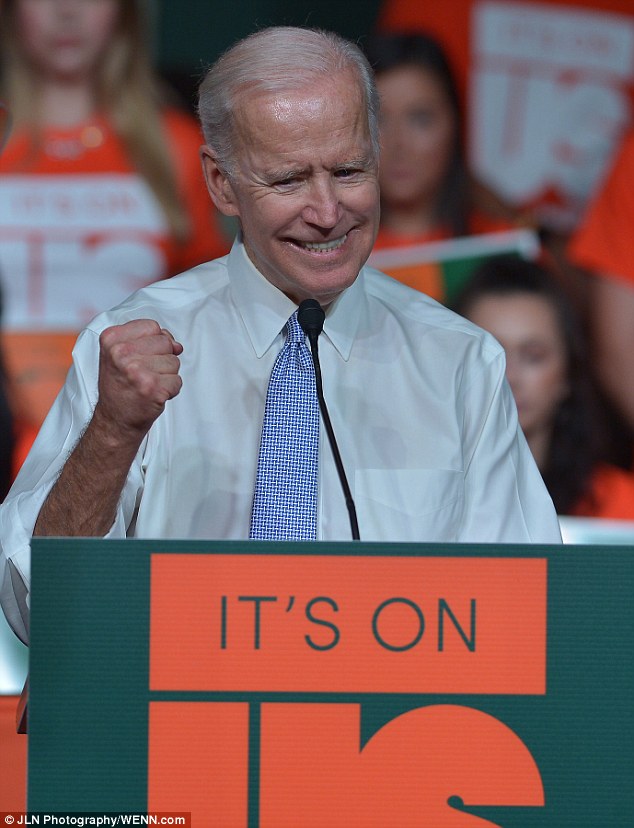 ‘A guy who ended up becoming our national leader said, “I can grab a woman anywhere and she likes it,”‘ Biden told his young audience.’They asked me if I’d like to debate this gentleman, and I said, “No.” I said, “If I were in high school, I’d take him behind the gym and beat the hell out of him,”‘ the ex-veep continued, repeating remarks he made in 2016.

Biden has risen in favor with the Democrats as a possible contender to run against Trump during the 2020 election season.